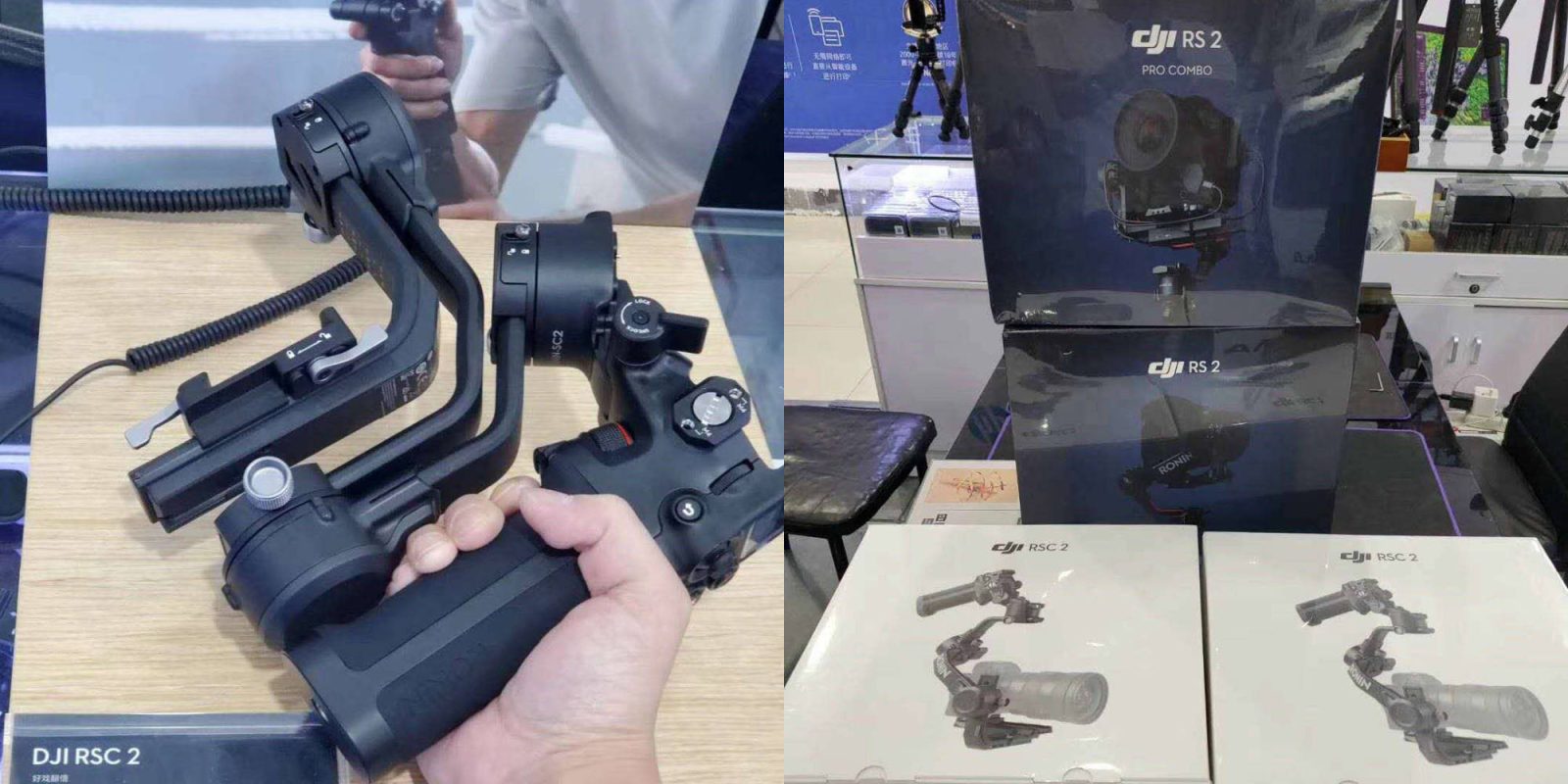 One day before the rumored release date of the upcoming DJI RS 2 and DJI RSC 2 the gimbals have once again leaked. This time they have leaked what looks to be a Chinese camera store showing off the packaging and a few specs of the Ronin SC2.

Once again the new images of DJI’s unreleased gimbals have come from Twitter user OsitaLV. From the two images he has shared on Twitter, the gimbals look to already be in stores in China.

Stores likely received units a few days ago to keep up with demand but are not allowed to sell them before the official release date.

Taking a closer look at the image of the Ronin SC2 on display, we can see a few new specs we haven’t seen before. We now know the gimbal can hold payloads of up to 3 kilograms and weighs 1.2 kilograms without a payload. Comparing this to the original Ronin SC, it’s 100 grams heavier and can hold an extra kilogram of weight.

We can also see the new gimbal will have a battery life of 14 hours, three more than the original Ronin SC, and a charge time of two hours, 30 minutes less than the Ronin SC. It also looks like the gimbal will now be able to fold down to let you get low angle shots much easier, as well as being able to disconnect it from the handle. This new underslung mode can be seen in the second image.

Two days ago, we got a possible release date for the DJI RS 2 and the DJI RSC 2. Twitter leaker OsitaLV shared that the new gimbals will be released on October 15th, only one day away. We can’t confirm this date at all, but with the number of leaks and the gimbals already on the FCC database, it’s highly likely that we could see the gimbals release on the 15th.