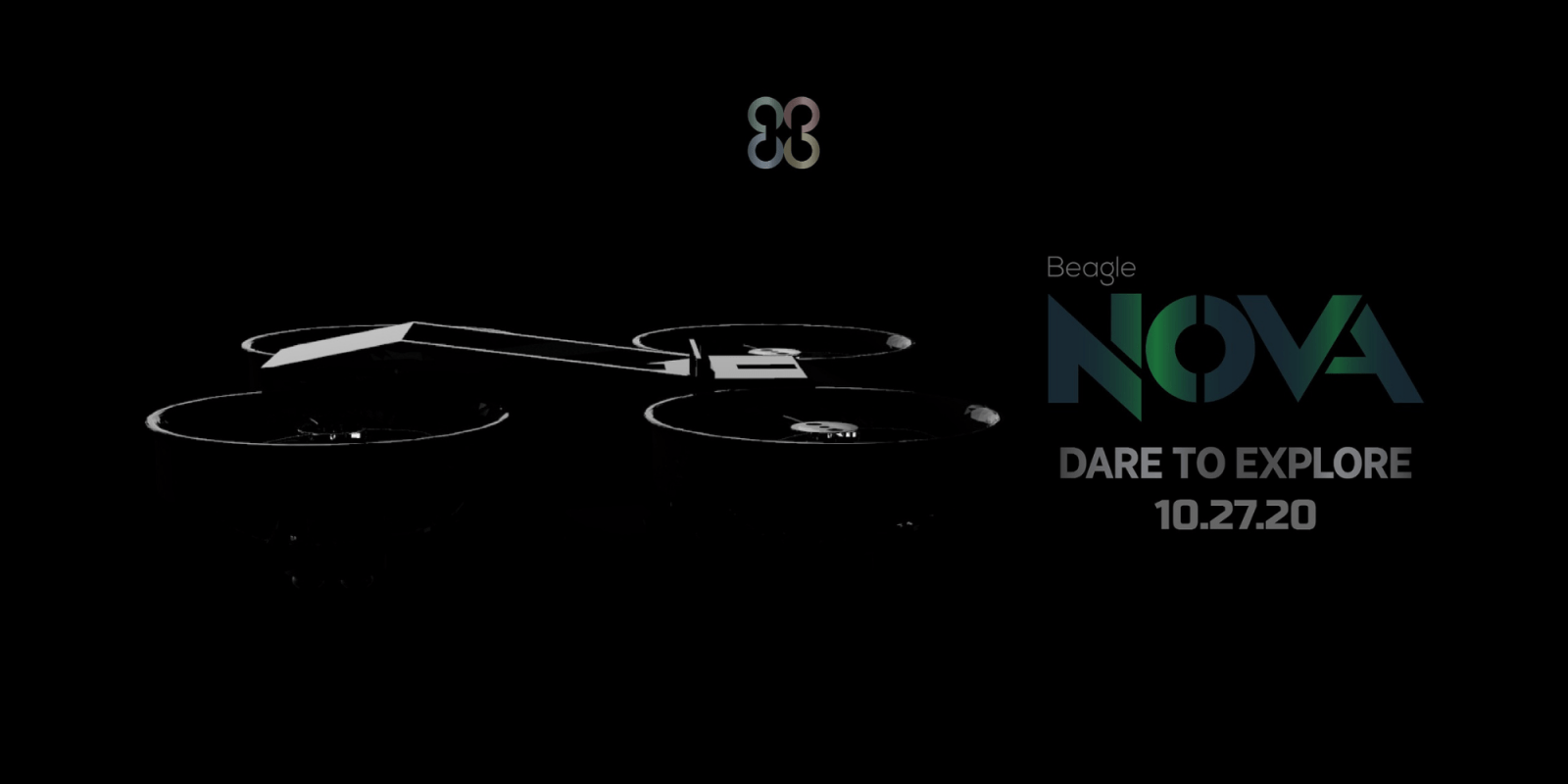 Why do we call these guys “Awesome?” Because we’re big fans of the Beagle Drones business model, which we’ll explore later in the story. We’re also huge fans of what this startup is about to do: Launch a very well-thought-out CineWhoop on Kickstarter later this month. And we have some deets… right now.

We became aware of Dwight Neptune and his New Jersey-based Beagle Drones just last month. A colleague spotted a slick video about the startup life, featuring Dwight Neptune. He’s the CEO and co-founder of Beagle Drones. And Dwight and his team are on a mission: To supply creators with reliable FPV flying machines that represent a solid value. More than that, Beagle Drones creates products that do not require an engineering degree, or watching 643 hours of YouTube videos, to be able to program and fly. In other words, you can take a Beagle Drones product out of the box and get an excellent flying experience without having to learn all that stuff.

If you’ve flown FPV, you know what I’m talking about. It’s learning about the inner menus of radios that can be pretty daunting. Flashing firmware and noodling with endless settings using BetaFlight configurator. Staring bleary-eyed at your laptop because Open-TX companion doesn’t feel like recognizing your radio tonight. Inadvertently inhaling more solder smoke and wondering if this might have health implications down the road.

We know… it’s a hobby

Listen, we get it. For many, all of that tinkering is part of the broader hobby that some absolutely embrace when entering the FPV world. And yay – serious kudos to all those people (and there are many) who doggedly slog their way through and learn stuff and become pretty proficient at all this. (On a personal note, I’m part of the way there. But it’s been more than a little frustrating at times.)

If you’re one of those people… Beagle Drones has something special coming.

It’s called Nova, which refers to a star that shows a sudden increase in brightness before again returning its original state. And the sudden brightness will come on or about October 27, when Beagle Drones will launch a Kickstarter campaign to put the new drone into as many hands as possible. Now, it’s teasing what is to come:

And like Beagle’s popular Drone Kit 2X before it, you don’t have to invest a significant amount of your life learning how to make the thing work. Says Neptune: “Our products, although technically an FPV product, it’s geared toward a content creator. That’s really who we build for. With the NOVA, you take it out of the box and you go.”

Because we’d interviewed Dwight Neptune previously for DroneDJ, we knew he was planning to launch a new drone in late October. So we simply asked him if they’d consider giving us some details ahead of the pack. So we sat down for 30 minutes, virtually, with Neptune and cofounder Luis Guzman. There were some details we cannot share, but some things we can. And the things we can? They’re pretty awesome.

For starters, this machine comes with a seriously upgraded FPV camera. In fact, the FPV camera is 4K, 60 FPS and has been designed so that it can be used as your main camera. Yes, you can pilot your drone in FPV mode, while it’s recording exactly what you are seeing. Neptune explains that it’s a Caddx module that they identified, then worked with Caddx to further optimize making it the eye of the Nova.

And the best news? All-in, with battery, the Nova weighs less than 250 grams. This has advantages when it comes to legislation and registration requirements. That’s because regulators believe that drones below this cut-off weight are very unlikely to cause injury or damage in the event of a mishap. It’s made this the Holy Grail weight class, especially for beginners, and is the reason DJI’s Mavic Mini comes in at 249 grams. The Nova is also, Beagle Drones, a very special product.

This is actually the first product where we’ve pretty much gone and designed it from complete scratch. We’ve got a new frame, custom motors, custom flight controller, custom camera from Caddx. We’ve probably been working on all of this since last January.

Another key feature that CTO and cofounder Luis Guzman is particularly pleased with are the Nova’s multiple flight modes. Beagle Drones has three different flight modes that can be activated by switches on the controller. One of those modes is specifically tuned for those who wish to place a GoPro on top as the main cinematic camera (the Nova ships with a GoPro mount). Those modes are:

Cinematography mode is tuned to be easy to control while keeping jarring movements to a bare minimum. The relatively small battery mounts on the top of the Nova and provides six minutes of flight time – well above the CineWhoop average times of 3-4 minutes.

And what does CTO Guzman like most about this product?

Just the way, how smooth it flies. How simple it will be to get started. Getting into FPV you really have to know how to do a lot of stuff. With this, you can just start flying. Plus, with the support that’s around this, it’s really going to be game-changer in FPV.

The prices haven’t been completely nailed down yet. But Neptune believes the Nova will go on Kickstarter for somewhere around the $300 range for Nova and controller (awesome buy). If you want FPV goggles with the kit, it will be about $100 more. Either way, it’s a lot for the money.

And if you’re jonesing for something now? Consider their Drone Kit 2x. Same philosophy around ease of flight, same great support, and this product already has tons of fans out there. Plus, Dwight Neptune has generally offered a $50 discount if you use the code “DroneDJ” at checkout.