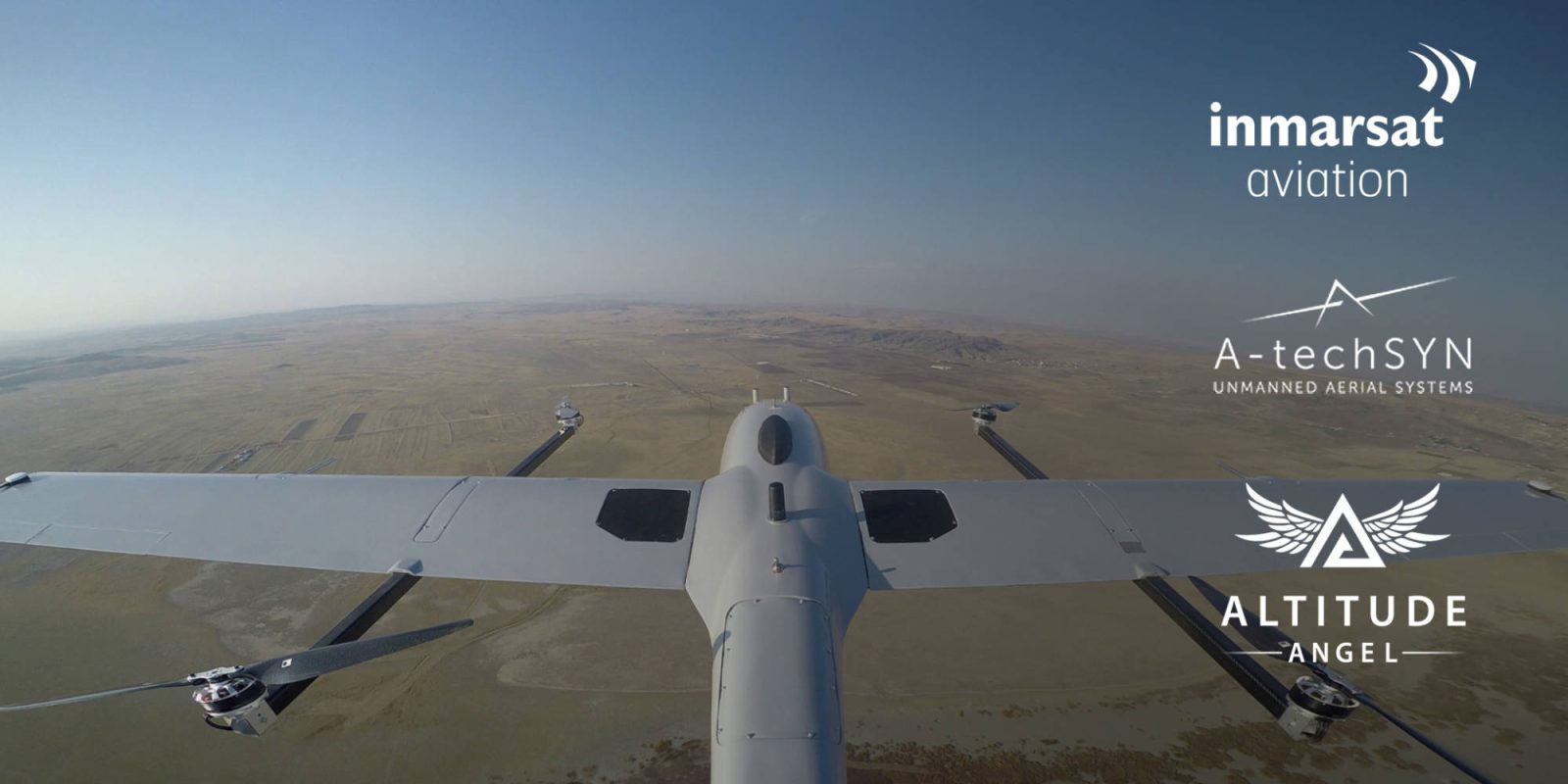 Altitude Angel in partnership with Inmarsat and A-TechSYN, has successfully shown off its Pop-Up UTM platform during a recent test flight. The test allowed for a beyond visual line of sight (BVLOS) flight to take place in a safe way that allows it to share the airspace with crewed aircraft.

The test flights took place during October and November using A-TechSYN’s CGT50 VTOL drone with a maximum flight time of six hours and the ability to transport up to 5 kg (11 lbs).

“Our partnership with Inmarsat in the development of Pop-Up UTM has, in a little under six months, engineered a platform which has the power to save lives and revolutionize the way operators deploy UAV services. The trial flights not only established how Pop-Up UTM could be quickly deployed, but the unexpected arrival of a GA aircraft and its triggering of the de-confliction software demonstrated how the platform will perform in a real-world environment.”

The drone was equipped with a Cobham AVIATOR 200 Satcom in combination with UAV Navigation’s POLAR Attitude & Heading Reference System (AHRS), allowing it to stay connected during the BVLOS flights safely. The drone was tracked during all the operations using Inmarsat’s global L-band satellite network.

The drone took off from Ankara, Turkey, and was monitored by a pilot 60km from the take-off and landing area. Over in the United Kingdom, Altitude Angel’s team was monitoring and managing the drone via its Pop-Up UTM platform that requires no ground infrastructure to work.

“With our global satellite network, and more than 30 years of experience in communications, navigation and surveillance services, Inmarsat is uniquely placed to be the catalyst for growth of the commercial UAV market and bring powerful benefits to business and society as a result. With flight tests now complete, we are excited to offer new UTM services in 2021 and beyond that will help businesses unlock the limitless possibilities of commercial drone operations.”

The test flights became very successful, with the UTM platform offering full situational awareness to the team. During the test flights, the platform detected a possible conflict with crewed aircraft. As designed, it put the drone on a new route that allowed it to miss the aircraft.

“With this demonstration, we have successfully overcome a significant challenge facing the aviation industry – safely integrating UAVs into civil airspace. UAVs weighing more than 50kg, such as A-TechSYN’s CGT50 VTOL, are fast becoming the gold standard in unmanned operations, including search and rescue, pipeline/powerline inspections, and long-distance medical delivery. We are very happy with the results of the Pop-Up UTM and have decided to make Inmarsat Satcom connectivity and UTM integration standard on all our CGT50 VTOL units.”

The system will specifically be deployed where a beyond bisual line-of-sight (BVLOS) drone flight is taking place and removes the need for infrastructure on the ground to be built. Pop-Up UTM also utilizes Inmarsat’s global network of satellites, meaning the system can be deployed worldwide.