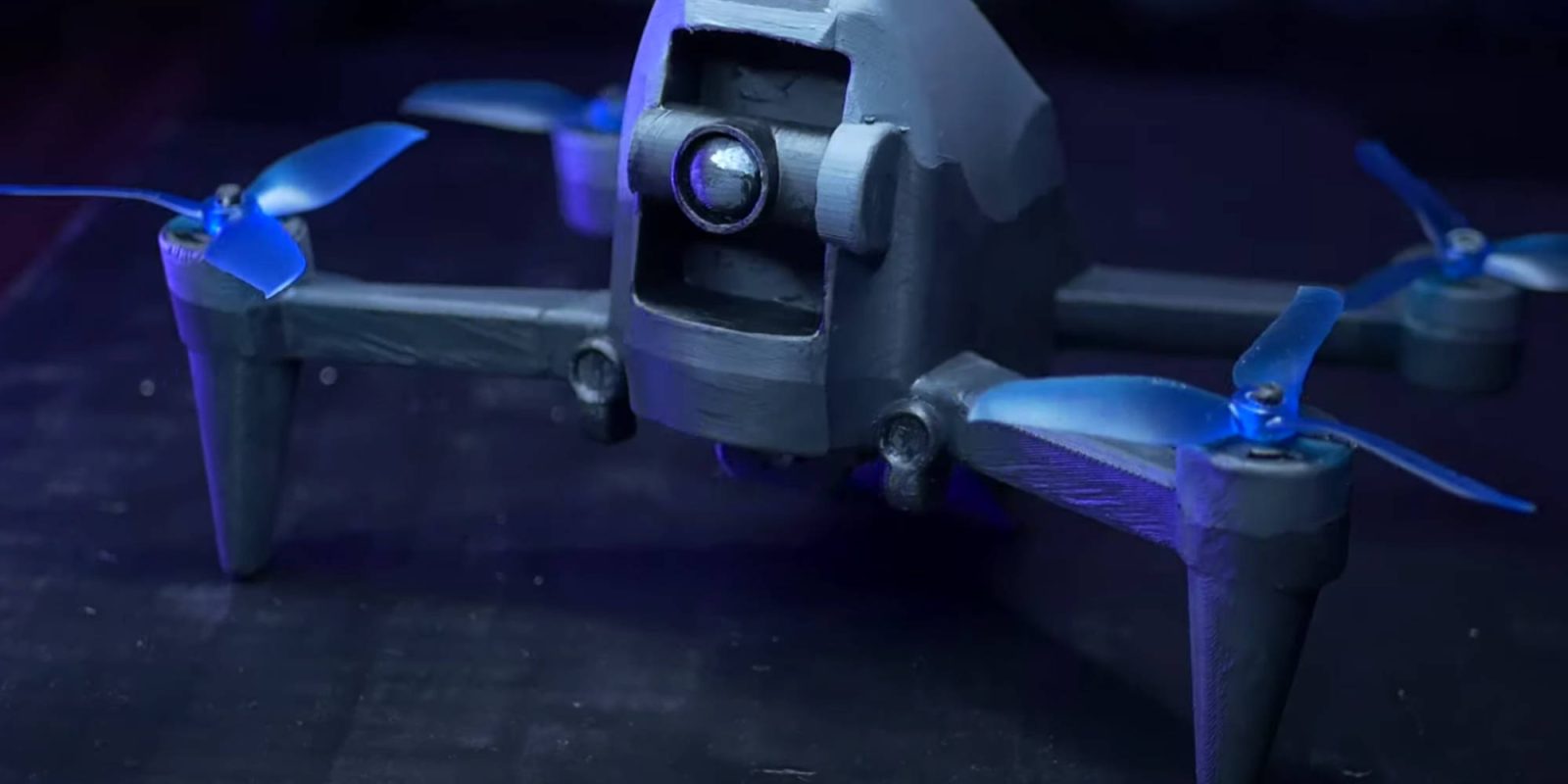 YouTuber DronesGator has managed to impressively 3D print DJI’s upcoming FPV drone by taking measurements from leaked images. The video goes in-depth into measuring, modeling, printing, and painting the drone to match the images we have seen of it.

The DJI FPV drone has been leaked many times over the last few months in images and videos. It even made its way onto the FCC database. One thing we haven’t seen before is someone making their own life-size one.

In the first part of the video, Paul goes through the measuring and modeling process of creating the drone. He used the FPV goggles, which appears to be the same size as the current ones, to measure the drone’s length, width, and diagonal length.

From this, Paul was able to roughly estimate the rest of the drone’s size and the components to create a somewhat accurate drawing of it. From this drawing, he created a 3D model of the drone, which looks to be pretty close to the real thing. It’s amazing to see the amount of detail that was pulled out of a few images.

Once the modeling process was complete, Paul moved onto 3D printing the drone. To do so, the drone was split up into multiple parts to fit on the print bed. To get all the parts printed, it took about 35 hours spread out over two days.

Most people would have called it at this point. Paul didn’t and went on to paint the drone similar colors to the images. To do this, he got his hands on some acrylic paints and got his girlfriend to help. This resulted in a pretty cool-looking mockup of what the DJI FPV drone looks like.

There’s no doubt that Paul did a great job of re-creating the soon-to-be-released DJI FPV drone. However, it doesn’t fly. It would be awesome to see the mockup flying before the real one is released, but this would require more 3D modeling to work with parts. This could also lead to the public’s file being made available to create their own DJI FPV drones.

Be sure to watch the full video below to see the process that was required to create an accurate size 3D-printed DJI FPV drone.

Check out the rest of our DJI FPV drone coverage below: