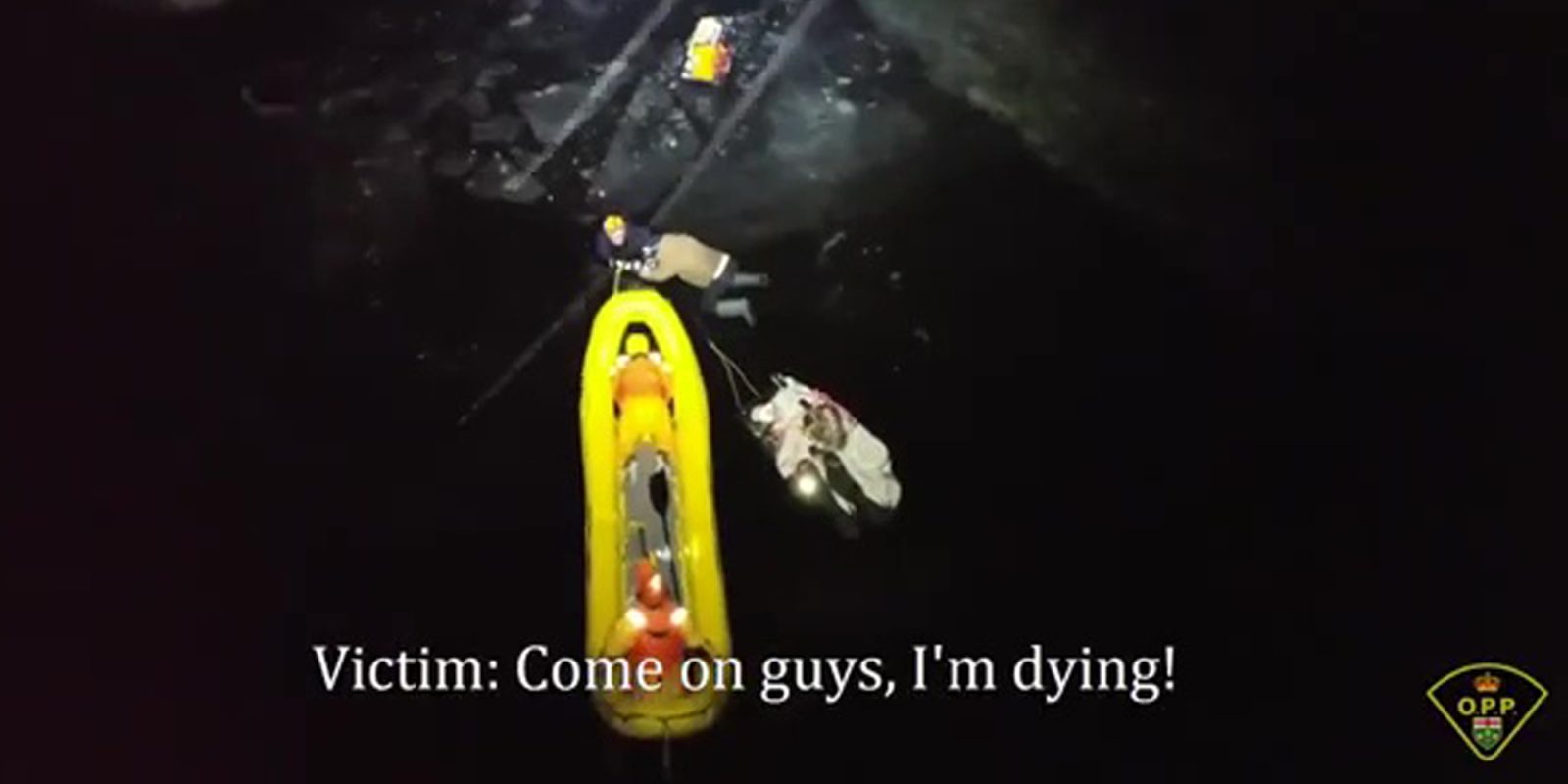 The Ontario Provincial Police released drone video of a dramatic rescue after two fishermen fell through the ice on a lake near Ottawa, Ontario, last week.

The two-minute video appears to show one man pulled from the icy water just in time.

Two men, aged 57 and 26, were ice fishing on Mississippi Lake when the surface gave way, and they fell into the water just before 8 p.m. on New Year’s Day.

The 26-year-old managed to pull himself out, but the older man kept falling through the ice. Police say the younger man struggled to keep his companion from going under.

Police at the Lanark, Ontario detachment were informed, and by the time the emergency response team arrived, the older man was nearly exhausted. They deployed a drone with a spotlight to hover over the lake during the rescue.

The drone video of the dramatic rescue includes audio of a 911 call with the caller frantic his friend is becoming hypothermic.

Due to the unsafe conditions, police and paramedics had to wait for firefighters to arrive with ice rescue equipment.

Police say the older man struggled in the water for more than 45 minutes but found just enough strength to hang on to his friend as help arrived.

At one point, the older man says he’s dying, but his companion urges him to hold on. “He’s barely got the rope. He has like 30 seconds and he’s going under,” the younger man said.

Seconds later, firefighters in a rescue boat pulled the older man from the water.

Temperatures in Eastern Ontario are erratic this winter, and police say most ice is not thick enough to safely support people.

Drone manufacturer DJI estimates drones were instrumental in the rescue of more than 500 people last year.