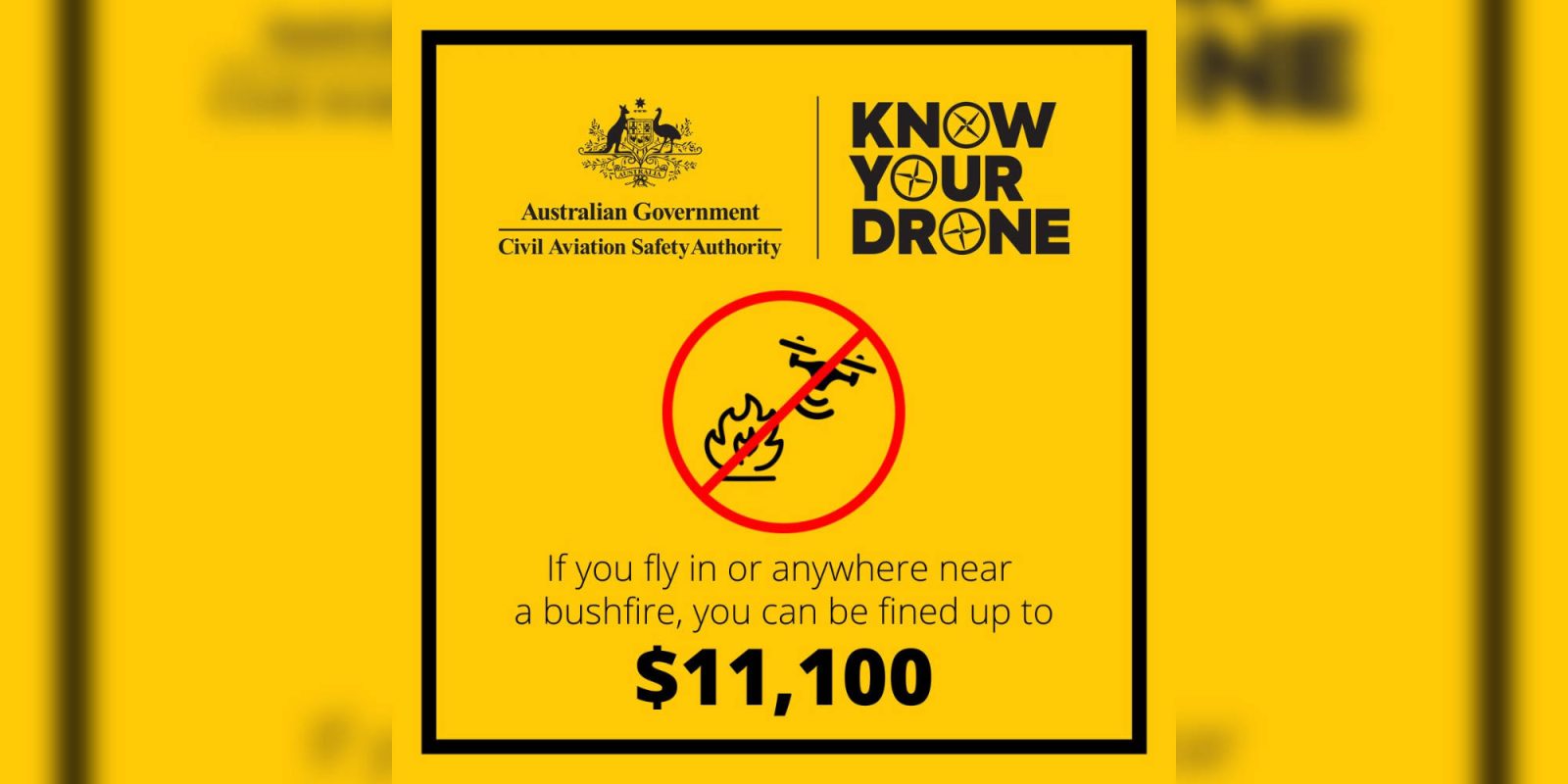 The Australian Civil Aviation Safety Authority (CASA) has sent out a reminder to all drone pilots to stay away from bushfires, with huge fines and possible jail time if you are caught. Every year Australia and the world receive a battering from bushfires, and firefighters don’t want to deal with drones.

Although this reminder is coming from Australian authorities, it’s important to not fly a drone near any fire or emergency situation.

Australia’s CASA took to Twitter earlier today to remind people not to fly drones near a bushfire as the Aussie season kicks off. As summer is in full swing down under, more and more fires pop up every day, stretching resources thin.

When an intense bushfire is raging through or near a city, the number-one priority is to stop it from heading toward people and homes. Aerial firefighting with helicopters and tankers achieve this by dropping large amounts of fire retardant along fire lines.

As a result of this, the airspace around a fire is usually restricted for the immediate future. Drones must abide by this as well. A few drone pilots haven’t listened to this in the past and have caused firefighting to come to a stop, putting lives in danger.

Flying a drone near a bushfire is illegal and can run you up a fine of AUD$11,100 and up to two years in jail. Make sure you check where you are flying beforehand, and visit the CASA website to stay up-to-date with the latest drone laws.

Have a look at the numerous instances drones have grounded aerial firefighting efforts: