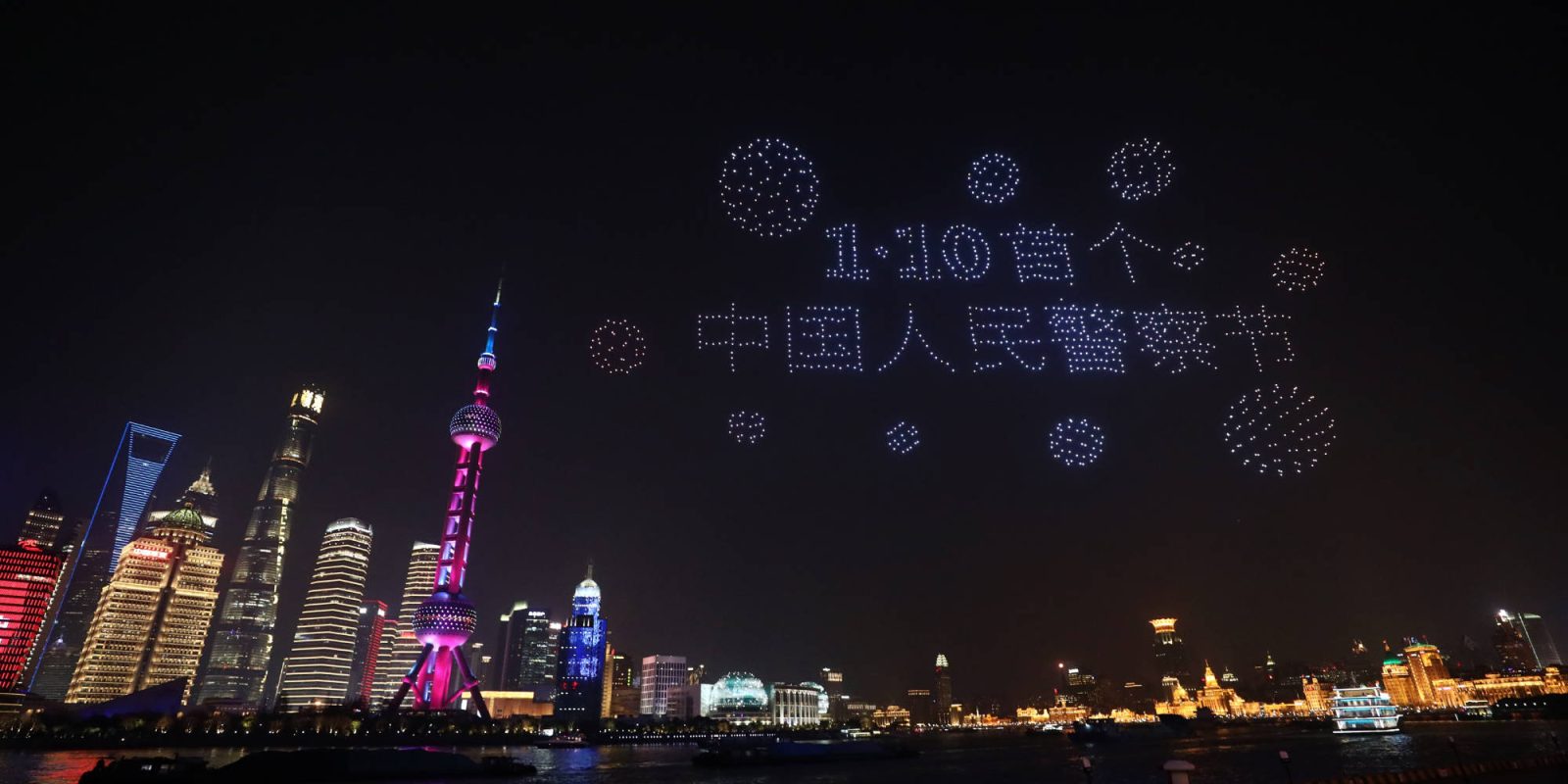 During the recent celebration of the Chinese People’s Police Day, drones were used to both promote China’s emergency number and thank its police force. The day saw more than 1,000 drones hit the sky, creating some impressive aerial visuals.

On January 10, the people of China celebrated Chinese People’s Police Day, a first for what is now an annual day to thank the people working every day to save lives and make the country safer.

The date (1/10) was chosen for the day as the emergency police number in China is 110, to make it even more memorable for the Chinese people. Along with a 1,100 drone light show, more than 400 police officers took part in a flag-raising ceremony held at the Shanghai Public Security Bureau police training center.

On the day, a new police call center was also unveiled in Shanghai to help cope with the growing population and the huge number of calls already received daily. Shanghai currently has around 60,000 police officers for around 24 million residents. That’s one police officer for 400 residents.

Now for the part that most of us are here for: the drones. All 1,100 drones take off and go straight into formation, creating a rainbow that then changes into why the drones are flying, Chinese People’s Police Day. The drones then create the Chinese police’s national flag before displaying all the branches of the police force.

The drones then form into an officer saluting the crowd and then creating the police emblem. At this point, the drones begin to lower toward the ground, creating a cool falling rainbow effect. You can watch the full eight-minute drone show below: