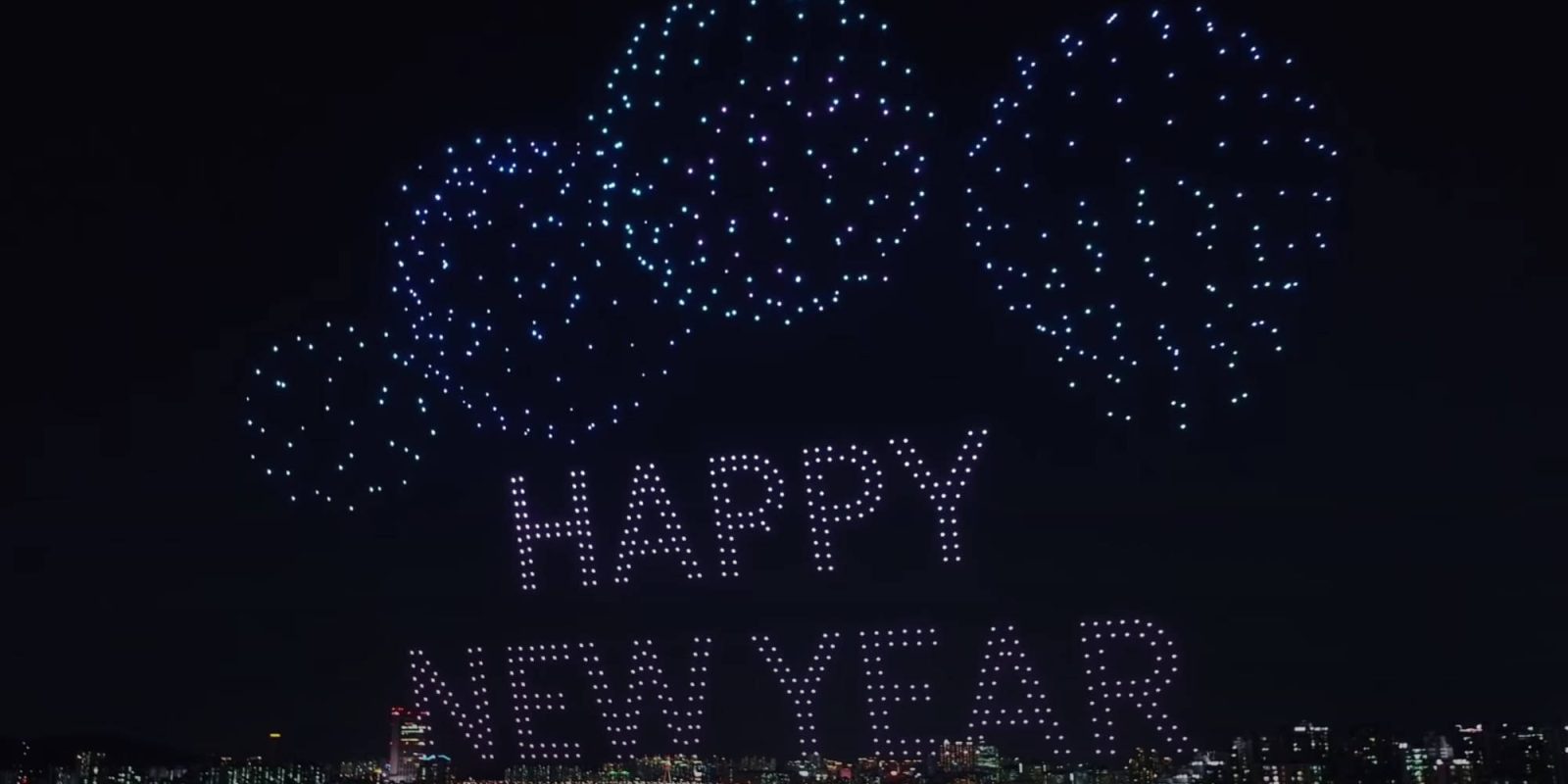 Automotive giant Hyundai lit up the sky in Seoul with an impressive drone light show to countdown the world into the new year. The drone show was also part of the BigHit New Year’s Eve live concert, with Hyundai being a major sponsor for the K-pop groups under the label.

We aren’t sure about the exact number of drones used in the show, but it looks to be about 1,000 drones on the ground ready to take off from the video.

At the beginning of the video, the drones take off in sets creating a visually pleasing layered effect as the drones begin to fly into formation. The first image created is a Hyundai car with the word “Wish.” Compared to the company’s website, it looks to be its Prophecy concept electric car.

The drones then form into two hands with a barrier in between, signifying social distancing and the amount of time we all had to stay apart from one another in 2020. It then changes into an image of the two hands slowly connecting.

The drones then began the countdown to the new year, with the help from powerful lights below. The drones then formed “2021” and displayed simulated fireworks. As the clock ticked over to 2021, a song performed by the K-pop group BTS came on, while the drones formed to say “Happy New Year.”

Before the end, the drones formed a leaping bull to symbolize the world getting out of the pandemic together and achieving everything we want to in 2021.