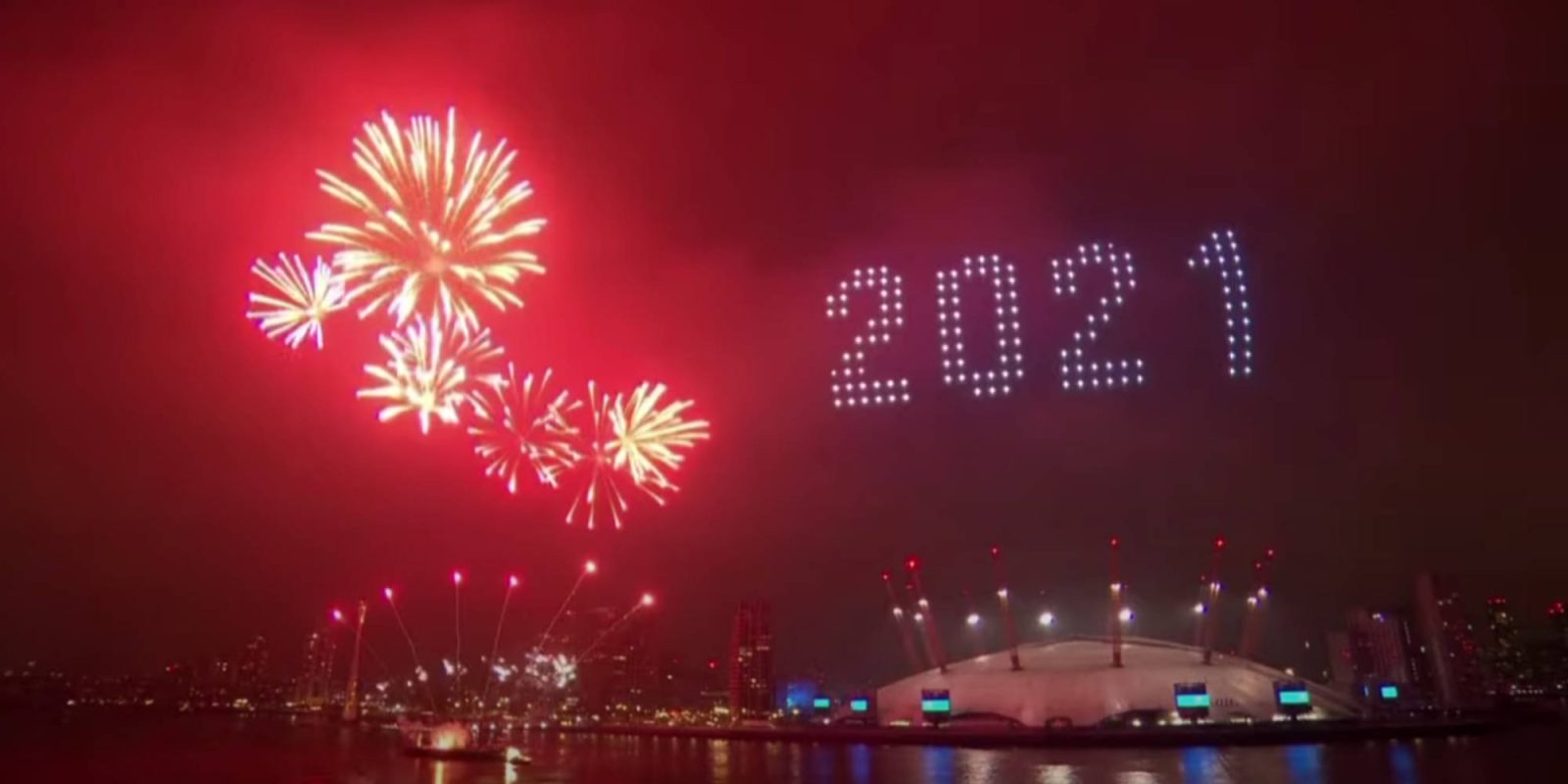 Along with the usual firework display, drones joined in on the fun during the New Year’s celebration in London late last week. The drones were used to complement the fireworks, displaying cool images, key ones from 2020, and more.

The almost 9-minute New Year’s Eve celebration showed drones off in one of the best ways possible, entertaining people. The drones started by displaying 2021 as the clock ticked over into the new year.

After a cool transition, the drones formed into a bird flapping alongside the fireworks for about a minute. The drones then disappeared while the fireworks took over the show, before appearing again, displaying the National Health Services logo with a heart surrounding it. A girl’s voice can also be heard in the background thanking the frontline workers.

The show continued with the drones mimicking the fireworks for a little bit before displaying the mute symbol, linking it back to the increased amount of video calls we all had to make this year due to working remotely. A strong fist was then displayed, sharing the importance of the Black Lives Matter movement that took over the world earlier this year with Stormzy’s Blinded By Your Grace, Pt. 2 playings in the background.

The fireworks took back over for a few seconds before the drones returning to spell out “All Together,” “Join Together,” “Hope Together,” “Love Together.” The drones then formed a heart to match the music. The celebrations ended with David Attenborough talking about our planet, with the drones displaying a turtle with Earth as its shell.