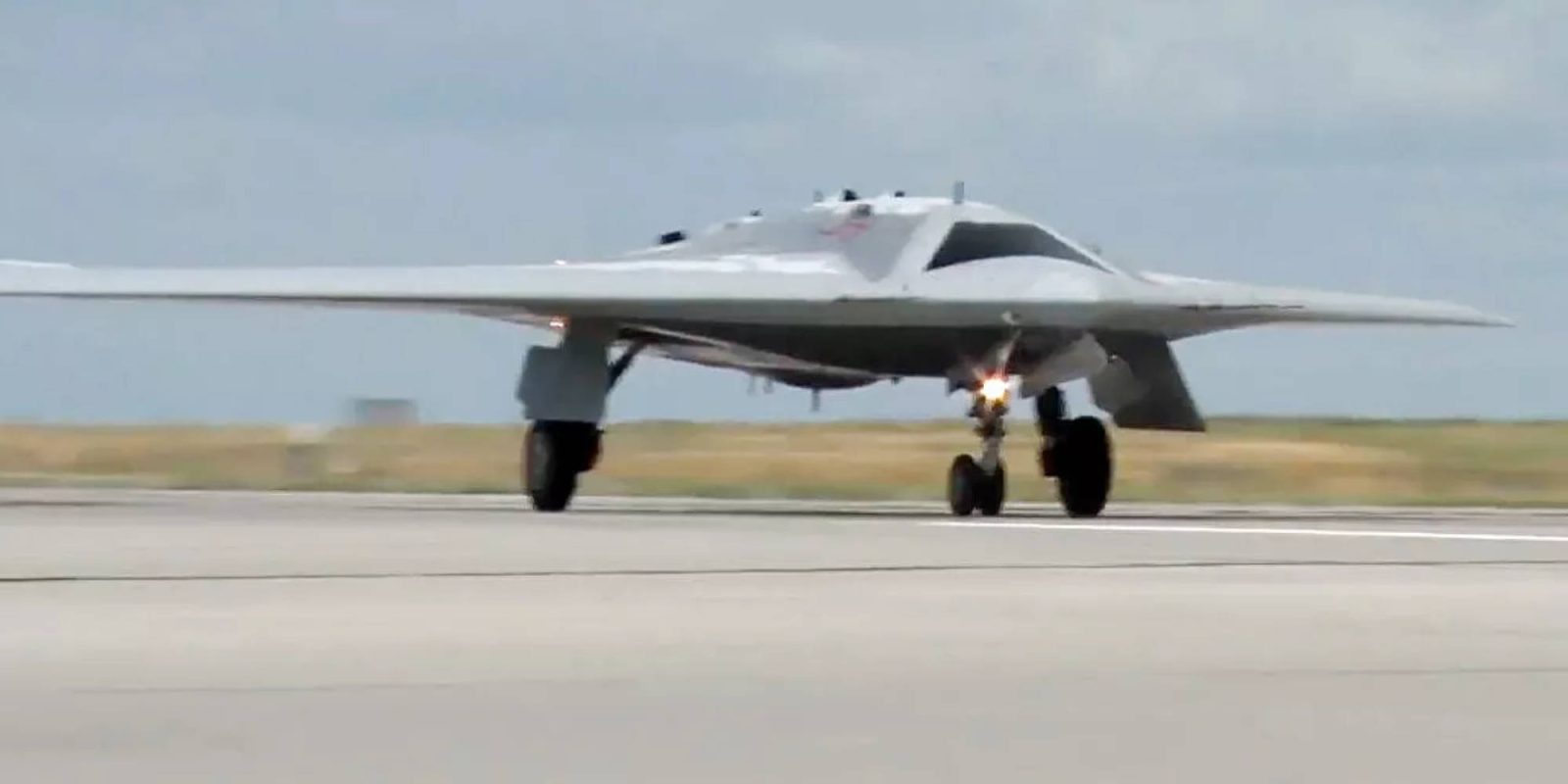 Russia’s Okhotnik stealth fighter or Hunter-B killer drone has dropped an unguided bomb for the first time in the latest testing round. The testing took place at the Ashuluk range in southern Russia, where a 1,100-pound bomb was reportedly dropped.

A source also shared that the drone has been equipped with the latest navigation and detection system to allow it to drop bombs on precise locations and other aircraft.

Previous tests have taken place that have defeated ground targets but did not use unguided bombs dropped from the body compartment of the drone.

The drone has also been equipped with an offline targeting system that uses pre-assigned coordinates to bomb a position even if the drone is connected to the network.

The Okhotnik stealth fighter or Hunter-B killer drone features the latest stealth technology, follows stealth design language, and has a take-off weight of 20 tons. The drone is powered by a jet engine that allows it to fly at around 1,000 kilometers per hour (621 miles per hour).

According to the Russian Defense Ministry, the drone is also covered in an anti-radar coating and is packed with electro-optical, radar, and other reconnaissance hardware. In August of last year, the drone completed its first test flight side-by-side with a Su-57 fighter jet.

The last five months or so have been packed with drone news coming out of Russia. In September, Russia tested its first drone swarms during its Kavkaz drill. Various drones were used to provide surveillance of enemy soldiers, command centers, weapons, and military equipment to better aim airstrikes.

The three drones used in the training exercise were the Forpost drones commonly known as the IAI Searcher, the Orlan-10, and the Eleron-3. The drones fly at heights from about 328 feet to 16,400 feet, depending on the use case.

During December, it became public that Russia has been testing out its Tu-95 bomber as an air-based control station for its drones, allowing the range of the drones to effectively be extended to wherever the bomber is. The crew on-board used the trial as a training exercise to guide drones from the cockpit for future missions.

For the trial to even happen, the plane had to be retrofitted with new equipment that allows the drone to be controlled, essentially making it an aerial control center. The Tu-95 bomber was produced from 1952 until 1993, making some of the bombers 68 years old.