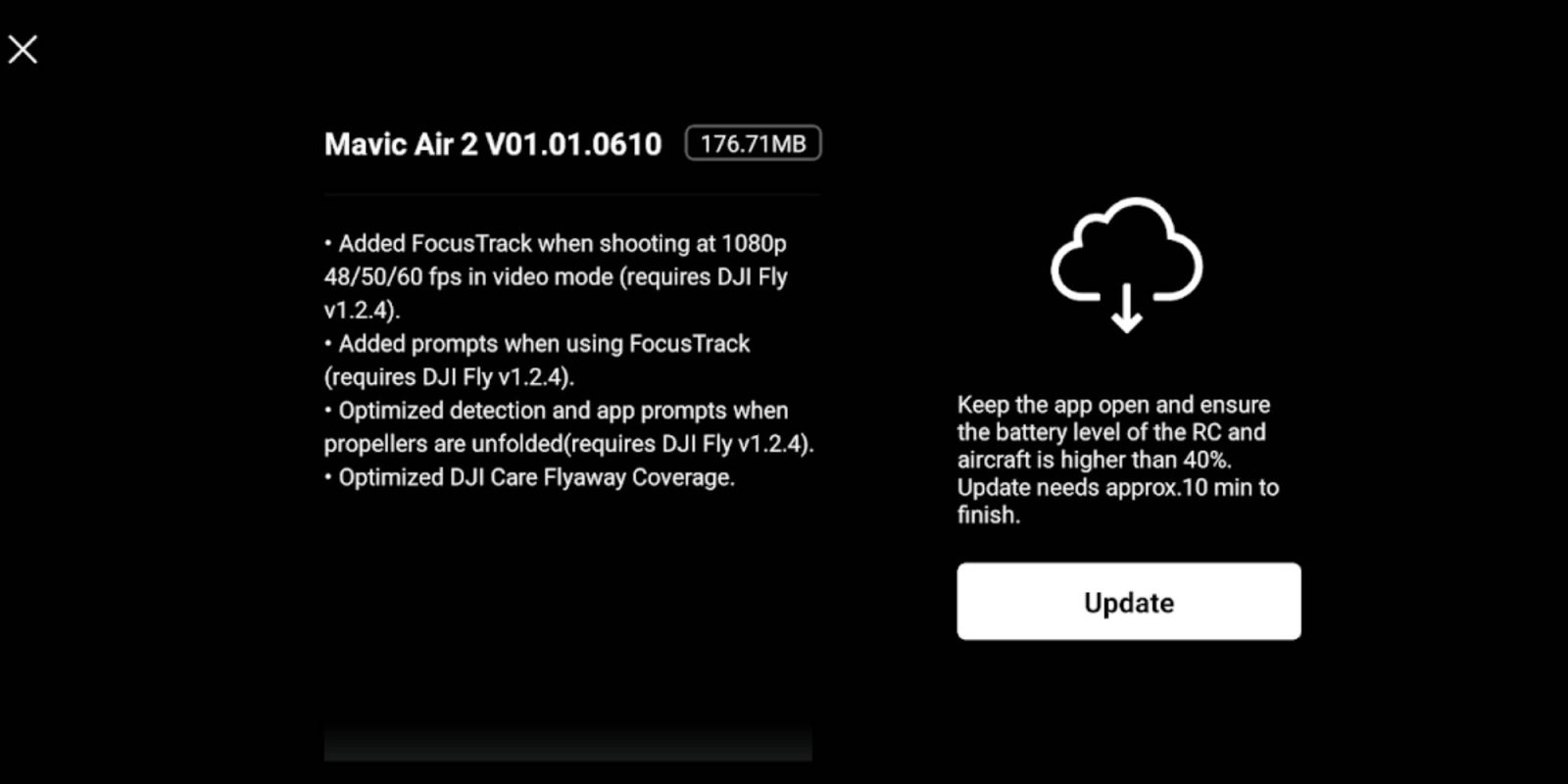 The DJI Mavic Air 2 has received a new update bringing improvements to FocusTrack and optimizations for the new DJI Care flyaway coverage. To get the new features, you will need to have version 1.2.4 of the DJI Fly app, which is a bit of an issue for Android users at the moment.

The update, released two days ago on the DJI Fly app, will take your Mavic Air 2 to version 01.01.0610. To get the most out of the update, you will need the DJI Fly app to be on version 1.2.4 or higher. The iOS app is already updated to this, but the Android one isn’t. You can manually download the latest Android app here.

If you are interested in why you can’t get the latest version of the DJI Fly app from the Play Store, check out this post.

An addition that will be the most notable in the app is that you can now record in 1080p 48/50/60 fps when shooting in the FocusTrack mode. Prompts have also been added to the app when using FocusTrack. DJI has also optimized the detection of when the propellers are unfolded.

Finally, DJI has optimized its new flyaway coverage included in its drone insurance plan DJI Care. You can head over to this post from my colleague Scott Simmie to learn more about what is covered and its costs.

The DJI Mavic Air 2 is the latest drone to be released by DJI, with features that include 4k 60fps video, 48MP photos, ActiveTrack 3.0, and HDR photos and video. The DJI Mavic Air 2 has a maximum flight time of 34 minutes and can fly up to 10 km away. Be sure to take a look at our Mavic Air 2 coverage below: