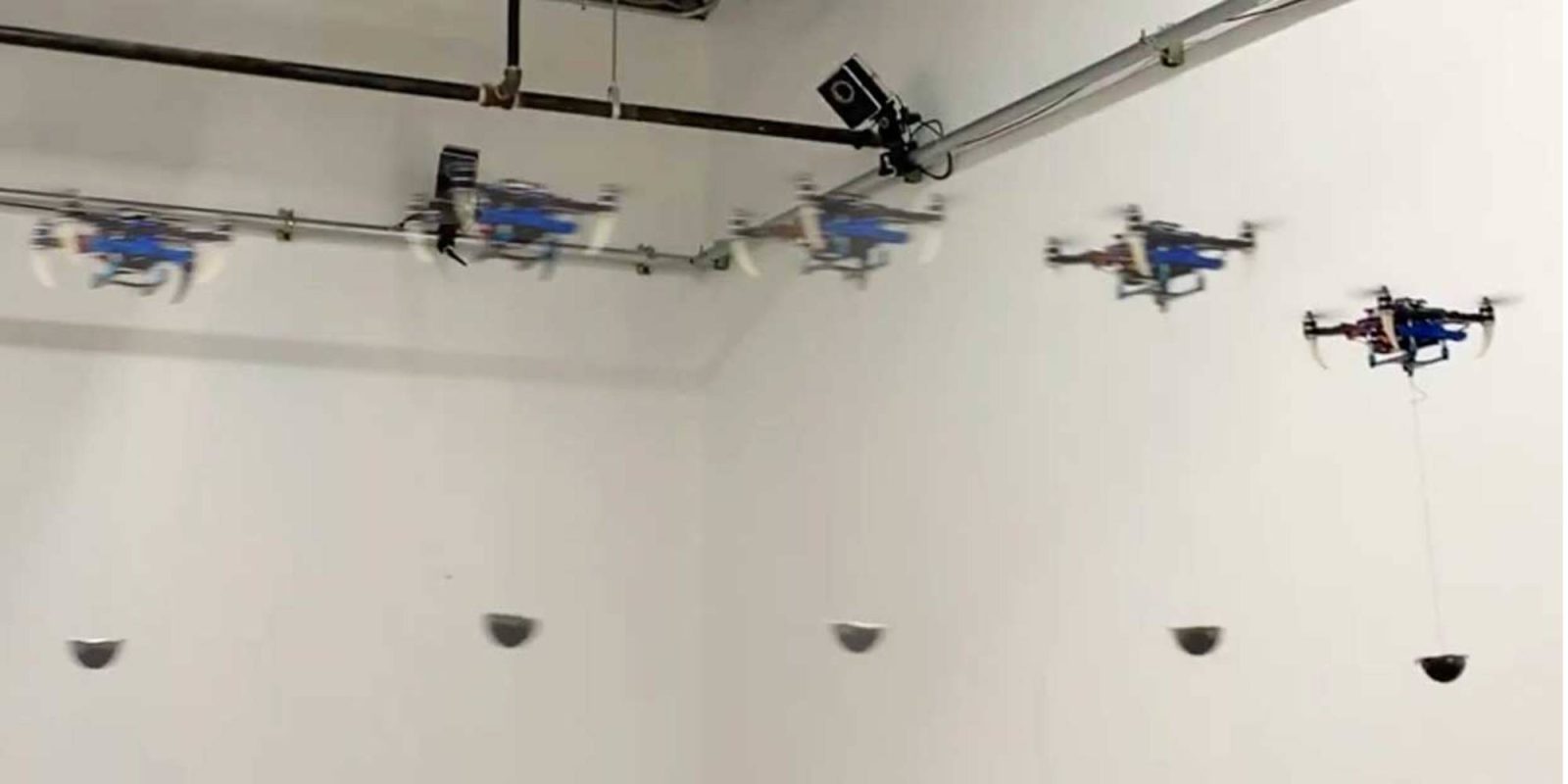 Researchers from the Agile Robotics and Perception Lab (ARPL) at New York University (NYU) have developed a way for drones to control swinging loads. The system essentially works by estimating the payload location and adjusting accordingly to stop the swinging motion.

The research is lead by Guanrui Li, Alex Tunchez, and Giuseppe Loianno at the Agile Robotics and Perception Lab (ARPL) at NYU. The two-person team has managed to keep the payload under a drone steady using a method that takes two things into account.

The estimated location of the payload and predicting what the payload is going to do next.

Looking at the first of the two: The drone needs to estimate its location and the location of the payload by using a camera that tracks the payload’s position in real time. The drone is then able to take this data and figure out a relative location to itself.

The second thing required is that the drone now needs to estimate the future location of the payload. This is done using a specially made model predictive control (MPC) system that ensures the payload stays within the camera’s view while keeping the payload stable.

For now, the drones can only fly at a maximum of 4 m/s. The researchers aren’t worried about increasing the speed for now. They are rather interested in using multiple drones to carry a single payload that is too heavy for a single drone to manage. This would require the drones to talk to one another and correct each other. Essentially, they will have to work like one big drone for it to work correctly.

“For the first time, we jointly design a perception-constrained model predictive control and state estimation approaches to enable the autonomy of a quadrotor with a cable suspended payload using onboard sensing and computation. The proposed control method guarantees the visibility of the payload in the robot camera as well as the respect of the system dynamics and actuator constraints. These are critical design aspects to guarantee safety and resilience for such a complex and delicate task involving transportation of objects.”

Take a look at the video below to get a quick rundown of how the system works and to watch the payload as it almost floats through the air, rather than swinging like a normal payload tends to do.