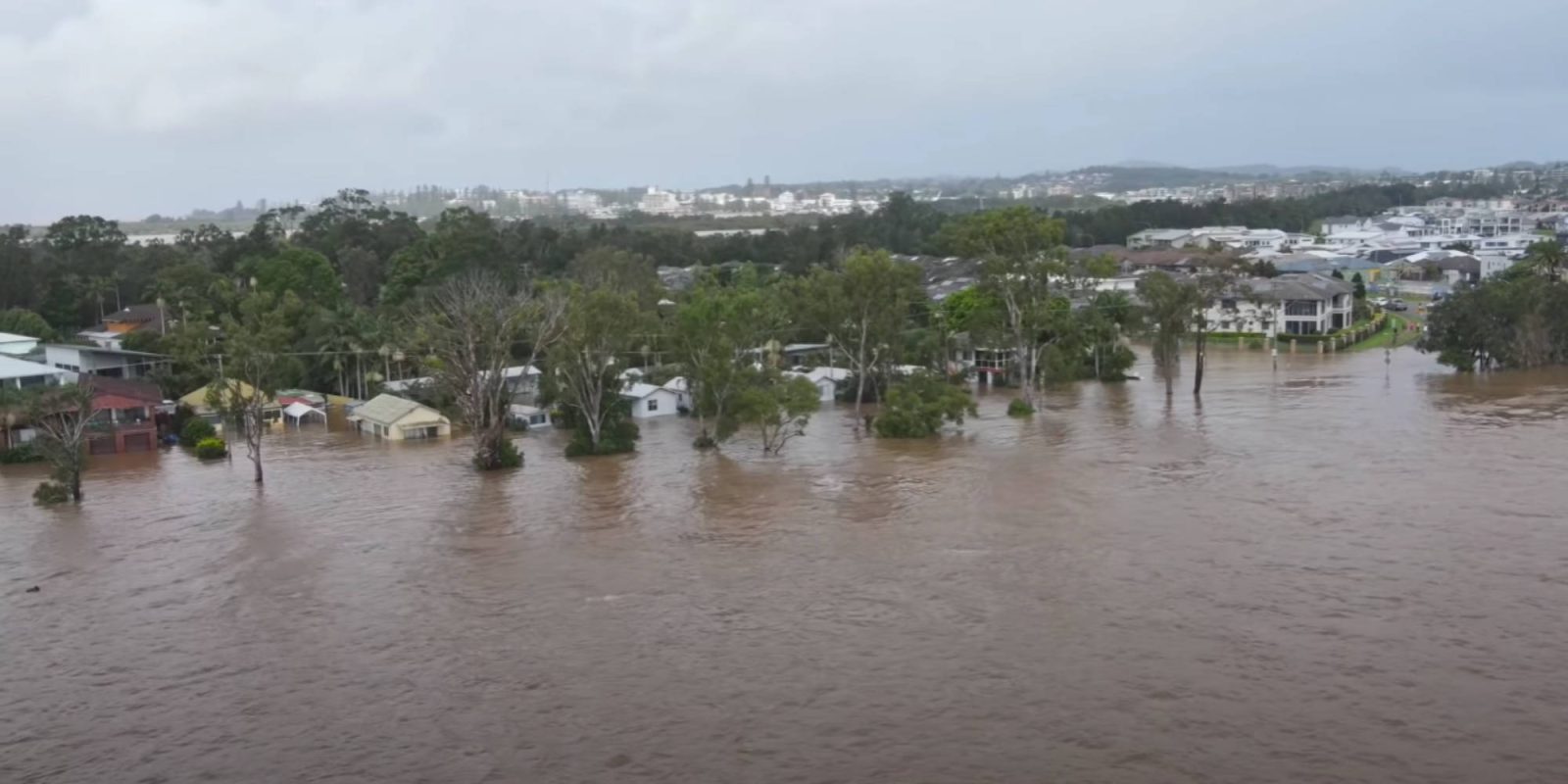 Drone footage has captured Australia’s east coast floods‘ full extent, with houses submerged and parts of cities no longer accessible. The flooding has already resulted in over 18,000 people evacuating from their homes, with 30 locations regarded as natural disaster areas in New South Wales.

On top of the flooding in New South Wales, there has also been a severe weather warning for neighboring Queensland as the southwestern part of the state is expected to receive flash flooding as a result.

For some of the people evacuated from their houses, it wasn’t long ago that the devastating fires destroyed or damaged their properties, leaving many people to hit their breaking point.

“Communities who were battered by the bushfires are now being battered by the floods and a deep drought prior to that. I don’t know anytime in our state’s history where we’ve had these extreme weather conditions in such quick succession in the middle of a pandemic. You’ve been through three or four incidents that are life-changing on top of each other. It can make you feel like you are at breaking point.”

Some areas have seen up to one meter (39 inches) of rainfall since last Thursday, with the number expected to rise by 50-100 mm (2-4 inches) over the next day or so. The areas affected the most have seen their March monthly rainfall hit five times the usual amount.

One of the most devastating stories to come out of these floods is from a couple whose house floated away with their pets on their wedding day. The couple is currently separated by the floodwaters but is both safe, with the community helping out and a fundraiser being set up, which surpassed $30,000 in a few hours of it being live.

If you are interested in donating to the families affected by the flooding, you can do so via the GIVIT website with a list of all the items currently needed by people in the area – with everything from baby formula to clothes being needed.

The following two videos are short but still show the devastating effect the flooding has had on houses and infrastructure in New South Wales.

The next video is much longer and gives more of an overview of the whole situation the east coast of Australia is currently facing. Taking the drone across Port Macquarie’s town, showing the large amounts of water that have settled in lower altitude locations and the houses that weren’t so lucky.