Shopping? Here are some current drones worth considering 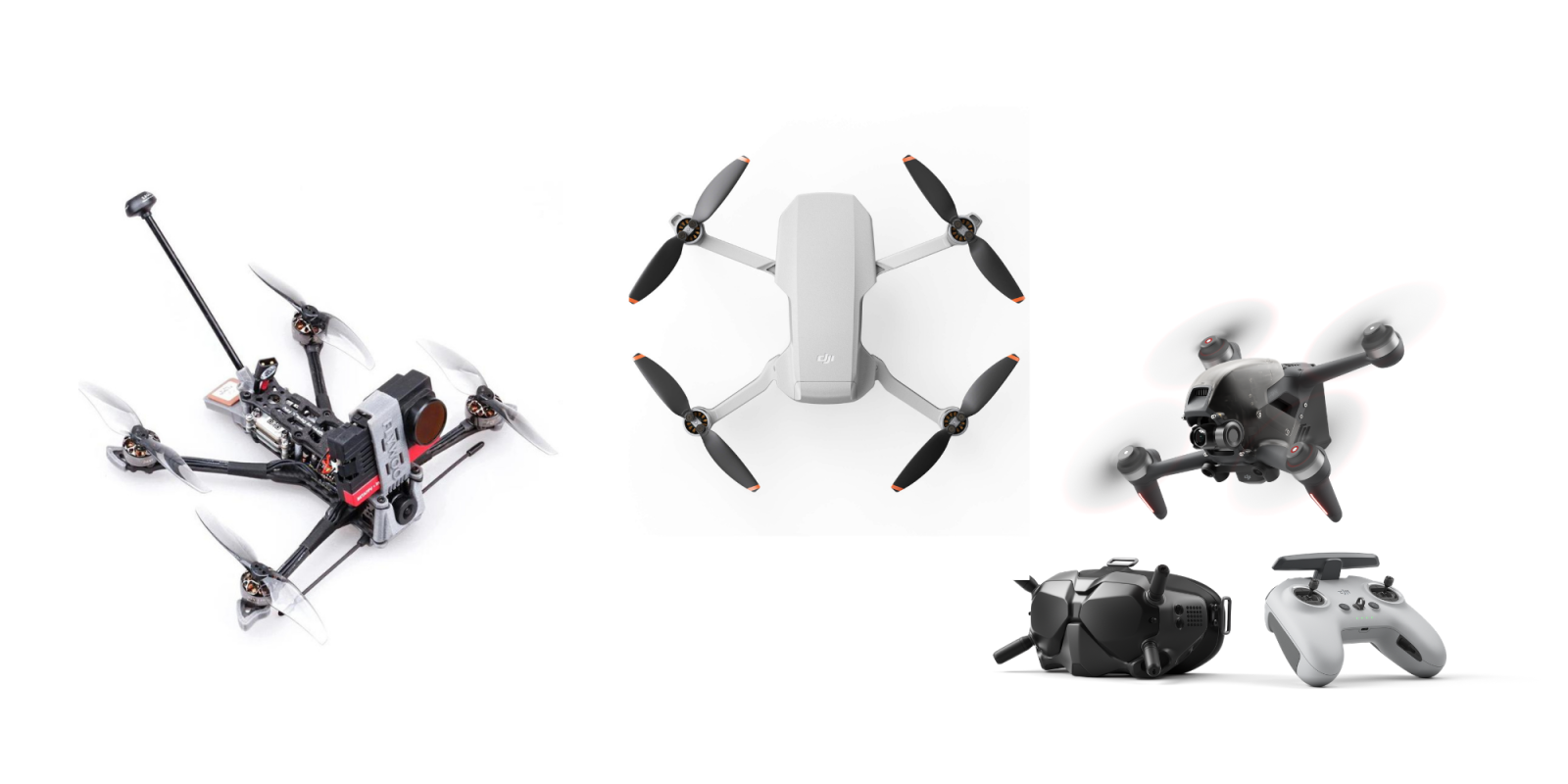 For some, every season is drone season. But in the northern hemisphere, at least, this is the time of year when a lot of people consider picking up a new drone. The days are longer, the temperatures are finally climbing, and – at least in most places – you don’t have to worry about snow anymore.

But what to buy? Well, that all depends on your skill level, your goals – and your wallet. This is by no means a comprehensive guide, but we will kick around the drones people are talking about these days. Maybe there’s one here that has your name on it – and is a fit for your budget.

There’s really no question when it comes to entry-level drones. Forget about the toys that run in the $100-$250 range. They just don’t tend to be very good, and aren’t likely to have the kind of technology and features you’ll want. If you’re looking for something reliable, stable, and with a killer flight time on a budget, there’s really nothing we’re aware of that compares with the DJI Mini 2.

We’d flown the original Mavic Mini and were impressed, but the Mini 2 offers a substantial improvement. With 4K video, QuickShots and a 31-minute flight time, it has an astonishing amount of technology crammed into a very small package. You can throw this thing in the glovebox and take it just about anywhere. It’s quiet, unobtrusive, and due to its sub-250 gram weight is not subject to all of the same regulations that can make flying a heavier drone a challenge in some locations.

One of the videos we produced shows off its 4K capabilities. Be sure to set your YouTube settings to 4K and have a look. You’re not going to get video like this from a cheaper drone:

The Mini 2 sells for $419 for the basic kit and $559 for the Fly More Combo (which is a better deal). You can still pick up the original Mavic Mini for $349 and it’s still a great drone for the money. But considering the extra power of the Mini 2, plus the jump from 2.7K to 4K video resolution, we’d argue it’s worth the extra $70 if you can swing it. We really don’t see a competitor at this price point for this style of drone.

Like the Mini 2, this drone was released in 2020 and was an instant hit. It struck a sweet spot with its size, weight (570 grams), and performance. It’s pretty quick and responsive, can fly for up to 34 minutes on a single battery, and came with what was then a new controller design that was a significant improvement (at least in our opinion) over the older, folding-style controllers.

The drone can shoot 48MP photos with 4K, 60fps video. Transmission of 1080p video back to your phone or tablet is 30 fps at a range of up to 10 kilometers – which gives you a sense of how robust that connection is at the shorter ranges you’ll generally be flying.

But maybe you should wait….

As we’ve noted with the recent FCC filing, there’s a new product on the horizon. It’s the DJI Air 2S. We’ve seen from the filings that it will contain a new sensor that should translate to even better image quality, and we’ve previously reported this machine will be V2 Goggle-capable and also work with DJI’s Motion Controller. Those are both significant upgrades, and for some people will definitely be worth the wait.

But we also recognize they might not appeal to everyone – and the goggles are not an inexpensive add-on. (They’re also sold out, or were, as of late March.)

We haven’t heard rumblings on price for the Air 2S yet. But we anticipate, with these additional features, it will be pricier than the $799 Mavic Air 2. How much more? We don’t know. Either are good choices, depending on what you’re after and your overall budget.

This is, of course, the hot ticket at the moment – with both proponents and detractors. Those who like it tend to be new to FPV and are not builders – though undoubtedly some will learn that craft. The appeal is that it’s tightly integrated, you can fly it out of the box… and you can learn with it. At $1,299 the package includes one battery (retail $159), the $199 FPV Remote Controller 2, and the V2 Goggles ($569). There’s also a $59 power adaptor, a few cables, and a spare set of propellers ($15). We haven’t included the cost of the drone yet for a reason.

Add up those numbers above and you get $1,001. That means the drone itself, if you’re looking at the retail price of the other stuff that comes in the box, is a mere $298. If you choose to buy the FPV drone on its own (which is also out of stock as of publication time), you’re looking at $739 (including one of those pricey $159 batteries). So buying the combo saves you close to $300.

The drone is not as robust as a carbon-frame FPV that you could build at home, so if you’re not careful, be prepared for some repairs. We’re seeing a growing number of crash photos, with some of those drones clearly smashed beyond repair. Seasoned FPV racers and freestyle pilots complain it’s sluggish and fragile compared to a tight, tuned build, but not everyone out there is going want to go full acro. Some people – plenty, in fact – just want that immersive experience of flying with goggles instead of staring at a phone or tablet.

Only you can decide. But if you do want it, the combo is the way to go. Not only do you save some dough, but the controller, drone, and goggles are all out of stock if you attempt to purchase separately at the moment. And it is flying season.

This is, admittedly, a DJI-focused post. We don’t have the time or space today for a full rundown on all the options that are out there. But, absolutely, there are some other really great drones out there worth exploring.

We’ve been spending some time with the Skydio 2, and we really like it. This is a very different kind of flying experience when compared with a DJI, and its tracking abilities are second to none. Want a drone that can follow you on a mountain bike through a wooded path? You cannot go wrong with the Skydio’s rock-steady tracking and AI. In fact, DroneDJ publisher Seth Weintraub took one out for a recent snowboarding trip and was very impressed.

The base Skydio 2 starts at $999, with a Beacon for tracking and single-handed control and the remote each priced at $179. Skydio has some other tricks up its quad sleeves, including some very powerful capabilities that are unlocked with additional subscription-based software. But if you’re looking for a drone you can take skiing one day and then dispatch the next day to inspect a bridge, it’s a great choice.

We will have much more to say about the Skydio 2 before long. These drones are purchased directly from the company.

There are a ton of other drones (well, not a ton but many others) we’ll include on a more comprehensive, forthcoming list we’ve got started. But we did want to point out the Flywoo Explorer Long-Range 4 V2. It’s a First-Person-View Bind-n-Fly with the Caddx Vista or Nebula Pro, meaning it will work with the DJI digital goggles (Flywoo is taking pre-orders on those goggles with a $99 deposit). We’ve seen a lot of buzz about this drone out there, with people praising its flight characteristics and range. It’s also a pretty cool design.

For someone who already owns a set of the DJI Goggles, this would be a great choice.

Flywoo has a pretty interesting range of products on its website.

And there is. We just aren’t going to get to them today. But if you’ve got that itch, several of the drones we’ve just outlined will scratch it. Happy shopping.