The intriguing drone videos you may have missed in April 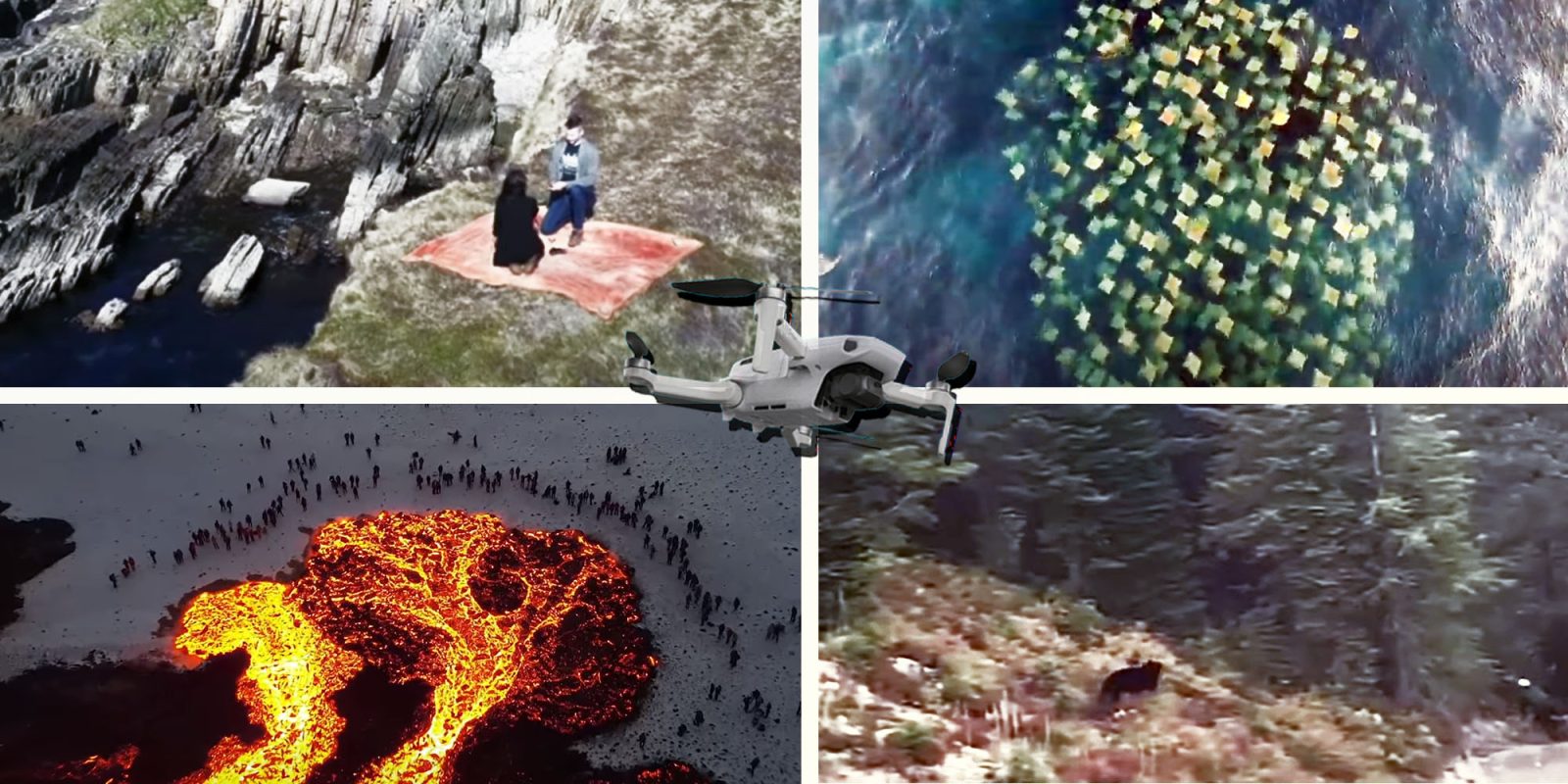 A successful proposal on an Irish cliff, an unsuccessful attack on a police officer, a school of fish that looks like a plate of ravioli, and a wild pursuit of a mountain biker by a black bear. Those, and an FPV sequence of that hoverboard guy, are some of the drone videos you may have missed this month.

Perhaps you were too busy flying your drone to catch up on what other pilots are doing. But just in case you missed them, we’ve got a roundup of some drone videos you may have overlooked in April.

This could have been one of the most awkward drone videos of all time. Blue Cassidy proposed to his girlfriend Maria Gilvanda high atop a cliff near Allihies, Ireland. But it look as if he got the answer he was hoping for at 0:44. The drone even dropped off the ring.

Still, it might be wise to steer clear of western European cliffs for a while. April was the month Britain got smaller. Apparently, a wet winter combined with a dry spring loosened up the cliffs on the Dorset coast and bits started falling into the sea. Just a few days later, this cliff fell over in Wales. The drone video shows Welsh homes nearly went in with it.

This next one’s a bit intense, but does have a happy ending. Bleck the police dog chased down a suspected burglar to a creek in Medina, Ohio. But Blek got a little too close, and the suspect tried to drown the dog. Bleck survives, and the suspect was nabbed. But police likely would never have known about the assault but for the drone.

La Soufriere volcano on St. Vincent and the Grenadines is 120 miles from Barbados. But ash from the erupting mountain nevertheless turned day into night on the neighboring island.

We featured this one already in our story on La Soufriere, but many readers missed it, and they shouldn’t. Photojournalist Brian Emfinger’s drone shows that the Fagradalsjall eruption in Iceland remains a magnet for tourists – right up to the lava lip.

Drone videos you may have missed

Pilot Mike Reid shot this footage of a large skein (yup, a flying gaggle is a skein) of snow geese flying near La Conner, Washington, in early April. The geese can fly as far as East Siberia. But as you can see, they’re in no hurry to go. And it looks as if they’re getting ready to attack the drone at 4:22.

The Drone Shark App team in Australia captured this fever of cow-nosed rays (yup, a school of rays is a fever). What’s more striking: The rays, or the pilot’s enthusiasm?

And while we’re on the animal theme, authorities warn to keep back from wildlife, especially bears. But a black bear takes the initiative in this video released by the Montana Knife Company. A mountain biker just slips away, but it’s a close one. The company says it’s a reminder that Montana isn’t Disneyland. It’s not Fortnite either, but here we are….

This may be the grimmest drone video you’ll see in a while. India is overwhelmed by COVID deaths, now more than 200,000. And the crematoria can’t keep up. A drone reveals mass cremations under way in a New Delhi parking lot. It’s disturbing.

Hunter Kowald claims his new hoverboard can lift up to 500 pounds. It’s certainly done a lot of heavy lifting on the internet as videos of him going full Marty McFly went viral this month. Here, he rides the rotating knives in the desert chased by an FPV drone. We hope all Kowald’s videos are this happy because there’s plenty of opportunity for unhappiness with each turn of those screws.

Every month we find more drone videos than we can write stories about. We’ll try to make drone-videos-you-may-have-missed a regular feature, depending on the response. Tell us about some of your favorites and we may feature them!