AIRT/DroneResponders geo-referencing emergency UAS for use in crisis response 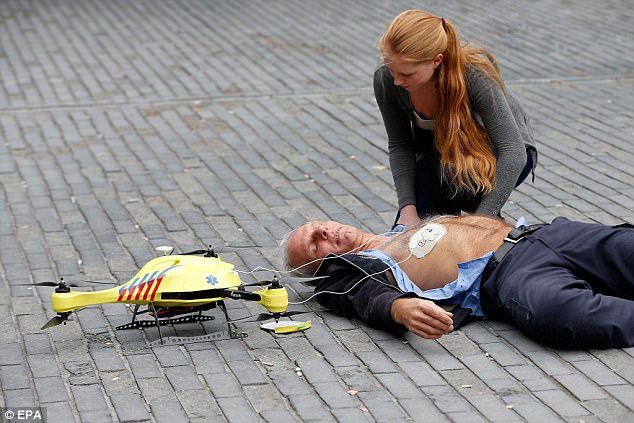 The Airborne International Response Team (AIRT) and its DroneResponders unit announced their joint development of a worldwide geo-referencing database of groups and pilots using drones in emergency response.

As a leading promoter of unmanned aerial systems (UAS) in responding to disasters, AIRT is offering the reference as a tool to public safety services. Those can now consult the resource to enlist the help of outside responders qualified in emergency drone use during crises. Through its partnership with location intelligence company Esri, the directory indicates the position of qualified drone responders vis-à-vis unfolding incidents.

It will also serve as an easy, unified register that rescue organizations and individual pilots can use to make their availability for deployment in emergencies known to public agencies.

Announced at the ongoing virtual sessions of XPONENTIAL, the project is one of the best examples of AIRT’s campaign promotion of Drones For Good in public life.

In addition to serving as a reference both qualified UAS responders and organizations requiring their help can rely on, participants may also request registration with the Federal Emergency Management Agency’s (FEMA) Incident Resource Inventory System (IRIS). That FEMA list is used by emergency managers while seeking assistance in responding to emergencies.

AIRT and DroneResponders inherits the database from Texas-based Brandon Karr, an expert on sUAS deployment to benefit public safety. He launched the project in 2020 after recognizing the need to map positions of police, fire, emergency medical services, and local and federal actors in crisis response. Inclusion of individual drone pilots experienced in those situations, meanwhile, broadens the scope and effectiveness of mutual assistance in responding.

DRONERESPONDERS will mark the home base and capabilities of the public safety UAS teams, and our AIRT GIS team will track the location of individual remote pilots with the proper experience and equipment to assist during emergencies. Within a few months, I expect we should have a database highlighting the World’s Largest Air Force of geo-referenced, unmanned aviation assets for emergency response operations.