Drones reveal the havoc in the Congo following volcanic eruption 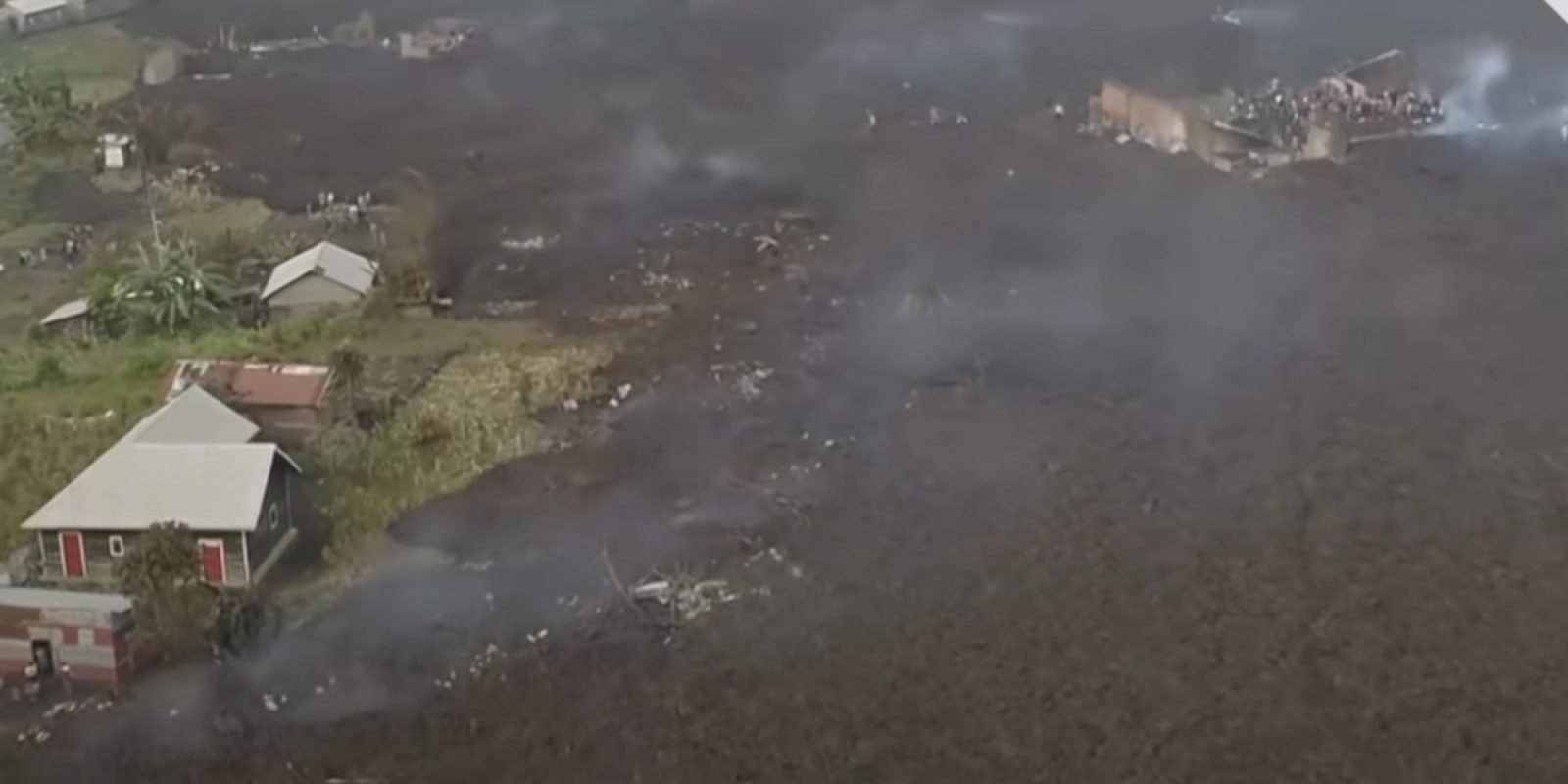 With little warning, Mount Nyiragongo erupted in the Democratic Republic of Congo on the weekend and torrents of lava spilled into villages. Drones show the chaos of the African eruption.

At least 32 people died and more than 500 houses were flattened by the cascading lava. More than a dozen people died in car accidents while trying to escape the chaos. Others died days later from inhaling toxic gas while walking across the cooling lava, according to Celestin Kasereka Mahinda, the scientific director of the Volcanic Observatory of Goma.

Despite the danger, the drone video clearly shows people continuing to explore the field. The lava stopped short of the city’s built-up area, but aftershocks still rattle Goma.

Scientists at the volcano observatory couldn’t adequately warn the public of the eruption because of a funding cut, Mahinda told the Associated Press.

Drones show the chaos of the African eruption

When the volcano last exploded in 2002, 250 people died and thousands lost their homes. This time residents quickly fled toward the Rwandan border and many families were separated. Desperate parents continue the search for their children, and at least 100 children are still missing.

“We managed to find about 530 children who were separated from their families and fortunately we have been able to facilitate reunification of 360 children back with their parents,” the Unicef chief field officer in Goma, Jean Metenier, told the BBC.

Drones show how very different volcanic eruptions can be. The spectacular eruptions of lava at the Geldingadalir, Iceland, volcano look nothing like the Congolese rubble. And the Soufriere volcano that covered Caribbean islands in ash looks like a different kind of disaster entirely.