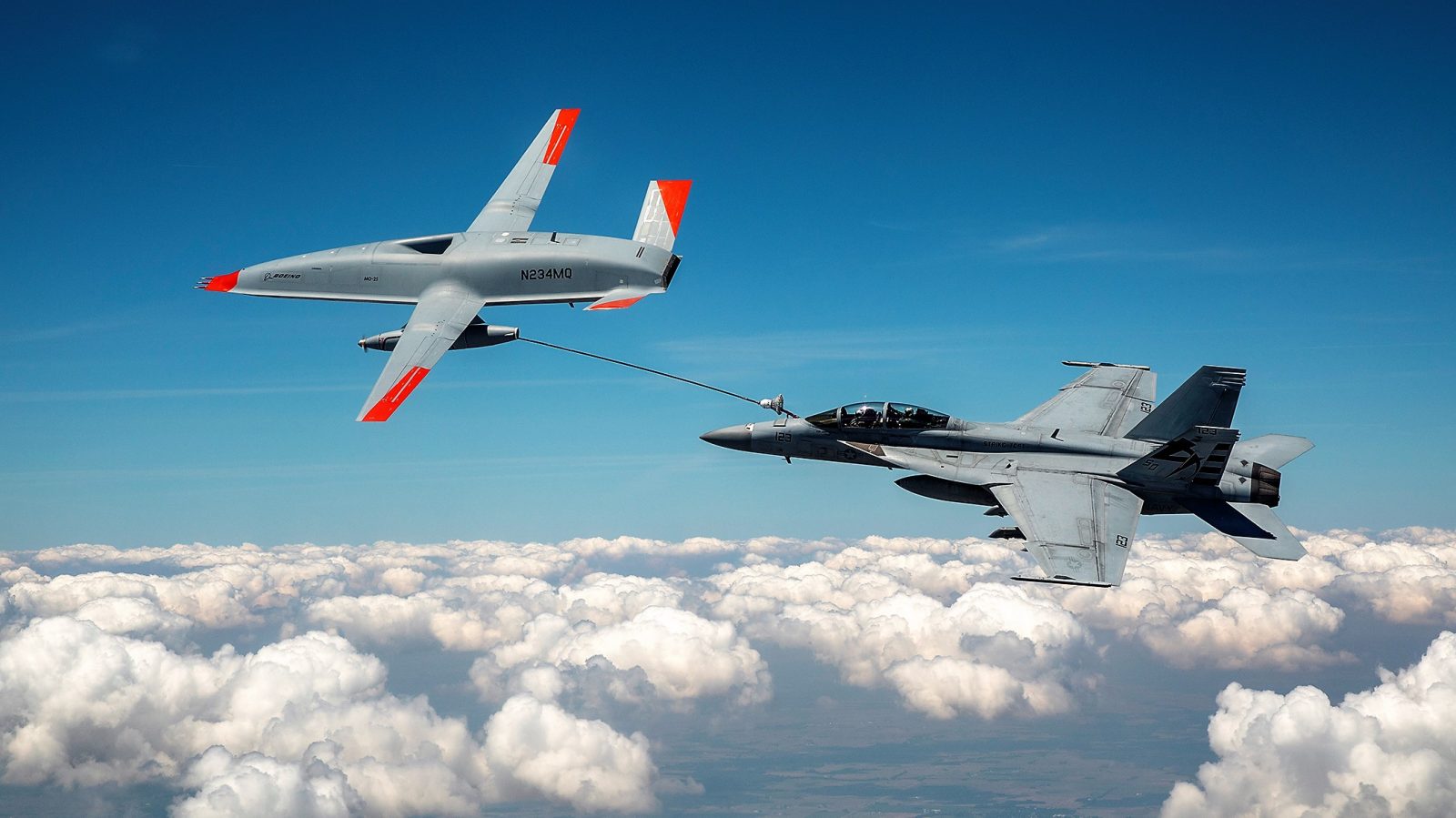 A Boeing-owned aerial refueling drone has made aviation history by successfully topping off a US Navy fighter jet in the skies over the Midwest. This first-ever aerial refueling mission between a manned receiver aircraft and an unmanned tanker took place on June 4.

Refueling an aircraft in midair is complex, difficult work. Lives have been lost during such missions. In 2018, the US Marine Corps lost a fighter pilot and five tanker crew when warplanes collided during a refueling mission off the coast of Japan.

This is why when the Navy released its long-discussed Unmanned Campaign plan earlier this year, refueling fighter jets with unmanned drones took center stage. The framework highlighted the present state of the Navy’s robotics capabilities and explained how the service intends to evolve those for the future. Now, Boeing’s aerial refueling drone has become the first step toward a future fleet augmented by unmanned systems.

Stressing that the success of this operation will foster greater capability toward manned-unmanned teaming concepts, Rear Admiral Brian Corey, who oversees the Program Executive Office for Unmanned Aviation and Strike Weapons, says:

MQ-25 will greatly increase the range and endurance of the future carrier air wing – equipping our aircraft carriers with additional assets well into the future.

How aerial refueling with a drone works

During the initial part of the flight, the F/A-18 Super Hornet flies in close formation behind MQ-25. This is done to ensure performance and stability prior to refueling. The maneuver requires as little as 20 feet of separation between the drone and the fighter jet refueling probe. Both aircraft fly at operationally relevant speeds and altitudes.

Once the evaluation is safely completed, the MQ-25 extends its drogue. The F/A-18 pilot moves in to “plug” with the unmanned aircraft and receives the scheduled fuel offload.

The whole thing is quite fascinating, as this video will show you:

Do note that this milestone comes after 25 test flights and numerous simulations of aerial refueling with the MQ-25 drone’s digital models.

Also see: Drones to stop bird eggs from hatching near US airfields

This is our mission, an unmanned aircraft that frees our strike fighters from the tanker role, and provides the Carrier Air Wing with greater range, flexibility, and capability. Seeing the MQ-25 fulfilling its primary tasking today, fueling a F/A-18, is a significant and exciting moment for the Navy and shows concrete progress toward realizing MQ-25’s capabilities for the fleet.