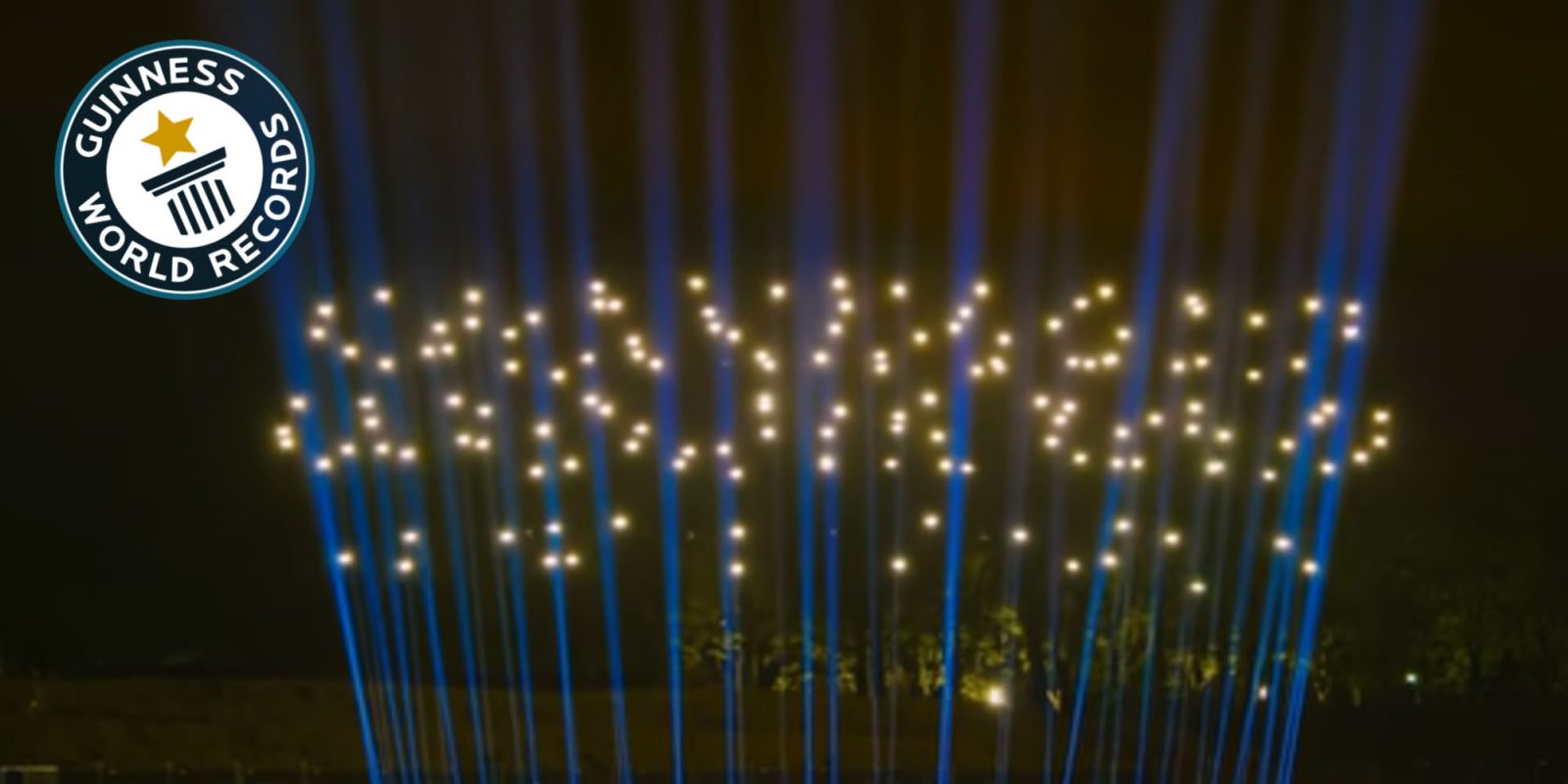 Our readers love a good drone show. And while this one isn’t the most dazzling display of lights we’ve seen, it does have some new ideas and set a Guinness world record: Most consecutive formations by a single group of drones.

The record was set by Nocturne Drone Shows and the European energy company E.ON SE. 150 drones flew in 13 formations, some of them animations, over the Berlin Olympic Park. It outdid the previous record by just one formation, so this is a bar that’s still set fairly low. Also, the Guinness website suggests a Chinese show did more formations, but with a lot fewer drones. So it looks as if the drone light show category is still fairly fluid.

Most consecutive formations by a single group of drones

There’s a nice sun spray at the one-minute mark and an interesting transmission tower animation at 1:40. The house at 2:30 is kind of lame. And we’ve seen the spelled-out company messages more times than enough, and more impressively, too. As far as animations go, this is still hard to beat.

I think the most impressive parts are at the beginning and end. The drones are highlighted by 24 GLP Fusion Exo Beams, used in stage lighting. The drones appear to seek them out at the end of the show in a nicely choreographed landing.

Designers have a lot of creative room left to explore with these drone light shows. We’ll keep an eye out for the best ones.