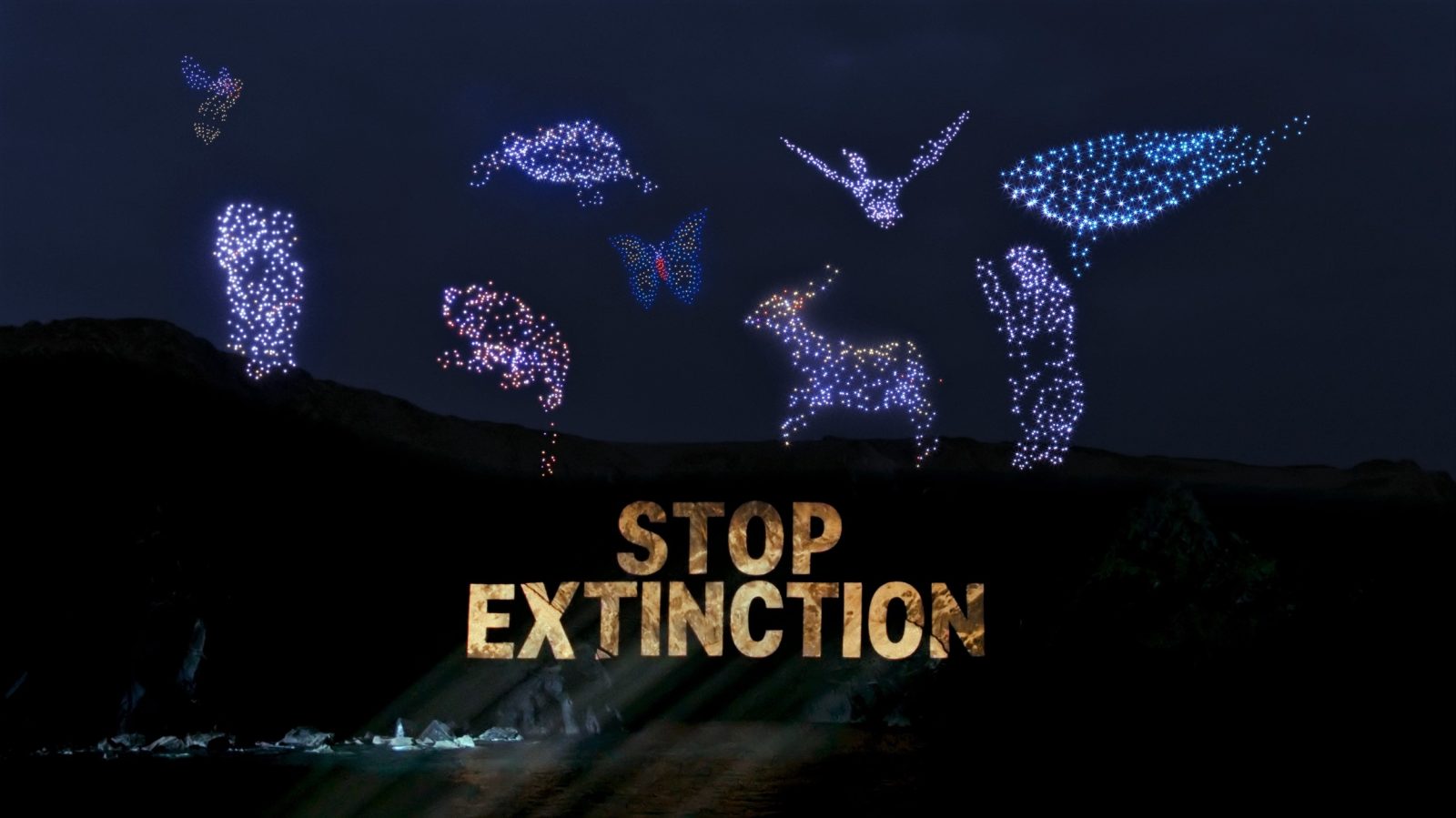 As world leaders land in Cornwall, UK, to attend the G7 summit, Greenpeace is leveraging the moment to send them a strong and simple message. And it is using 300 drones to do so.

The magnificent drone light show conceptualized by Greenpeace UK shows 3D shapes of iconic animals from all corners of the world descending on Cornwall. The visitors include everyone from the giant blue whale to the tiny, but extremely important, bee.

In the background, you hear children narrate powerful messages of hope, such as, “I hope it’s not too late,” “I hope the grown-ups in charge wake up,” and “I hope they defend the forests for the animals and people living there.”

In the final moments of the video, as the animals congregate over the cliffs in Cornwall, they make only one demand: “Stop Extinction, Act Now.”

If the video’s music stood out, that’s because Greenpeace roped in Emmy-nominated composer Hannah Peel, who has also provided the score for Game of Thrones. The music was recorded live in Northern Ireland’s capital, Belfast, by Ulster Orchestra.

Interestingly, drone pilots from around the world sent Greenpeace footage of deserts, jungles, mountains, and Antarctica to help capture the majesty of the natural world on a global scale. These projection animals, meanwhile, were filmed across parts of Cornwall, including the Lost Gardens of Heligan, Mullion Cove, and Sandy Acres.

What is Greenpeace demanding from G7 leaders?

These are the commitments the NGO wants from the G7 group, representing the world’s richest nations:

The G7 cannot be another target-setting exercise resulting only in wasted time, political chest-thumping, and more empty promises that might as well be written in the sand of Carbis Bay beach. We need bold commitments but they must also be urgently delivered. World leaders have the power to tackle the mounting but interconnected crises we face, but only if they act now.

If you are also inspired to take action, you can sign this petition aimed at UK Prime Minister Boris Johnson. Just don’t take your own drone up in the air to protest because the airspace is under lockdown right now.