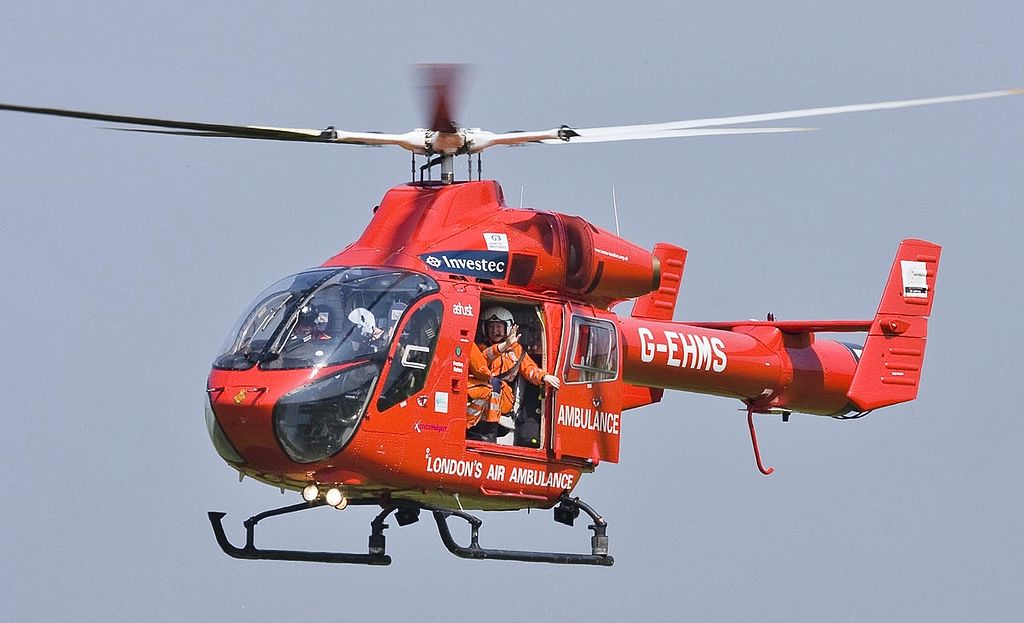 A UK helicopter ambulance came within a few yards of colliding with a drone as it sought to land at a central London hospital, according to an official incident ruling. The finding ranked the near miss as an A category encounter, or one in which “a definite risk of collision had existed.”

The UK Airprox Board, which investigates close calls between various aircraft, delivered its findings on the March 29 incident based on an eyewitness account of it. A doctor at the London Royal Hospital who was standing on the rooftop heliport reported seeing a drone rise up to meet the incoming air ambulance, coming within several yards of the craft. The medic said that while the helicopter circled awaiting the departure of another air ambulance, the drone “orbited with them for a quarter turn,” and then “departed towards the south-east.”

“The drone appeared to be only a few metres below and slightly to the side of the right skid of the aircraft,” the Board’s finding stated, noting the drone had been so close to the helicopter that its pilot hadn’t even seen the craft as it rose and circled him.

UK media reports quoting investigators say the helicopter was about 500 meters above the ground when the incident took place. That means that in addition to violating hospital airspace and flying dangerously close to a passenger aircraft, the drone pilot broke rules limiting maximum flight altitude to 400 meters. Penalties for drone pilots endangering aircraft range from heavy fines to five-year prison sentences.

Despite those potential sanctions, cases of drone-meet-plane or -helicopter encounters have been rising. There have been more than 400 incidents reported in the last five years alone, though many – as in other cases the UK Airprox Board rules on – are ultimately deemed to have presented little risk of collision.

Still, even rare close calls are unsettling. Last February, another helicopter ambulance came within 100 feet of two drones as it flew at an altitude 1,200 feet. The same UK Airprox Board dossier containing the ruling on the London Royal Hospital brush, meanwhile, ranked a near miss outside Edinburgh’s airport an A category incident. That May 10 case involved an incoming ATR-75 propeller passenger plane whose wing missed a suspected drone by only about 10 meters as it descended at an altitude of 2,200 feet.