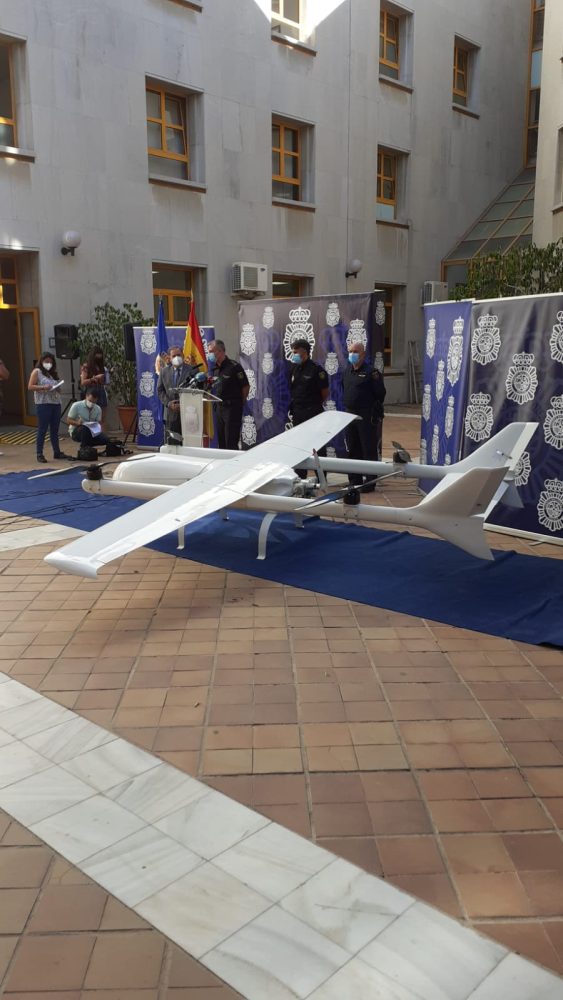 A police raid in Spain has busted a ring of criminals using a muscled-up drone to transport drugs into Europe. It’s not impossible the suspected organizers in Morocco are lamenting the arrest of their four gang cohorts less than the loss of their impressive craft.

Criminals modified drone to transport drugs from Morocco to Spain

The operation was conducted jointly by French and Spanish police, the former of whom arrested three suspected ring members in possession of 12 kg. of hashish. During a sweep of a house in the Spanish Mediterranean city of Malaga, meanwhile, a fourth alleged operative was detained along with the professional-grade drone. The autonomous craft boasted a wingspan of 4.35 meters, and remarkable seven-hour flight capacity for transporting its illegal payloads between Morocco and Spain. All four of those detained were charged with international drug trafficking offenses – and, presumably, flogging beyond visual line of sight prohibitions.

Authorities said the criminals had modified the drone to be able to transport drugs from Morocco to Malaga. The illicit hauls were then transferred to France for distribution. Code-named “Piñas,” the coinciding raids were conducted under a European Investigation Order.

The four people apprehended are reportedly all French nationals of Moroccan origin. Media accounts suggest that the discovery of the souped-up drone was made as Spanish cops scoured the house for what they thought would be a sizeable stash of hash and marijuana. Instead they came up with a higher tech means of flying high.

The investigation into the ring began earlier this year on evidence a criminal network was running drugs into Spain. Its launch came after officials in Spain’s North African enclave of Ceuta revealed they’d broken up a criminal group using drones to transport drugs. Four months earlier, an entirely different outfit in Morocco was busted while using a similar craft to transport four kilos of hash.