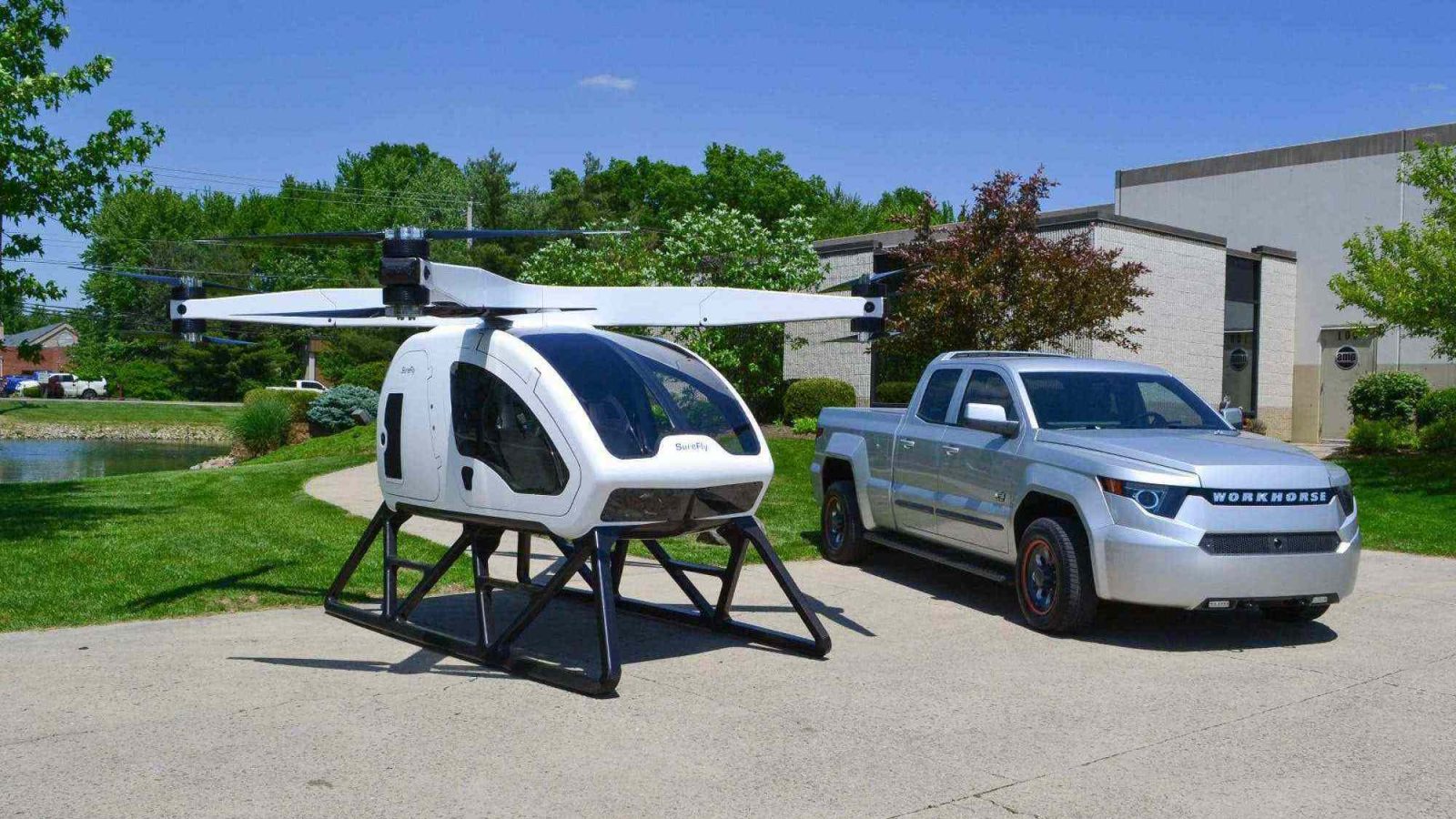 The main focus point while developing the Surefly has been safety, says Patrick Conners from Workhorse. In case of engine failure, the batteries provide enough power to bring the personal helicopter down safely from 4,000 feet altitude. If the batteries were to fail as well than a ballistic parachute can be deployed to bring the Surefly safely back to earth. It also features a crumple zone to protect the people inside the aircraft.

The goal was to make the Surefly both safer and more affordable than traditional helicopters. The Surefly from Workhorse will be priced below $200,000 USD. Falling carbon fiber and battery costs have allowed Workhorse to bring down the price of the personal helicopter.

The FAA has approved Workhorse’s Surefly personal helicopter drone to fly during the CES event. We are curious to see next week whether Workhorse will allow members of the press or public to test fly this exciting drone. Workhorse expects to receive a full FAA approval sometime in 2019.

The competition is heating up

Of course, Workhorse is not alone in the personal helicopter drone space. Other competitors include the Volocopter, which had its first flight in Dubai recently. The Ehang 184 personal drone and the Autonomous Passenger drone. The main difference between these three aerial vehicles and the Surefly from Workhorse is that fact that the latter is not only powered by electricity but offers a hybrid solution, using both gasoline and electricity to improve safety.

Photos and video of the Surefly