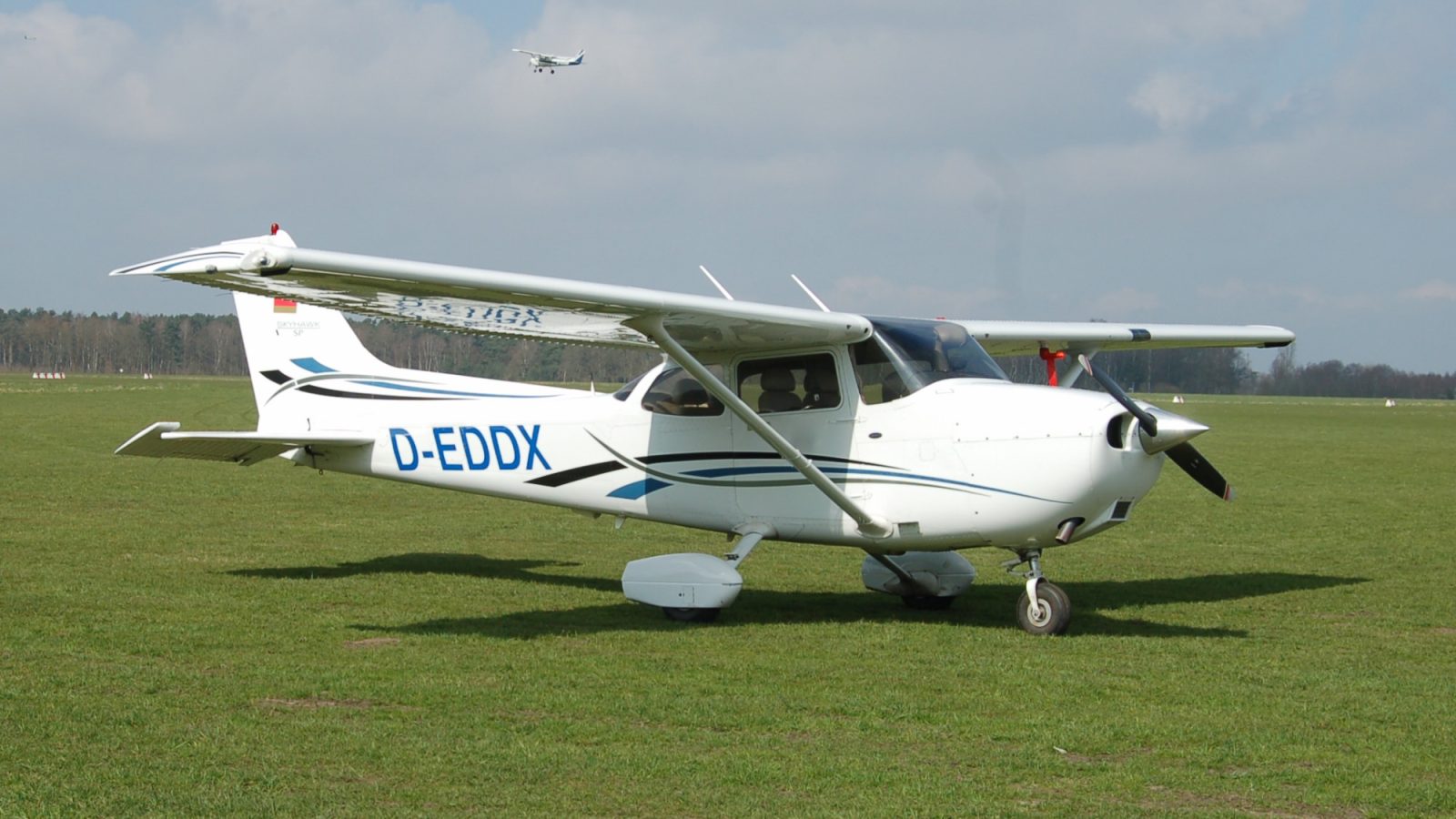 Canadian authorities are looking into a suspected drone collision with a Cessna 172 that caused $4,000 USD in damage. The drone incident occurred near an airport in  British Columbia. During a training flight, the Cessna 172, owned by Abbotsford-based Chinook Helicopters, was making its final approach at Chilliwack Airport when its left wing collided with the suspected unmanned aerial vehicle. The collision “left blue bits on the wing” of the Cessna, according to the flight school owner Cathy Press.

Drone suspected to have caused damage to Cessna

The flight school owner continued to say that:

“It was definitely manmade. We’re just lucky it didn’t go through the windshield. They heard it but they didn’t see it.”

Press’ company offers both fixed-wing and rotary training. At the time of the collision, the airplane was flown by a student and instructor. The collision occurred at around 500 feet AGL, according to AVWeb. The instructor took over the controls and they returned to Abbotsford. After examining the airplane, maintenance personnel found the plastic wingtip fairing destroyed and a dent in the sheet metal. Press said:

“By the time it’s painted and all finished I wouldn’t be surprised if [the bill] is $5,000 (CAD). It’s impossible to know if the object was a drone but she doesn’t think it was an RC aircraft because those hobbyists normally know they can’t fly near airports.”

A steep bill that Press will have to pay herself as it is less than her insurance deductible. The incident was reported to the Royal Canadian Mounted Police and to Transport Canada. The authorities are now looking into this incident. If indeed the object that collided with the Cessna was a drone, it would be the first one in Canada to have caused any significant damage.

With many more people getting their hands on drones these days, it is not surprising that the number of drone incidents has gone up as well. Improving technologies such as obstacle-avoidance and built-in 3D No-Fly-Zones together with better drone pilot training should help to reduce the likelihood of drone incidents in the future. On our website, DroneDJ, we want to emphasize and promote safe drone flying and we report on both safety improvements for drones as well as drone incidents. In many cases, it is obvious that a drone or drone pilot was to blame for creating a dangerous situation. However, sometimes it seems that maybe drones are blamed a little too fast without having some sort of evidence to back up the claim. I am not saying there was no drone involved in this particular collision but hopefully, the Canadian authorities who are investigating the case will be able to determine that. Please fly safe everyone and stay well away from airports and manned aircraft.

Other drone incidents recently covered on our site: