Frankfurt celebrated its new “Old City” with a drone show 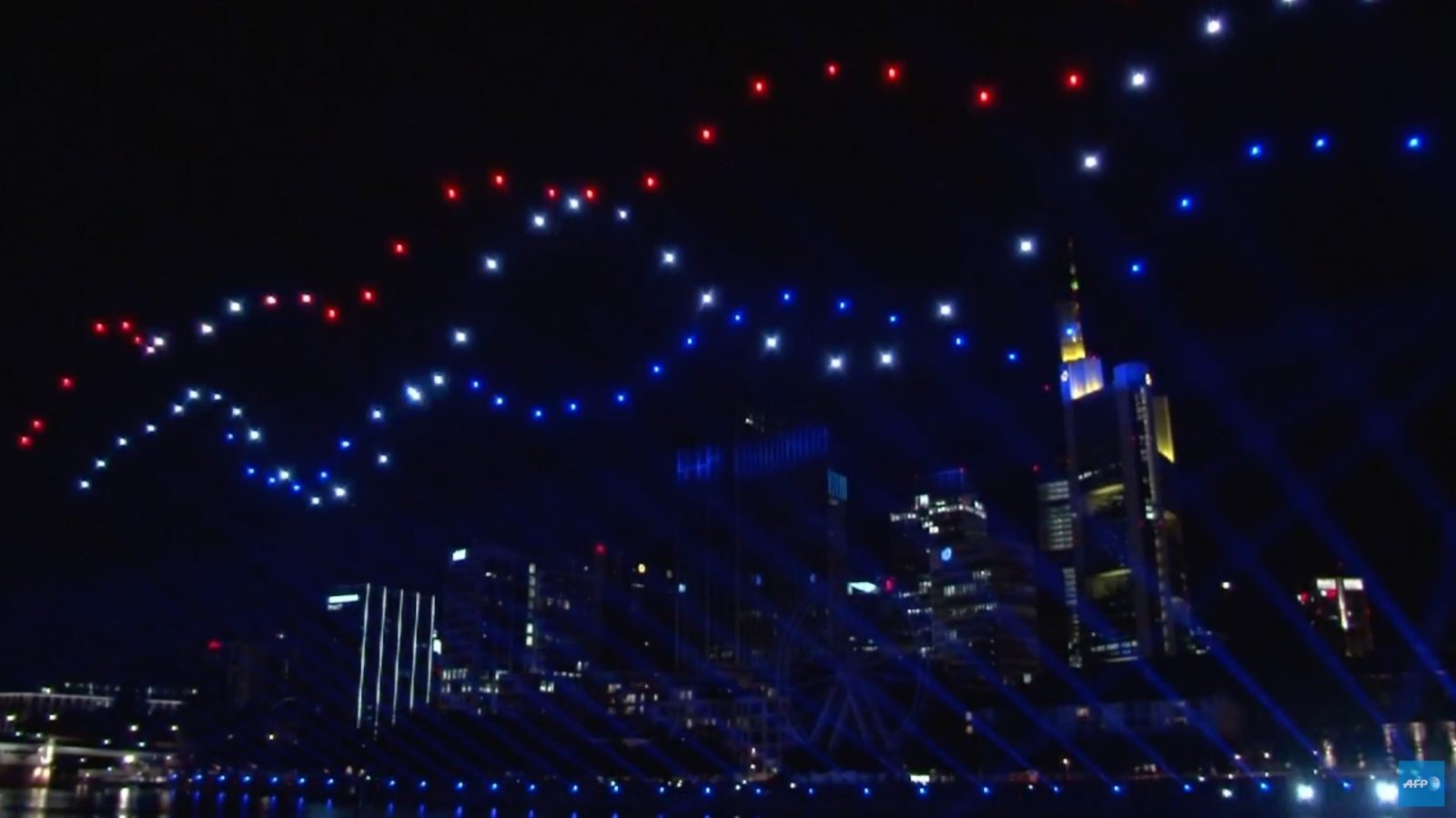 Germany’s financial capital, Frankfurt celebrated its new “Old City” with a drone show. Mayor Peter Feldmann officially opened the project and declared that “we are giving the city its heart and soul back.” In a $234 million project, 35 buildings were reproduced in a part of the city that was destroyed during World War II bombings.

Drone show as part of the celebration

The German city of Frankfurt got its heart and soul back as 35 buildings that were destroyed during World War II bombings were reconstructed. A 1970s concrete building that housed part of the city’s administration previously occupied the 17-acre site. 15 of the reconstructed buildings are replicas of predecessors that were destroyed in bombings in 1944. The rest of the 35 buildings are built in a more modern fashion while blending into the neighborhood.

As part of the opening festivities, the city had organized a 110 drone light show. Creative Director from Atelier Markgraph, Stefan Weil said:

“The show is a combination of drones, light, specially composed music and speech. We tell a story about the different aspects of the city, of the new city center, the area and many other things that make Frankfurt special.”

“All drones are controlled by a single terminal and autonomously fly in the sky and make formations. Each drone knows when to take off, where to go next and when to go back.”