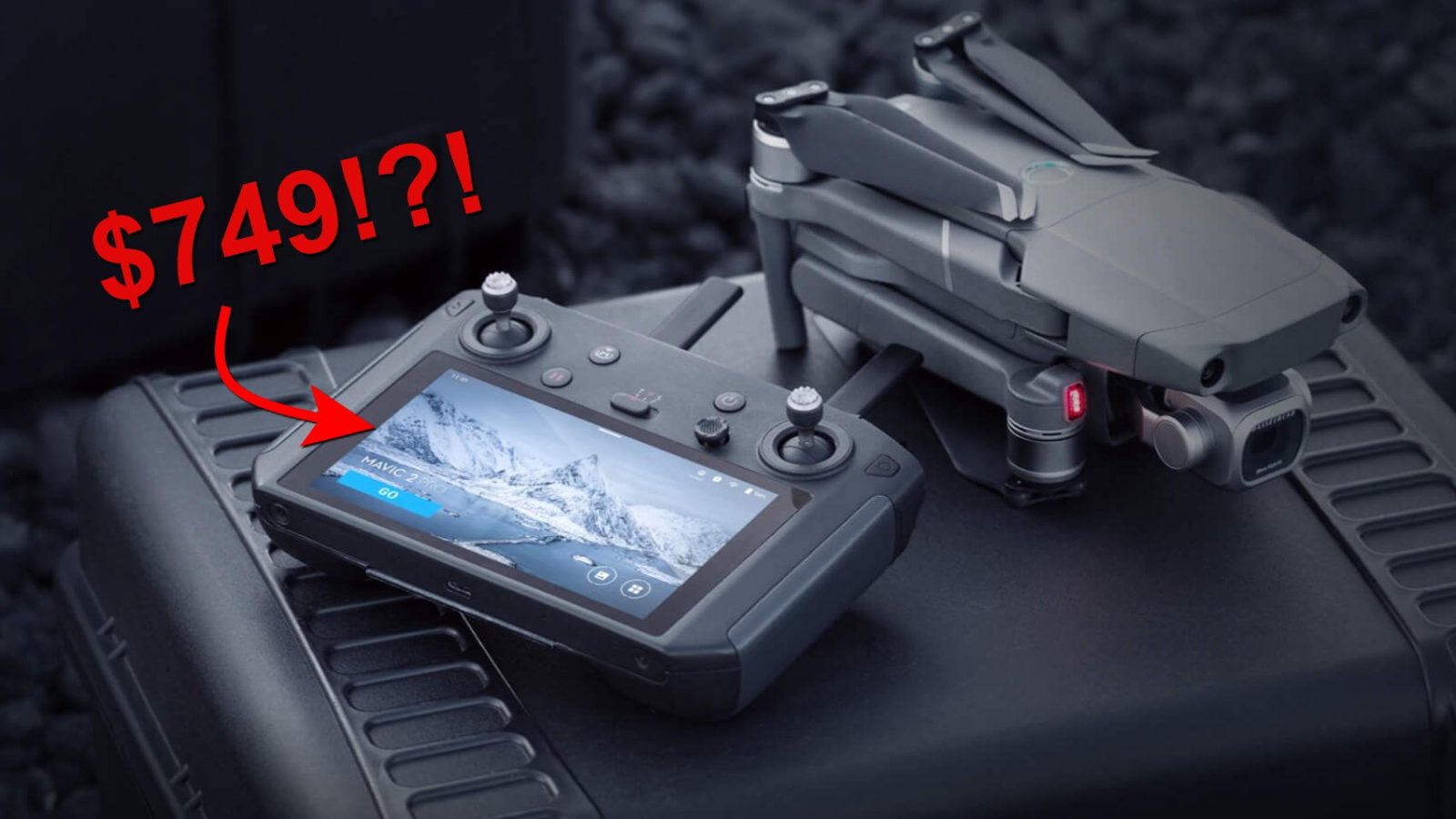 DJI just raised the price of their already expensive DJI Smart Controller. We previously wrote about how the Smart Controller plays a crucial role in the future of DJI drones such as the DJI Mavic 2 series. Now, it seems that DJI wants to make sure it is a profitable one as well. The ongoing trade war between the United States and China and resulting tariff increases have led to a raised price for the controller in the United States. You used to pay $649. Now you pay $749 for the remote controller with a built-in display. Ouch!

A screenshot forwarded by one of our readers shows us the official answer from DJI Customer Service. It reads:

“Due to the recent increase in tariffs, DJI has updated pricing for its products in the United States. We take many factors into account when recommending retail prices in different countries around the world, including tariff applications, tax rates, and currency exchange fluctuations. We follow all applicable laws and regulations in the countries where we operate and will continue to work forward making drone and handheld products more accessible to the world while supporting the many existing customers that use DJI technology daily.” 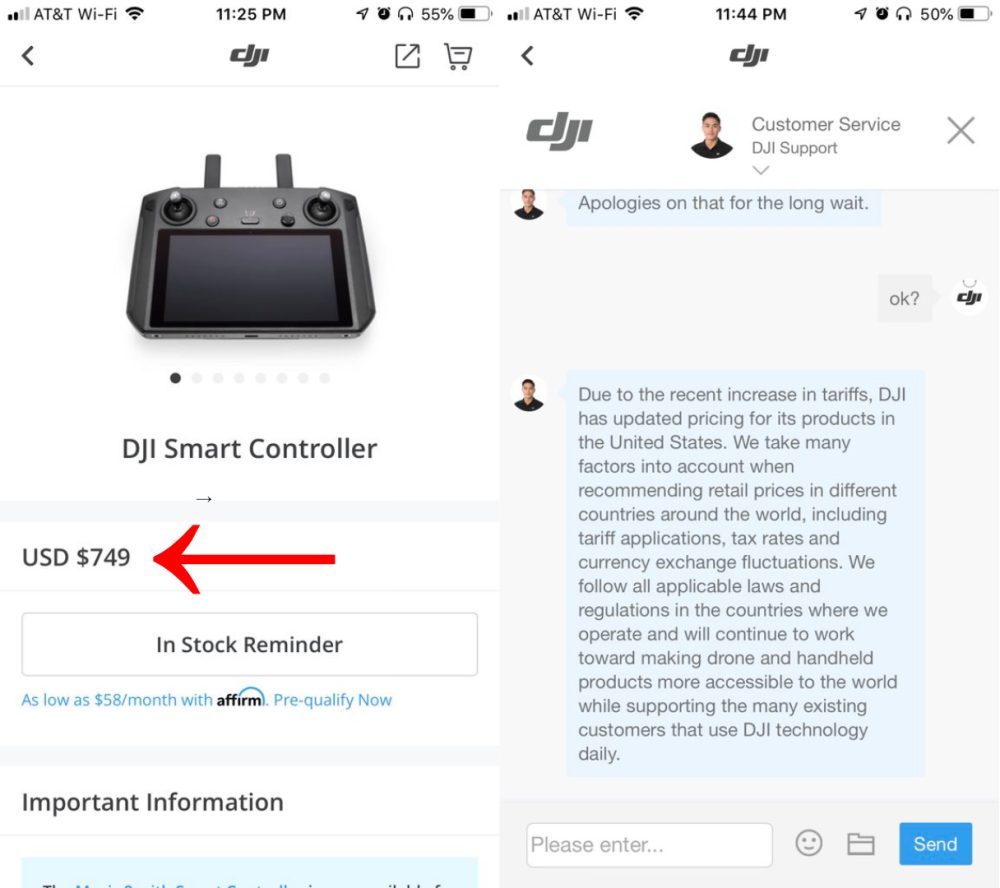 As the trade war continues between the United States and China, we are concerned that other DJI products might see prices increases in the near future as well. We will keep an eye out for such events and report them here on DroneDJ when they do occur. If you’re planning to buy a new drone or other drone-related equipment manufactured in China, now may be the time to act.

It is not the first time a DJI product has seen a price increase as a result of the trade war. Late last year, we saw similar increases for the remote controller for the now discontinued Phantom 4, and the DJI Mavic 2 Pro.

What do you think about the DJI Smart Controller, its price and the ongoing trade war? Let us know in the comments below.