LAANC will be available to hobbyist drone pilots on July 23rd 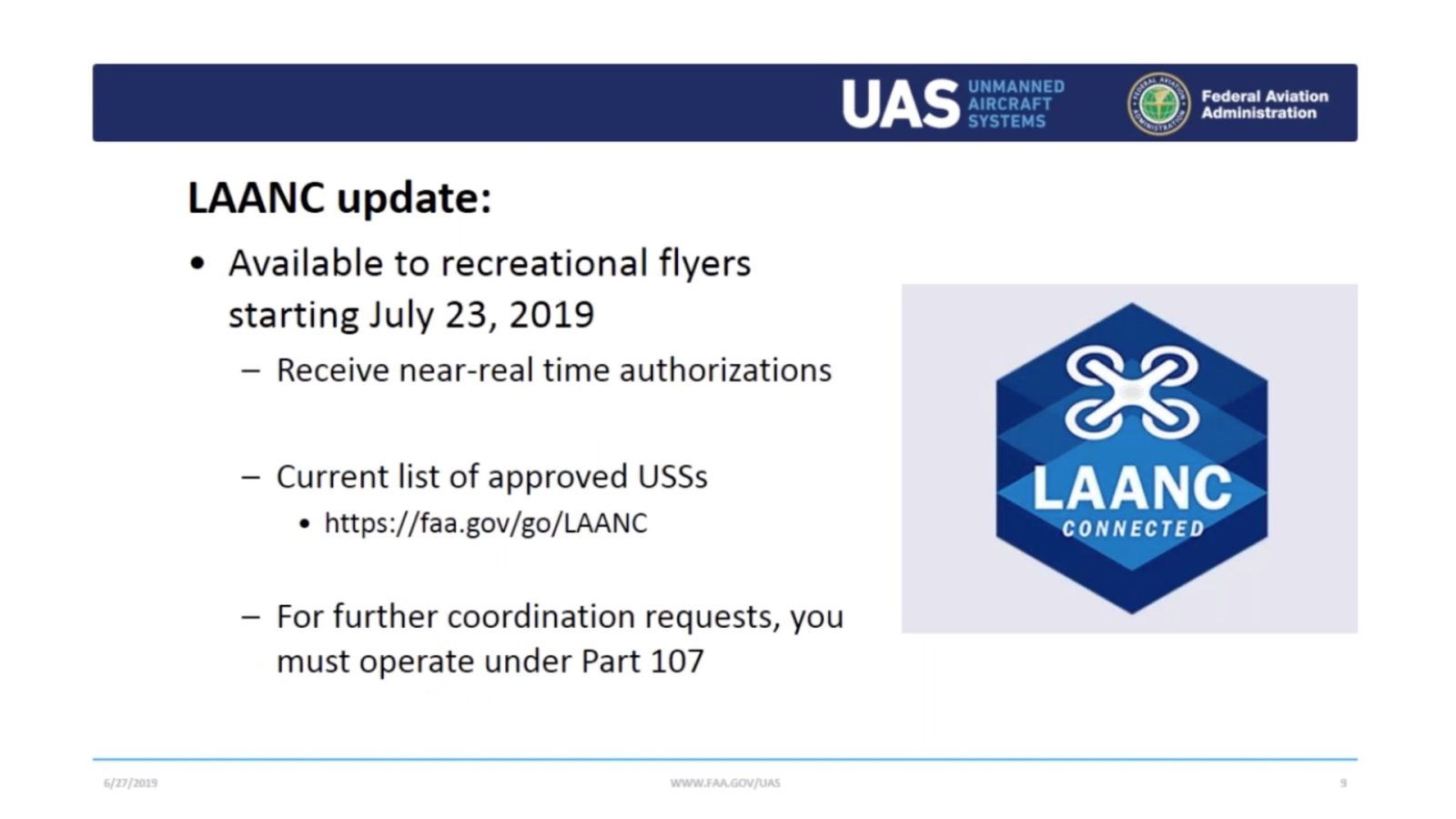 We knew it was coming and now we know when. The FAA announced that Low Altitude Authorization and Notification Capability (LAANC) would arrive sometime later this summer. However last week, during one of the FAA webinars it was made public that LAANC would be available to hobbyist drone pilots as of July 23rd.

LAANC for hobbyist drone pilots as of July 23rd

Last year, LAANC became available to commercial drone pilots throughout the country, and it has made a huge difference in the time it takes to get an approval to fly in controlled airspace. A process that oftentimes took weeks if not months, can now be completed in near real-time.

Recently, we reported that the FAA started requiring hobbyist or recreational drone pilots to use LAANC as well for flying their drones in controlled airspace. This created an immediate problem as there was no way for hobbyist drone pilots to access LAANC and therefore they were not able to fly in controlled airspace at all except for a limited number of select areas, such as AMA fields.

This problematic situation will soon be resolved when LAANC becomes available to hobbyist drone pilots as of July 23rd. The announcement was made by Kevin Morris who is an Aviation Safety Inspector with the FAA and also a subject matter expert on drone operations. In the webinar, he announced that as of July 23rd LAANC will be available to hobbyist drone pilots. You can re-watch the FAA webinar here.

You will be able to find the list of FAA-approved UAS Service Providers here.

Vic Moss from the DroneU participated in the webinar and shared the news with DroneDJ. Thank you, Vic!

Vic also shared the following information that he obtained from an FAA official:

All LAANC providers should be up and running for 349 hobbyists, but since they’re outside the control of the FAA, they may not work right away.

What do you think about having to use LAANC for your recreational drone flights? Let us know in the comments below.