Louisiana woman shoots at small airplane, mistaking it for a drone 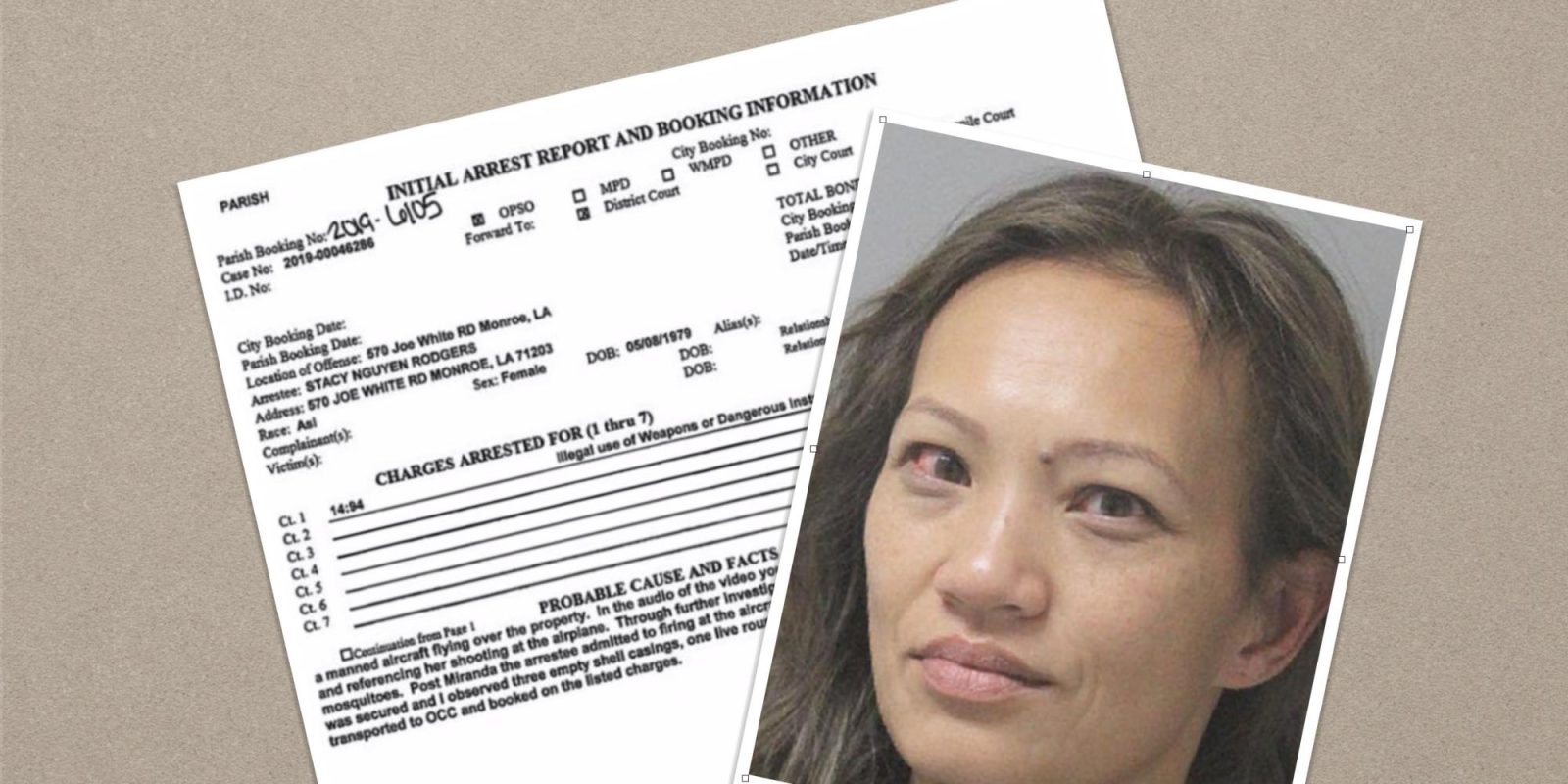 A Louisiana woman shot several times at a small airplane, mistaking it for a drone. “He’s coming back to taunt us,” she can be heard saying in a video of the incident. The manned aircraft was spraying for mosquitos as it flew over her property. The police arrested the intoxicated woman and booked her into jail.

Louisiana woman shoots at small airplane, not a drone

Stacy Nguyen Rodgers, 40, from Monroe, Louisiana, fired three shots at the small airplane trying to bring it down as it flew over her property.

According to The Smoking Gun, a witness on the scene provided a cell phone video to police in which a manned aircraft, not a drone, can clearly be seen flying. The video was taken “moments after the arrestee had fired at it,” and in it, you can hear Rodger’s say “he’s coming back to taunt us,” and referencing “her shooting at the airplane.”

Rodgers confessed shooting at “the drone” with a “revolver style pistol” that was confiscated by the police. The police officers noted that she was intoxicated when booked into the local jail. Fortunately, none of the shots hit the intended target.

According to the police the small airplane that Rodgers shot at, was spraying for mosquitos that had formed multiple mosquito pools that had recently tested positive for the West Nile Virus.

Rodgers was arrested for “illegal use of weapons or dangerous instruments,” which is a felony. She was subsequently booked into the Ouachita Parish jail. She was released on Wednesday morning on a $500 bond.

In the police report it says:

Probable cause and facts of arrest:

A manned aircraft flying over the property. It’s in the audio of the video you could hear the arrestee saying “He’s coming back to haunt us,” and referencing her shooting at the airplane. Through further investigation, it was discovered the aircraft was in the area spraying for mosquitoes. Post Miranda the arrestee admitted to firing at the aircraft in attempt to shoot it down, thinking it was a drone. The firearm was secured and I observed three empty shell casings, One life round and an empty cylinder. She was placed under arrest and transported to OCC and booked on the listed charges.

Whether it is an unmanned or a manned aircraft, it is a federal crime to shoot at any aircraft.

Other people shooting at drones