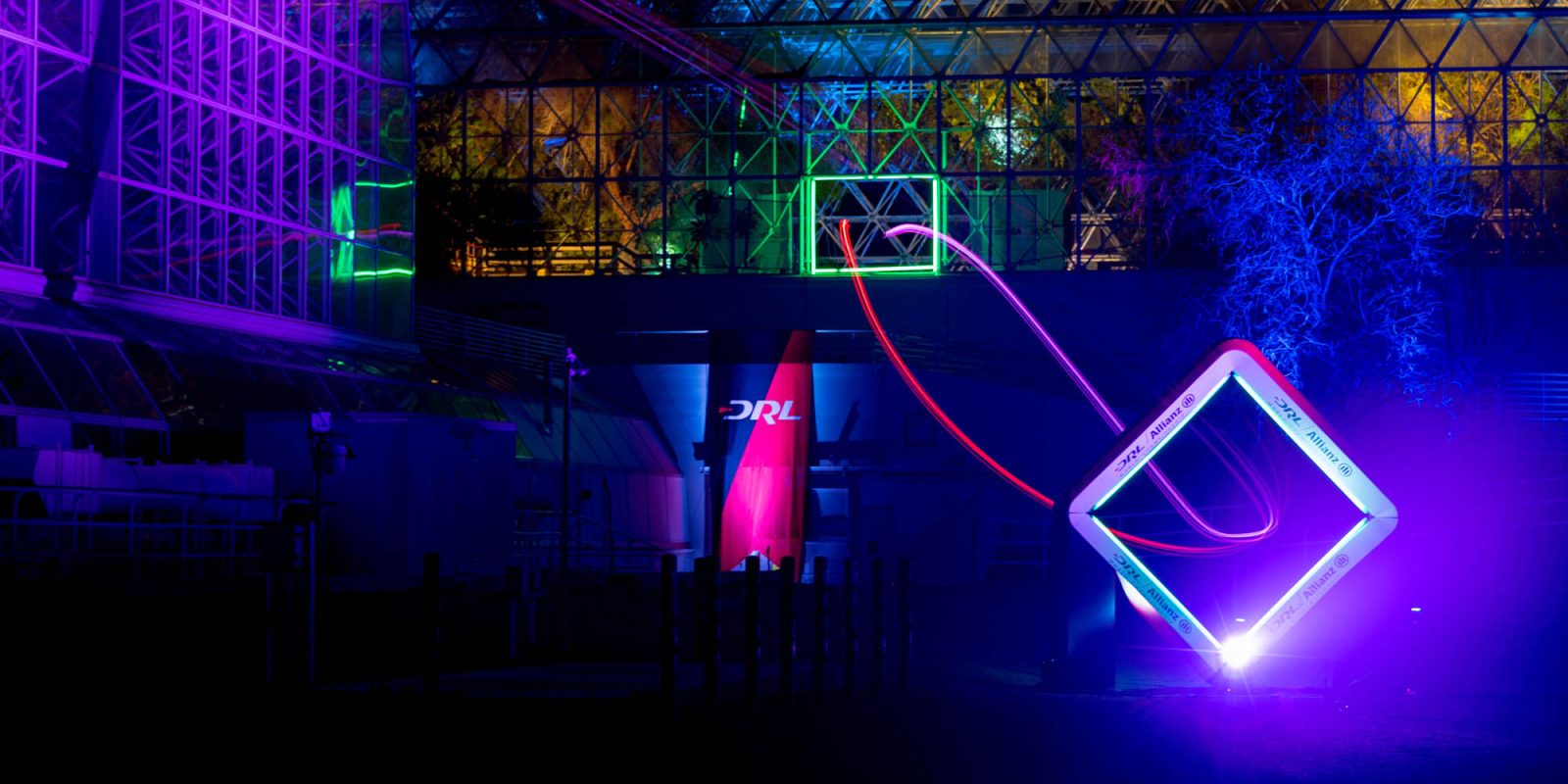 The leaders in the drone racing scene, the Drone Racing League are once again breaking boundaries by opening up its 2020 racing series to 16-year-olds. We got the chance to interview DRL‘s COO, Ashley Ellefson and ask a few questions about the reason for lowering the age limit and what it will do for the future of the sport.

Last weekend pilots took to the skies in the 2019 MultiGP Championship. The winner, Evan “HeadsUpFPV” Turner, age 16, has gained himself a guaranteed spot in DRL’s 2020 drone racing season. Making Evan the first under 18 pilot in the Drone Racing League

The Drone Racing League is able to lower the minimum racing age to 16 as the minimum age for obtaining a Part 107 license which is required to fly in a DRL race.

Ashley explains that lowering the age will allow for more competition within the sport and allow for talented pilots that are under 18 to show off their skills to the world and make a sustainable career in the drone racing world.

1. What will lowering the age do for the sport and the wider drone industry?

Lowering the age raises the stakes for the sport of pro drone racing. As DRL recruits the world’s best pilots, opening up our roster to younger talent will help drive more thrilling competition and create new career opportunities for the FPV (First Person View) community that spans all ages across the world. We’ve seen some insanely fast pilots under eighteen who love racing drones and have what it takes to fly professionally — and we’re excited to watch them rise into the league.

DRL hopes to bring in new under 18 talent into drone racing with the 2020 DRL season. If the young pilots are dedicated and train hard there’s no doubt we will see them standing on the podium. The Drone Racing League also creates all its drones in-house along with a drone racing simulator to introduce new pilots to the sport.

2. Keeping in mind past events, do you think some of the best DRL pilots will soon be under 18?

We’re constantly advancing the sport of the future by innovating new high-speed drone technology, designing new video-game inspired tracks, and featuring new elite pilots. We’re getting ready to introduce new faces under eighteen in our 2020 DRL Allianz World Championship, and assuming they train as hard as our older pros, we bet fans will watch them make podium.

3. What prompted DRL to lower the flying age?

As we’re seeing with all-star DRL Pilot Vanover, who, at age 19, is the youngest in the league and has already won this season’s Level 1: Miami and Level 3: Twin Cities, the competition is getting younger. And we’re seeing the age-shift on our DRL Simulator, where thousands of players under eighteen fly virtual tracks on our true-to-life drone racing sim, and hundreds of players under eighteen participate in the largest grassroots organization, MultiGP. Come next season, we hope to include some of the best young pilots on the planet.

No major changes to the rules will come into play with the new age but the Drone Racing League is continuing to follow and abide by the rules set by the FAA.

4. Will the lower age bring adjustments or new rules to the 2020 DRL season?

We’re always evolving our rules to push the limits of DRL pilots, maximize the thrill of our racing, and ensure utmost safety — and adding younger pilots will be no different. One thing we will continue to do is follow FAA protocol: as we require all pilots to fly with a Part 107 License, DRL pilots will need to be over 16 years old, the youngest they can be to obtain one.

With younger talent come younger viewers and a loyal fanbase that will be growing up watching drone racing. The new pilots will showcase their racing styles, competitive racing and crashes to the drone races.

5. What’s most exciting about bringing in younger talent?

Drone racing is an incredible and inclusive sport. It brings people of all backgrounds and ages around the world together, and we’re thrilled to invite the next generation of professional pilots into the league, showcasing more speed, competition and epic crashes for our fans to watch first-hand.

Want to watch a live race? You can watch from any of the following providers: NBC, NBC Sports, Twitter, Sky Sports, ProSieben, Groupe AB, OSN, and FOX Sports Asia. Be sure to let us know what you think about this rule change. Is it a good thing or should have DRL just kept it the same?