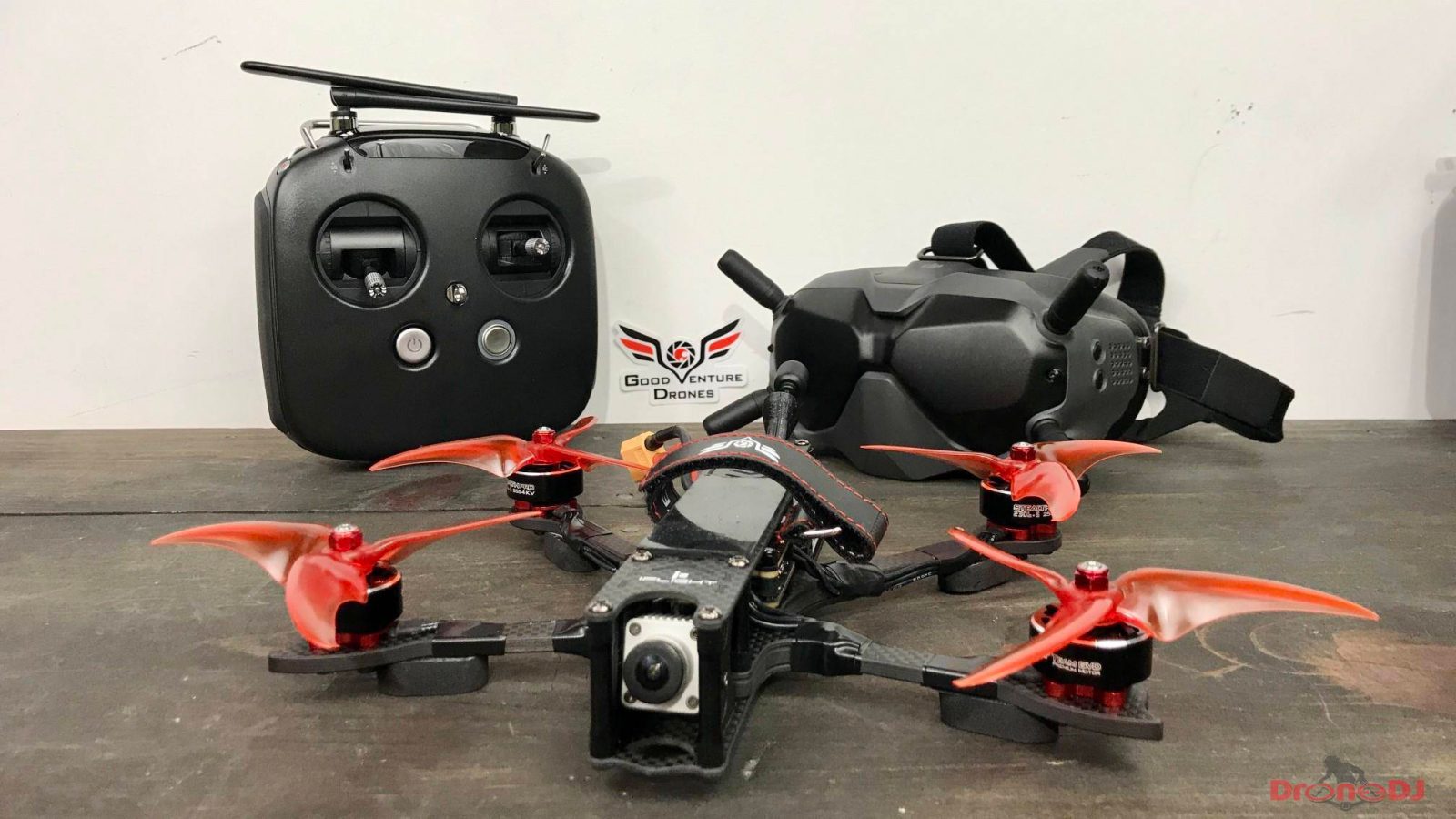 The new DJI digital FPV system is an absolute game-changer for anyone interested in drone racing or flying acro. The crystal-clear video is light years better than the absolute best analog system on the market. But is it worth the hefty price tag? The DJI Black Friday Sale just dropped the prices on their goggle kits by $130.

While the DJI Digital FPV Fly More package still isn’t cheap, starting at $779, it is a significant savings from the original $929. Should you invest in DJI or should you stick with analog? What about people looking to break into the FPV hobby? Should they consider DJI?

There is no doubt that the FPV system is better than analog. The picture is clearer and it isn’t close. When you are flying, the breakup or interference is different, but still superior to the scratchy lines of analog systems. In most cases, the range of the DJI system is even better than analog video when you are flying at 700 mw, or if you’ve done the easy modification to 1,000 mw or 1,200 mw. I love sharing my DJI goggles with friends that fly, and their reactions are almost always the same: some variation of, “Wow, that is amazing.” People ask about latency. My answer is, What latency? It is as good if not better than any analog system I’ve flown.

Getting the DJI digital FPV system set up

Unfortunately, DJI doesn’t make an FPV drone. You’ll have to build one yourself or find someone to do it for you. There are a few models that are prebuilt, but like everything else with DJI’s name on it, they are expensive. I decided to build one myself. I highly recommend finding a frame and a flight controller that are specifically made to work with the DJI Air Unit. It will make the build both much easier and neater looking. 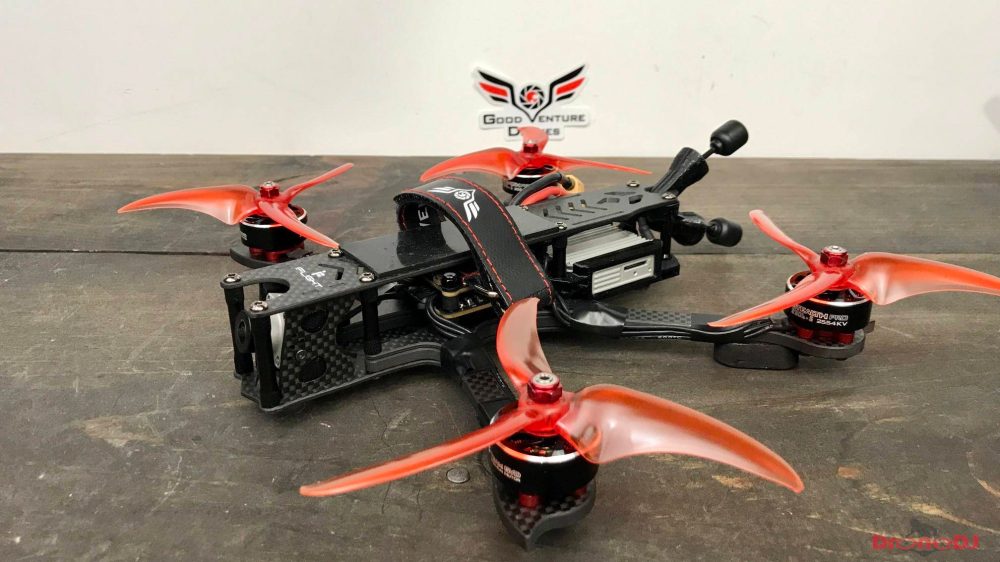 DJI has some components on its website but is fairly limited. They’ll do the job, but there are a lot of really good options out there. I chose an iFlight DC5 frame ($49), a Holibro flight controller and ESC ($92), and special edition Good Venture Drone motors ($19 each) for my build. Building this drone and adding the DJI system costs about $1,000 (if you snag one during the DJI Black Friday sale). That’s not cheap. 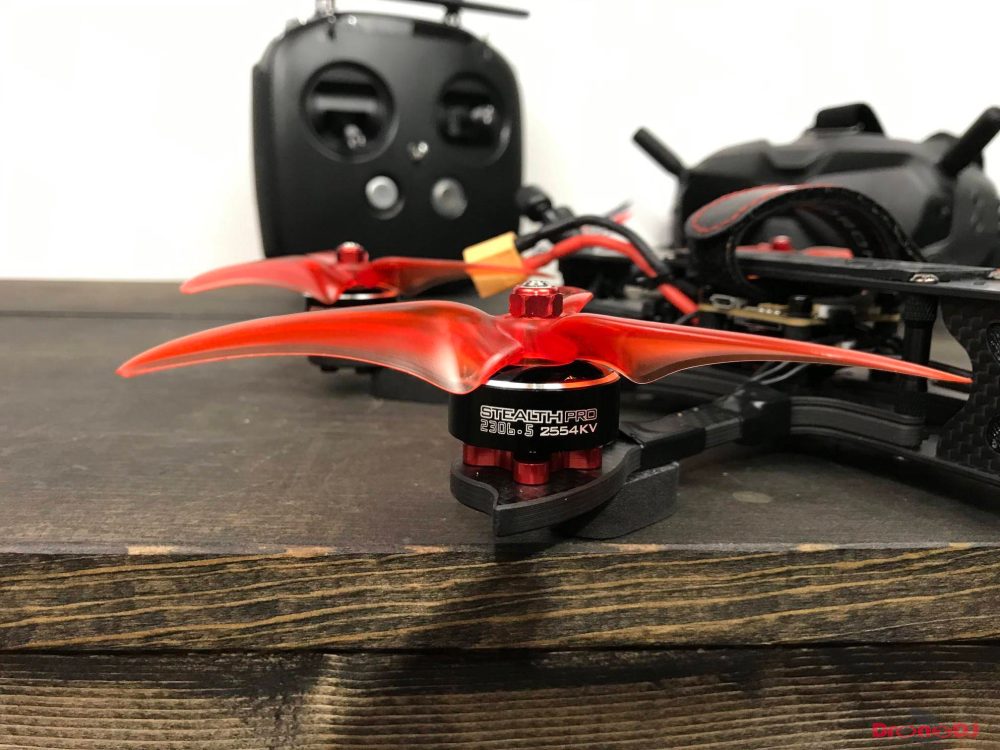 After picking out the components I wanted to use, building the drone wasn’t much different than building any other FPV drone. You’ll want a made-for-DJI frame because of the size of the Air Unit. Having a made-for-DJI flight controller was also nice, because it eliminated a lot of the soldering, since the unit just plugs right into the flight controller. The Good Venture Drone motors were a little expensive, but are easily the best motors I’ve ever tested. I’m very happy with how the drone turned out. 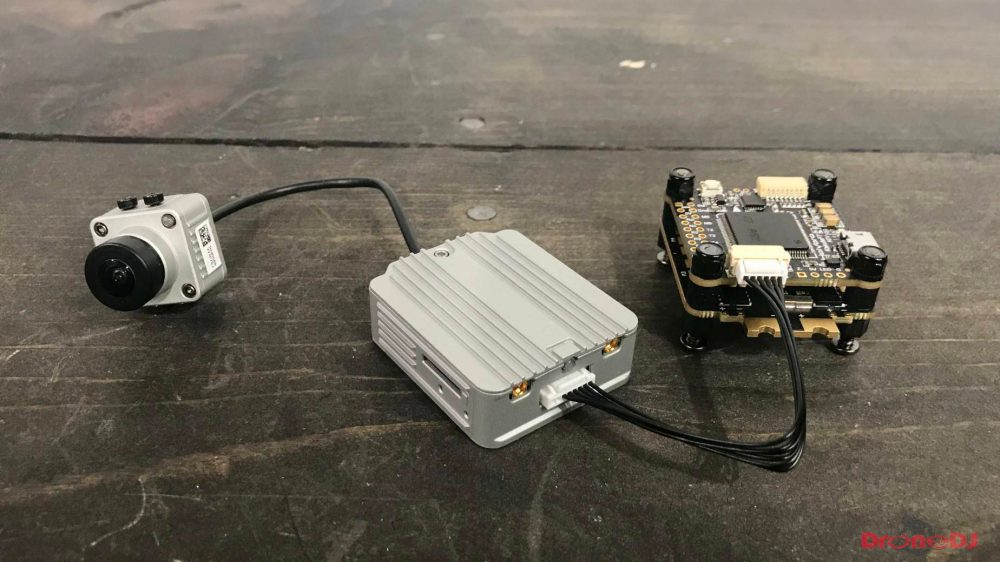 Getting a flight controller made for the DJI Air Unit allows it to easily plug in.

How does this compare to a good analog system? Let’s price it out. Let’s start with a high-quality Emax Hawk 5 Pro. It is a really good 5-inch drone and will cost $240. The new Fat Shark HDO FPV goggles are really nice and with the RapidFire module and antennas will cost about $650.

You’ll have to add your own transmitter. The most popular is probably the Taranis QX7, and that will be $130. That brings us to a total of $1,020. With the new DJI price cut, that is roughly the same price.

Could you get into analog FPV cheaper? Absolutely: The Emax Tinyhawk all-in-one system is only $165. With analog, there are nearly endless options, and that is probably the biggest advantage that it has over DJI FPV. Let’s take a look at how some of the components stack up. 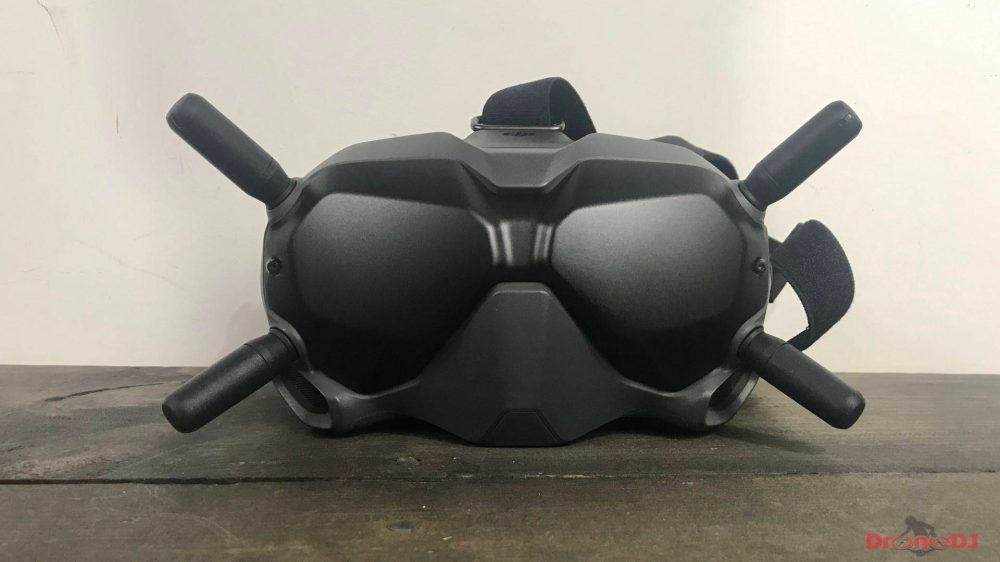 The DJI Goggles look awesome, but are probably my least favorite part of the entire system. They don’t fit nearly as nicely as my Fat Shark or Skyzone goggles. The picture is clear, and the menus are very easy to navigate. You can start recording on both the goggles and the drone with a push of a button, which is very convenient. The four small LHCP antennas do a solid job of grabbing the signal from the quad. I wish they were more comfortable, but I’ll deal with them, because the picture coming out of them is so awesome. 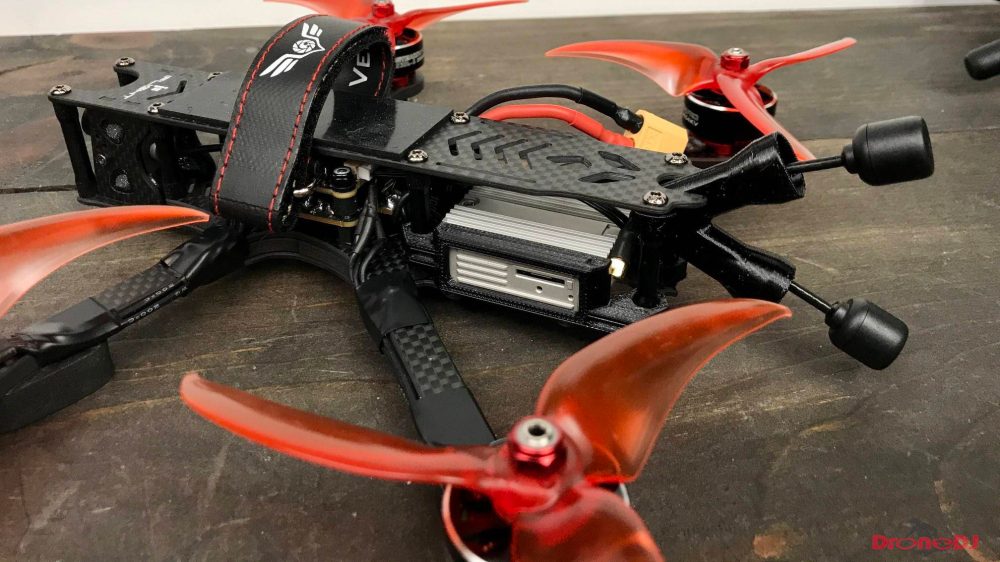 The DJI Air Unit includes the camera and the module that records video. It acts as a DVR and a video transmitter. You can run it at 25 or 700 mw. There is an easy modification to unlock 1000 and 1200 mw for even better reception and longer range. If you use the DJI transmitter, the air unit also serves as the radio link. You don’t have to use the DJI transmitter and can use your own receiver if you so choose.

Purchasing a frame like the iFlight DC5 is important because it can accommodate the DJI Air Unit. You can see there is a special 3D printed housing that keeps the Air Unit in place and protected.

Because I have the remote, I opted to use it and the air unit and forgo adding a receiver to the unit. I found the range for both video and radio to be spectacular. I didn’t push it but can reach up to 4 km operating at 700 mw. The biggest drawback to the Air Unit is its size. As a guy who loves to fly micros, it’s a bit too big for those little quads. That is sad, but I may be moving away from the little quads now, because I love the clarity that this DJI FPV system provides. 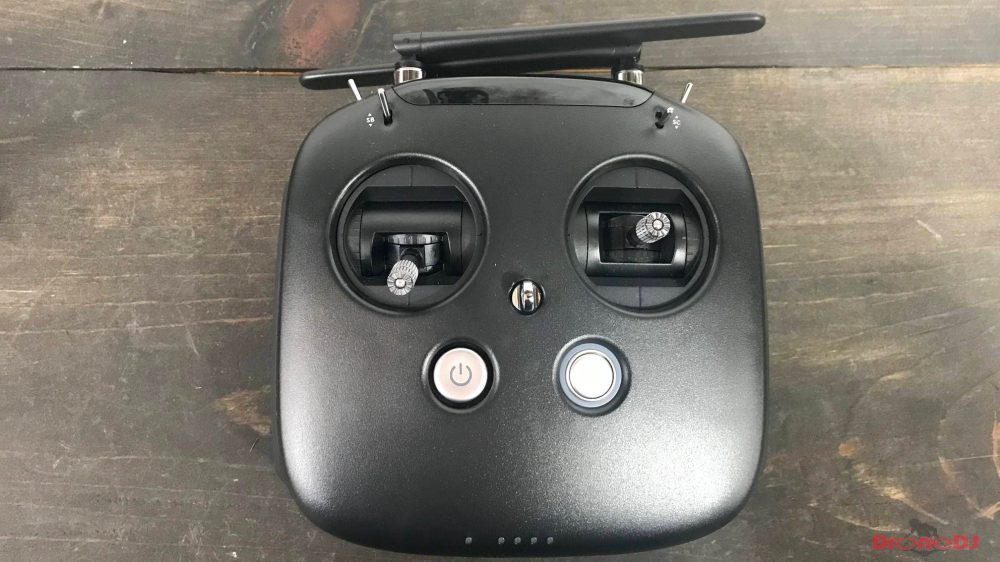 The DJI transmitter is good. It is basically the same design as a Phantom remote. The gimbals feel good, and it has plenty of switches for arming and different modes. You can even start and stop recording from the transmitter. You can fly the DJI FPV system with any remote if you opt to add your own receiver. However, I do like this remote and will be sticking with it for the near future.

Should you switch to DJI FPV? 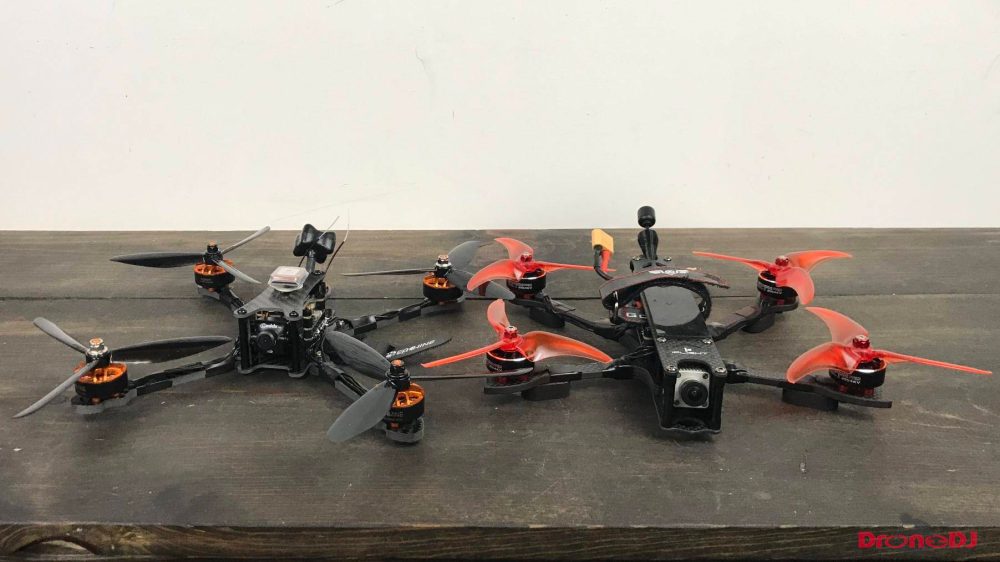 Flying FPV is awesome whether you go with analog or digital. I have a hard time recommending someone spending over $1,000 to get into FPV when there are inexpensive options to get started like the $165 Emax Tinyhawk kit. If you are already flying FPV and you want the best, then it is hard to say it is anything other than DJI FPV. Fat Shark is working on its own HD system, and early results are good. It’s still a work in progress, but still isn’t quite as nice as the DJI system. But do you really need the best? I can’t answer that.