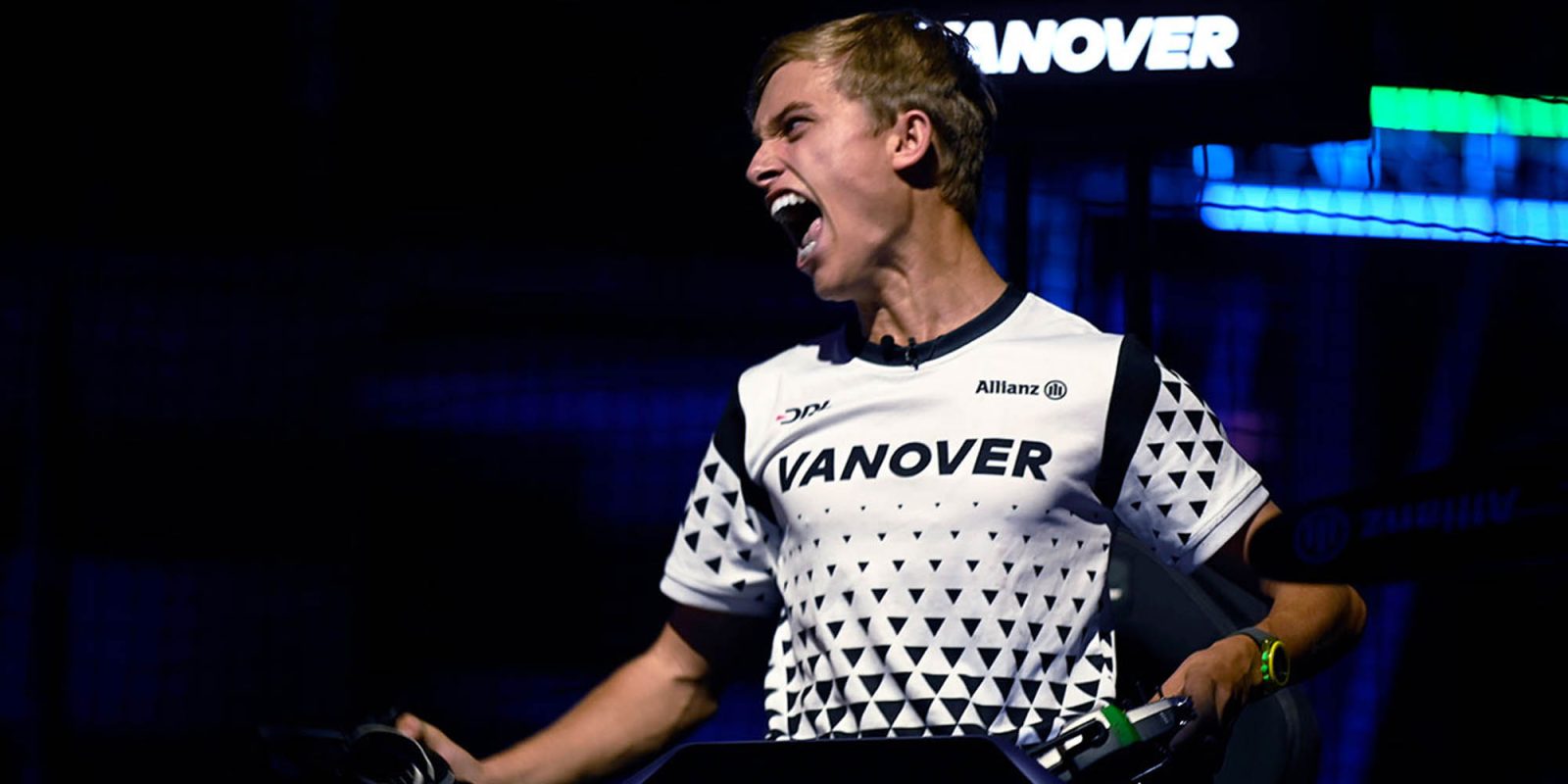 Vanover is the latest Drone Racing League (DRL) pilot to take the top position in last year’s Drone Racing League Championship season. Today I got the chance to ask Vanover a few questions about the sport and competing in DRL. He also gave some advice for beginner pilots.

I interviewed the very talented 19-year-old, who shared insight into the drone-racing world and how he takes on top pilots such as NURK and GAB707.

American drone racing pilot Vanover is the youngest DRL pilot who has already won multiple MultiGP National Championships and has once again proven himself by winning the 2019 DRL Championship. Pretty impressive! Now let’s get into the questions.

Why and how did you get into drone racing?

I got into drone racing for the love of competition and because I knew I had the skills to fly against the best pilots in the world. I started by signing up for my local drone races via Facebook and MultiGP, and eventually after racing with the local pilots in the Dallas area. For about a year I qualified for the MultiGP championship and ended up winning the whole competition against some of the fastest racers in the world, including some DRL pilots! In 2019, I got the contract to be a professional pilot in the Drone Racing League, and the rest is history.

How did you feel taking on the other racers such as Nurk, Gab, and Jet?

Taking on other top DRL veterans like Nurk, Gab707, and Jet doesn’t bother me at all. I know at the end of the day that as long as I show up to the race mentally prepared, coupled with all of the hard work I put in behind the scenes in my training, and most importantly having the right attitude toward racing, then there is nothing that these guys can do to stand in my way. That said, it’s a true honor racing against the other DRL pilots, as everyone is at the highest level in drone racing, and everyone has the desire to win.

Where do you see yourself going within drone racing and further in the drone world, as you’re so young?

If you had asked me at the beginning of 2019 DRL Allianz World Championship Season where I thought I’d go with drone racing, I would have told you something along the lines of, “Well, I plan to do it for a few years and move on to something else in my life.” However after racing all across the world this year, doing live events such as the sold-out DRL race at Chase Field, flying at the Allianz/DRL Formula E-Prix Party Presented by BMW, and the Singapore Champions race at Gardens by the Bay, I realized that drone racing is growing at a rapid rate, and is gaining global popularity like crazy. I could see myself racing drones for years to come, with the goal to be a drone racing analyst for the sport once I retire from racing, and maybe even have my own podcast. But we will see. Right now I’m living life in the moment, trying to be the best at what I do, and redefine all the standards on what it takes to compete in the sport of the future.

Why do you think drone racing has grown so quickly over the last few years?

Drone racing has grown so much recently because DRL has made it become more mainstream, airing races on NBC and streaming them on Twitter. Also there are more people getting into FPV flying than ever before — not just for racing but also using FPV as a tool for filming action sports or getting a creative shot that can’t be achieved with a normal camera drone.

Any suggestions for beginner drone pilots or those that want to get into the sport?

My best piece of advice to a beginner drone racing pilot is to never forget to have a positive attitude when racing. You’re going to have your good days and your bad days, just never forget to enjoy it all! Work hard, be the best at what you do, and practice, practice, practice. The DRL Simulator on Steam will teach you everything you need to know, and it’s a fun way to learn how to fly FPV.

Learn more about the Drone Racing League and the pilots:

Do you watch the Drone Racing League? Want us to interview someone else? Let us know in the comments below.