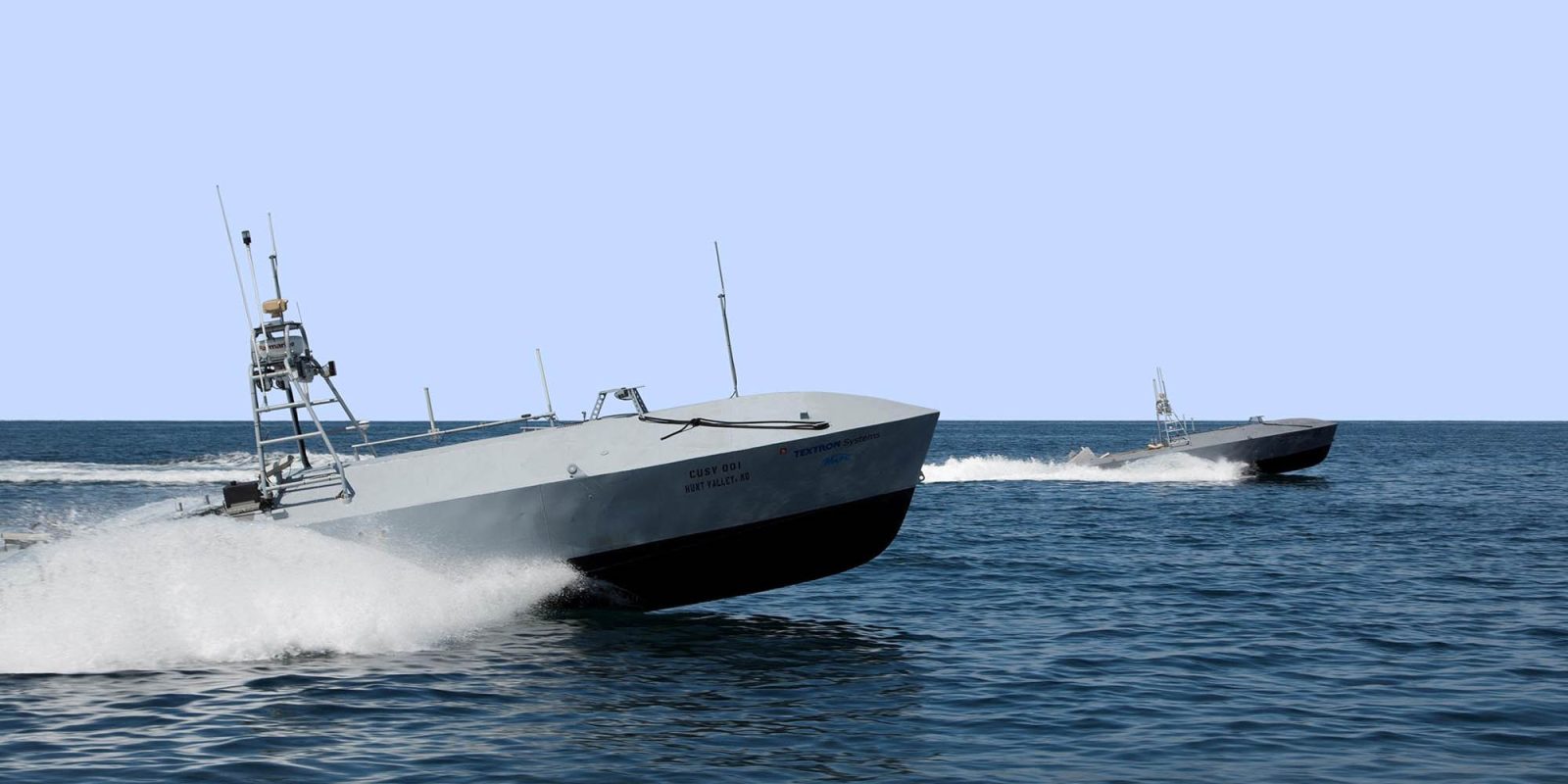 The US Navy is taking a look at weapon-attached ocean drones from arms maker Textron Systems. The drones will allow for surveillance and reconnaissance missions, remote attacks on dangerous targets, and making better decisions with the increase of data collected by the drones.

The ocean drones or autonomous boats will allow for crew and the ships carrying them to be further from a suspected threat. The Common Unmanned Surface Vehicle (CUSV) is also able to be used in keeping communication channels open between ground, air, and underwater operations.

The CUSV is a part of the Navy’s Unmanned Maritime Autonomy Architecture program, which looks at new technology that allows for a vast variety of payloads to be used without risking lives. The drones will essentially be a swarm of boats safeguarding the mothership from dangers at sea.

CUSV can be deployed for over 20 hours, has a towing force of 4,000-plus pounds at a steady 20 knots, and uses an agnostic data link backed up with GPS. The surface drone is capable of surviving 13-foot waves, the equivalent to Sea State 5. It is capable of carrying mine-sweeping equipment, warfare weapons, and intelligence, surveillance, and reconnaissance (ISR) packages such as thermal cameras, high-powered cameras, and radar.

Captain Pete Small, the program’s executive officer, has the following to say about surface drones and why the Navy is looking to use them.

We need them to match fleet CONOPS (Concepts of Operation) that employ multiple USVs operating in proximity with each other. New software and technical interfaces allow us to upgrade autonomy on the ships and integrate additional payloads.

Small also said the Navy is currently working on interface control documents for the drones, which would allow the Navy to continue developing the CUSV’s autonomous use cases. The Naval Surface Warfare Center is working with the drones creator, Textron Systems, to work on demos of the drones with live artillery capabilities, including guns and missiles.