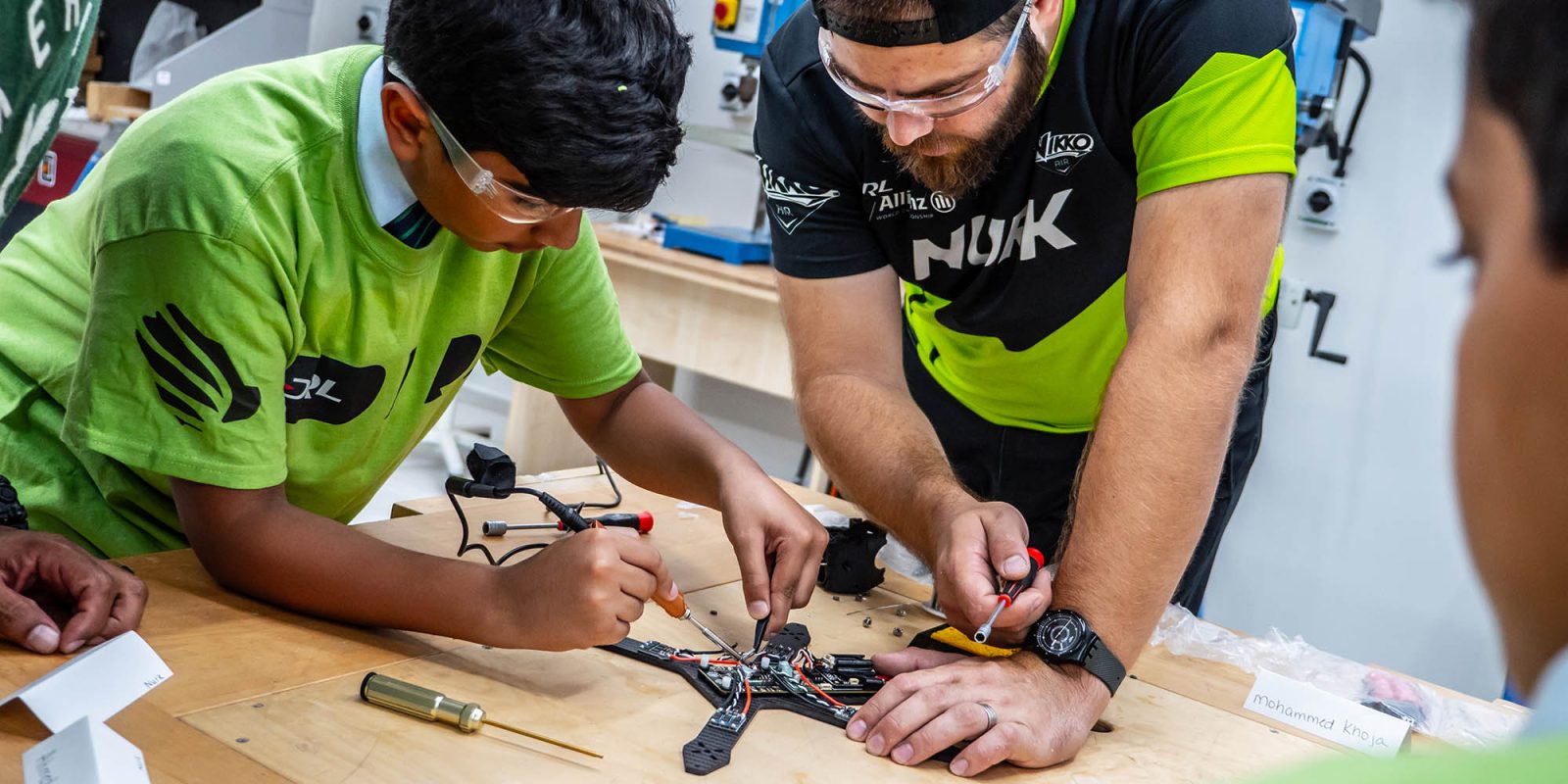 The Drone Racing League has announced its latest venture, the DRL Academy, a STEM program for students studying science, engineering, and unmanned aircraft technology. DRL has also partnered with various education groups to integrate the DRL Academy into school curriculums as quickly as possible.

Today the Drone Racing League launched the DRL Academy, a STEM forward program aimed at getting school kids involved fun and educational content with the main focus being drones.

DRL has also announced a partnership with Eduscape to allow students to access to engaging and educational content from home as a result of the coronavirus.

DRL CEO and Founder, Nicholas Horbaczewski had the following to share on the DRL Academy and what to expect from it in the near future.

“Drone racing is the ultimate sport to facilitate STEM programming and inspire students to learn about robotics, engineering, and physics. Through DRL Academy, we’ll leverage our cutting edge drone technology, custom content, and futuristic sports competition to provide teachers and students with a digital-first curriculum during this challenging time and beyond.”

DRL has also partnered with the National Geospatial Technology Center of Excellence and West Valley College in an effort to support teachers that need educational content and activities throughout the semester.

The DRL Academy is furthering its efforts in the STEM world by partnering with New Jersey City University where students will receive complimentary access to the following sessions:

Alex Urrea, Founder, and CEO of Eduscape, a New Jersey-based business, and a leader in STEM education and online teaching said the following on working with the Drone Racing League and a bit more about the program the DRL Academy will bring to schools.

“We are proud to work with DRL on this important step in giving students and teachers a unique opportunity as they forge deeper into the world of remote learning during this crisis. This initial program will give teachers a unique and innovative option as they look to integrate STEM programs into an online curriculum. It is engaging and fun, while providing practical applications of aeronautics, engineering design, and computer science and will lead to even more interest once we are back to normal as well.”

Are you interested in drone education and STEM being combined? Let us know what you think in the comments below. If you are interested in the DRL Academy, you can contact them via STEM@DRL.io.