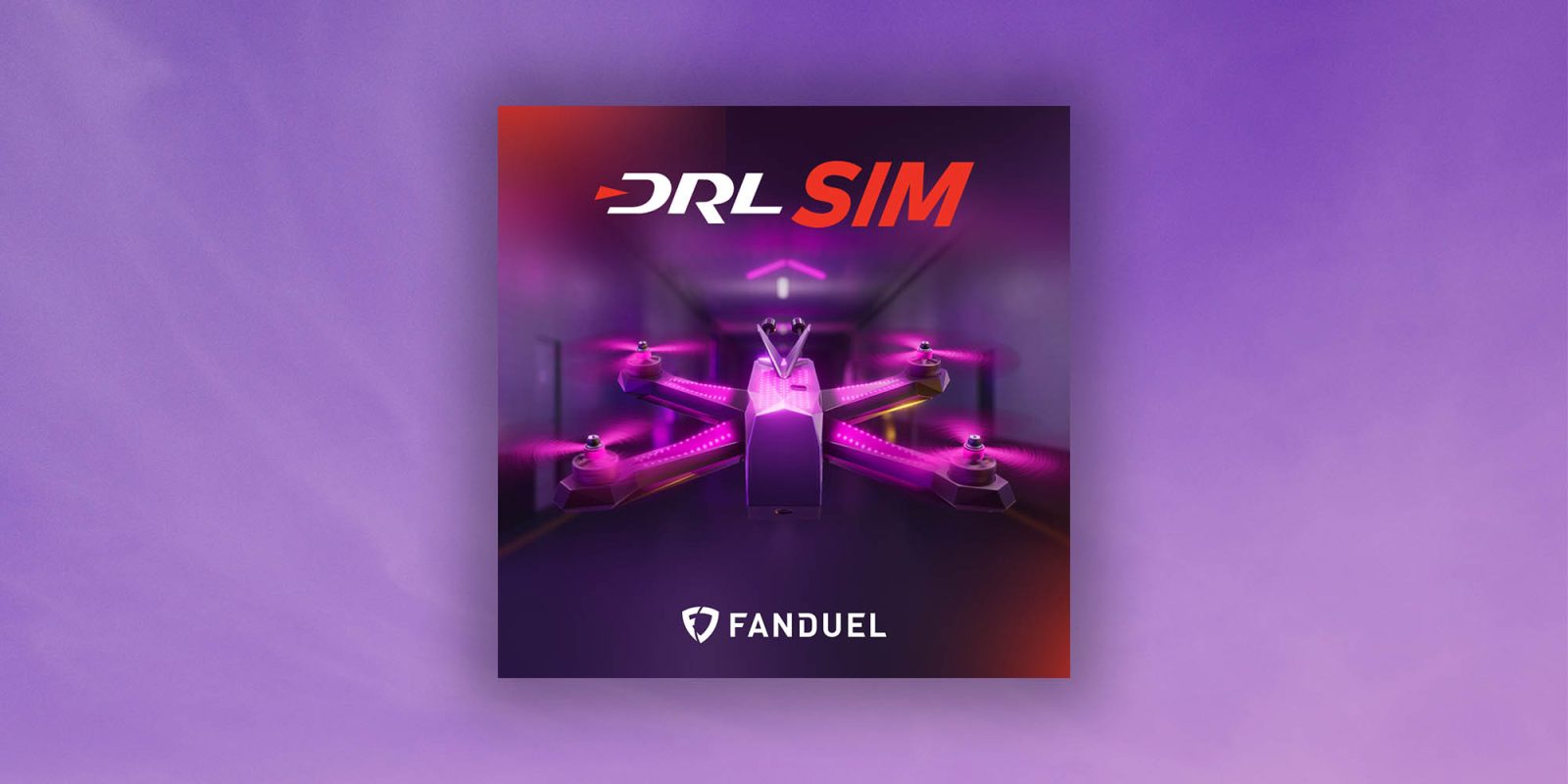 The Drone Racing League has partnered with FanDuel to merge the world of fantasy sports with the world of drone racing. Anyone tuning into the DRL SIM Tryouts final tonight will be able to enter the FanDuel competition for the chance to win a share of $3,000 in FanDuel credit.

The Drone Racing League is joining forces with FanDuel to bring fantasy sports to the drone-racing world. FanDuel will open its doors to drone racing tonight at 9 p.m. ET to give fans the chance to win a share of $3,000 in FanDuel credits.

Earning points follows the same format as FanDuel’s standard daily fantasy format with points being earned for finishing first, second, and third in each heat. Be sure to tune in to the race on DRL’s Twitter, Twitch, or YouTube channel.

DRL CEO and founder, Nicholas Horbaczewski, had the following to share on the partnership with FanDuel.

At a time when fans want access to sports competition more than ever, we’re thrilled to live stream the 2020 DRL SIM Tryouts, a unique esport that transforms gamers into pro drone pilots overnight, and reward fans with prizes through our exciting new partnership with FanDuel.

Kip Levin, president of FanDuel, also wanted to share what the partnership meant for FanDuel and its current users.

We remain as committed as ever to our fans, and we’re currently working to develop new and entertaining games for them to engage with. Partnering up with The Drone Racing League allows us to collaborate with an innovative league as we give our fantasy customers more ways to play.

It’s great to see the Drone Racing League continue to partner with well-known companies to further legitimize drone racing and bring it into the public’s eye more than ever, especially with fantasy as it’s a great way for fans to become more involved in the sport and pilots. Are you excited to have drone racing added to the list of fantasy sports? Would you like to see more companies bring in drone racing fantasy? Let us know what you think in the comments below.