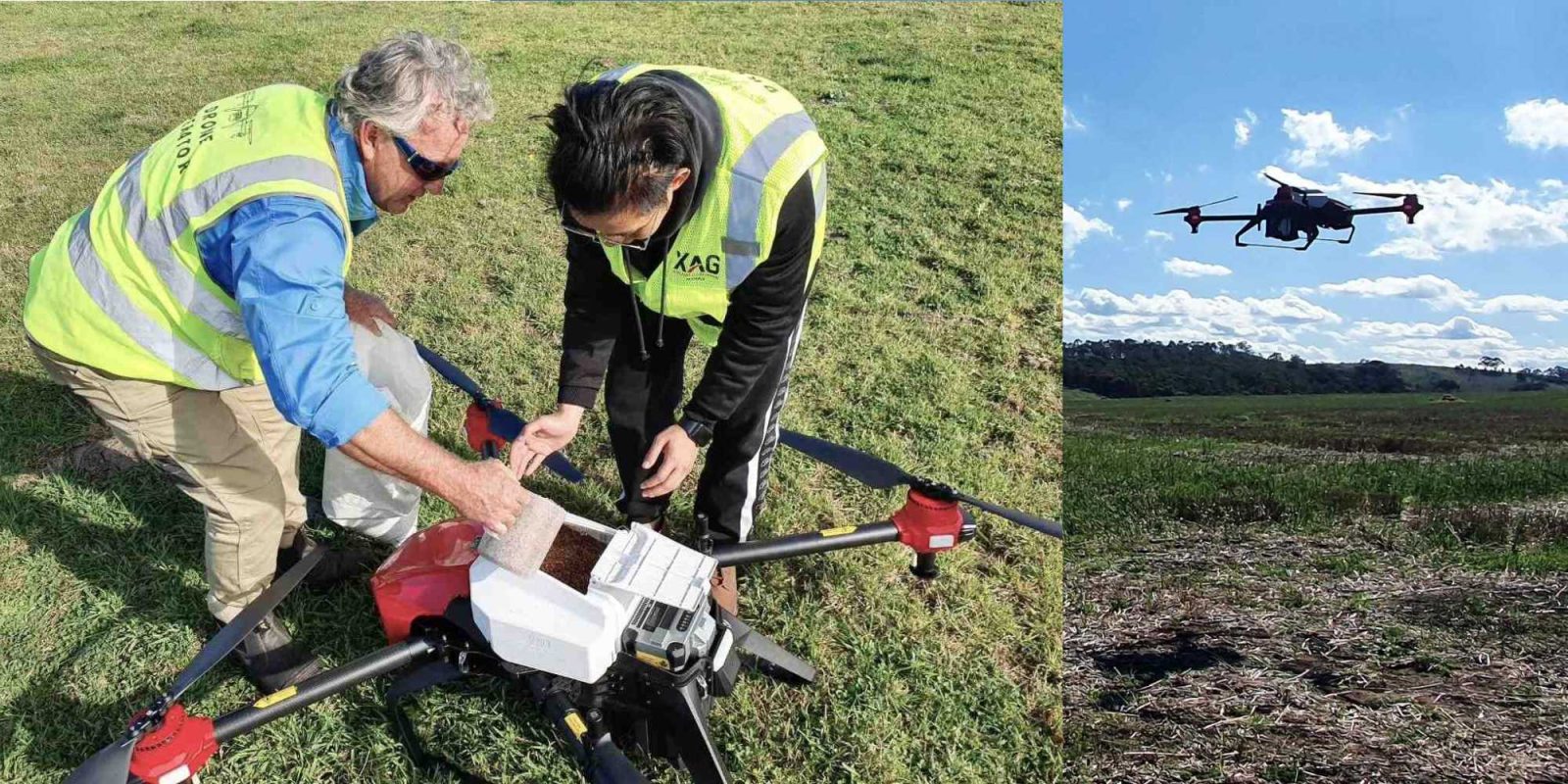 Drones are coming in to help fight the effects from the wildfires that destroyed a large amount of land in Australia earlier this year. XAG has joined forces with the country’s Department of Environment, Land, Water and Planning (DELPW) and Heytesbury District Landcare Network (HDLN) to create the first post-fire drone seeding operation in Victoria, Australia.

Due to the massive scale and severity of the bushfires that swept through Australia earlier in the year, biodiversity has declined while greenhouse gas emissions have skyrocketed. A massive effort will be required to restore the ravaged landscape. And drones could help to speed up the process.

Last month XAG used three of its P series fully autonomous drones equipped with a JetSeed granule system to drop native seeds throughout the Lake Cobrico area in Victoria. XAG was able to cover around 40 hectares of bushfire-burnt land with a blend of 12 seeds. The DELWP and HDLN will monitor the results over the next few months. If it turns out positively, the drones will go on to various other regions to plant seeds in bushfire-damaged areas.

The drones follow a pre-set course, two to three meters above the ground. They use high-speed air to shoot seeds into the ground to ensure the perfect amount of seeds are distributed. XAG is also the first company approved by the Civil Aviation Safety Authority (CASA) to fly drones in swarms. Thus one pilot can fly up to five drones at once, further improving efficiency.

Take a look at the other ways drones have been helping out in repairing the damage caused by the bushfires in Australia: