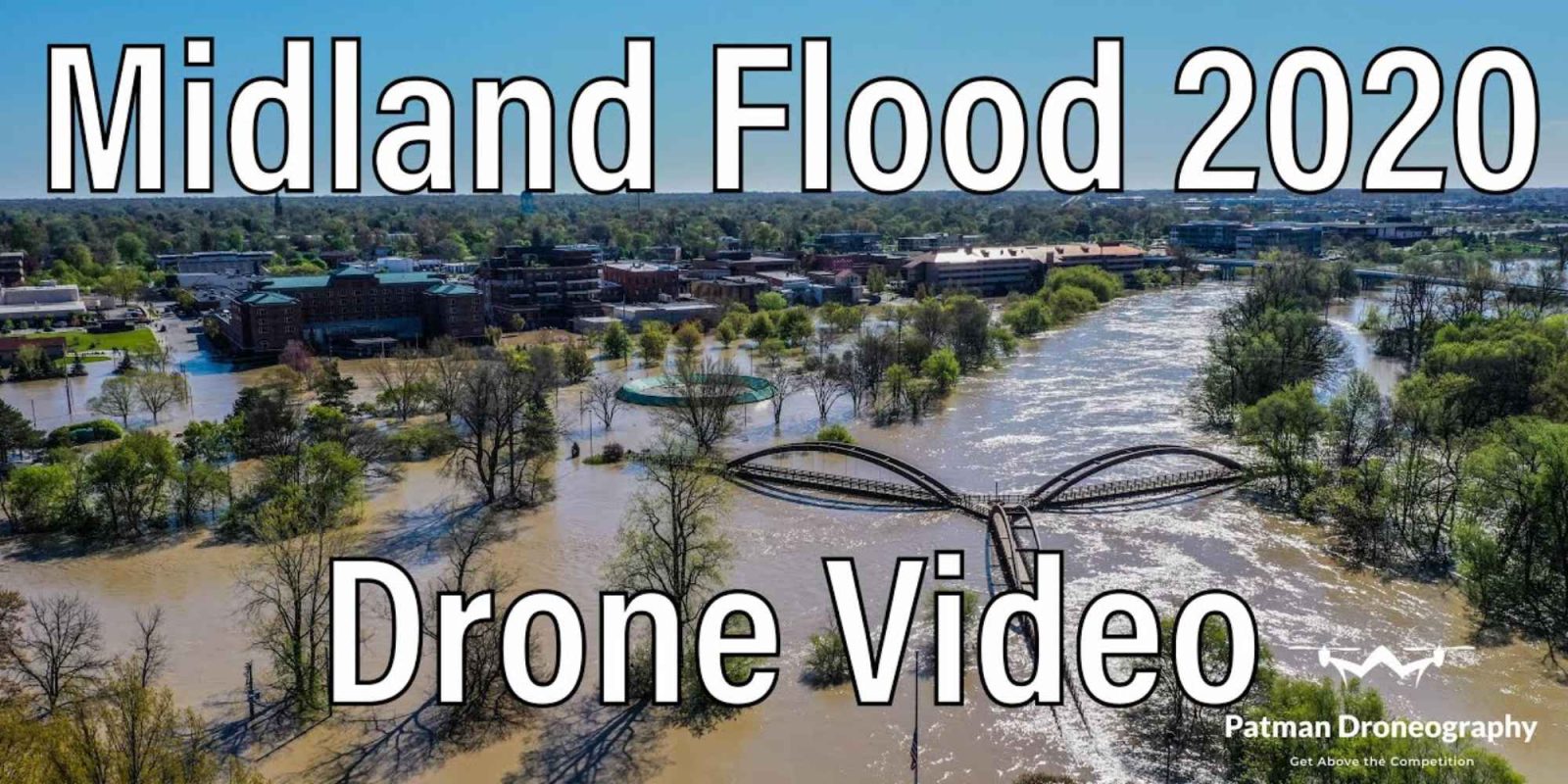 Several drones have taken to the sky to capture the massive amounting of flooding in Midland, Michigan caused by two dam failures as a result of heavy rainfall over the last few days. Thousands of residents have evacuated as a result.

Earlier this week the Tittabawassee River received large amounts of rainfall, filling the reservoirs along it near to capacity. Unfortunately, the Edenville dam wasn’t able to hold the water back and broke, causing large amounts of fast-moving water to rush downstream towards the Sanford dam. The extra water from the upstream breach, along with the extra rainfall, caused the Sanford dam to break as well, flooding Midland and other locations along the river.

Around 10,000 people have been told to leave their homes in Midland and various locations along the Tittabawassee River after the two dams failed.

Governor Gretchen Whitmer has said it’s hard to believe the state is dealing with the worst flooding they have seen in the last 500 years right in the middle of a 100-year health crisis.

The following drone video by Patman Droneography captures the massive extent of the flood. In some areas the water inundates the first floor of buildings and even takes out a bridge. The video also shows a large amount of debris brought with the raging floodwaters, making its way onto various roads.

Photographer, Tim Wenzel was also able to capture the dam just before it broke, saying he had a strong feeling that the water was going to breach the dam. In 2018, regulators took away the license for the dam to be used as a hydropower plant after its owners failed to address safety issues, one of them being its ability to hold up in a flood.