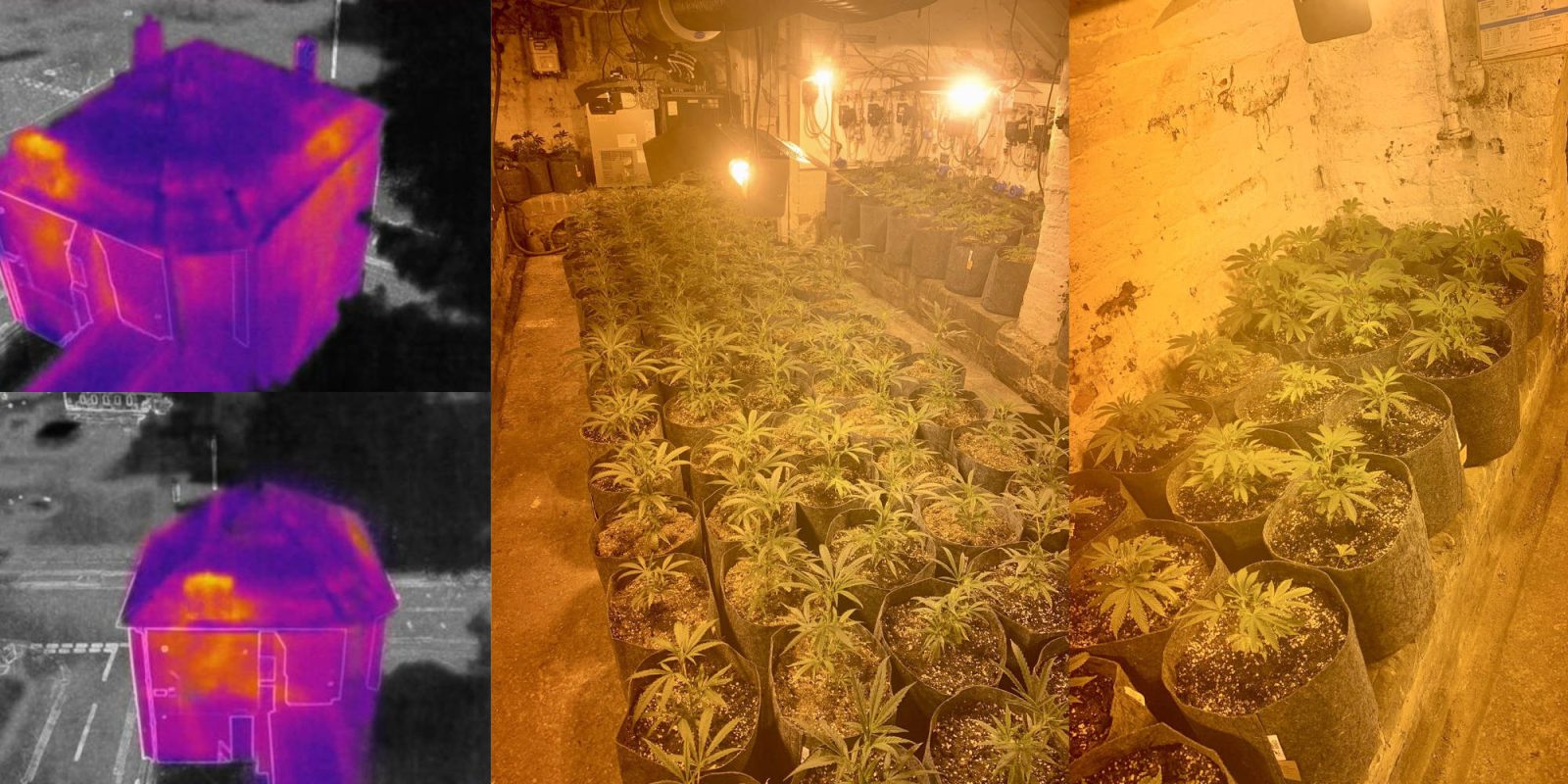 The West Midlands Police‘s Walsall Taskforce has taken down a weed operation running out of an unused pub in Willenhall town center last week, seeing more than $600,000 worth of weed during the raid. The task force used a drone with a thermal camera to see hotspots within the building.

The thermally equipped drone was able to see the heat produced by the high-power lights used to grow marijuana, essentially giving the police the ability to see through the walls to get a better idea of what was going on inside.

The cannabis operation was said to have been spread out over two floors of what was once a pub. On Tuesday, June 9, police moved into the Castle Pub, seizing all the marijuana in the facility along with the equipment used to grow it. Currently no arrests have been made in connection with the raid.

The taskforce took to social media to share that the Walsall Taskforce had a productive afternoon discovering and taking a down a huge cannabis factory. The force counted nearly 600 cannabis plants with an estimated street value of £500,000 ($628,000).

Earlier this year, police in New South Wales, Australia, used a drone to help take down a massive rural weed farm spanning over 20,000 acres. The police were able to seize a whopping 3,000 plants with an estimated street value of around $3.5 million. The property was a large-scale commercial cannabis cultivation that supplied much of eastern Australia.

In 2018, Colombia announced that it will begin testing the use of drones to destroy coca plants used in the production of cocaine. The drones are equipped with a herbicide capable of killing the plants. The tests saw 10 drones being used to spray the plants with greater precision that can’t be matched by the manned aircraft that are currently used to destroy the plants.

What do you think about police using drones equipped with thermal cameras to essentially see through walls? Let us know in the comments below.