Drones trained to do acrobatics thanks to artificial intelligence 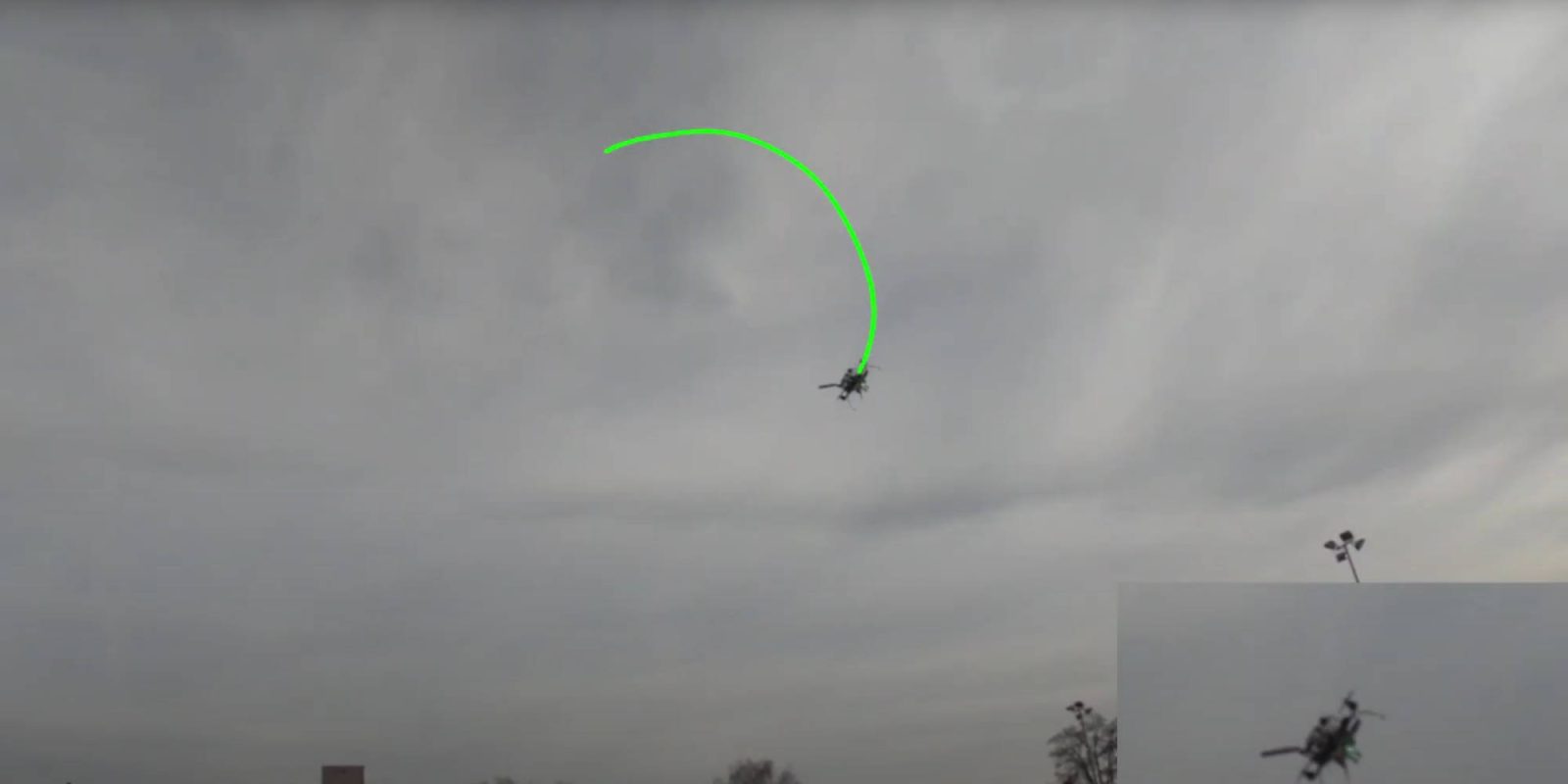 Researchers from Intel, the University of Zurich, and ETH Zurich have shown off an artificial intelligence (AI) system which allows drones to do acrobatics. The AI system removes the need for years of practice to complete flips, loops, and barrel rolls.

Performing acrobatics with drones such as loops, flips, and rolls takes massive amounts of practice and will likely lead to many broken parts in the process. Researchers from Intel, the University of Zurich, and ETH Zurich have managed to overcome this by equipping drones with AI that uses the on-board sensors to perform acrobatics perfectly every time.

The drones use a vision-based system that only has access to the on-board sensors to perform acrobatic maneuvers with a maximum acceleration of 3Gs. The drones are able to work so well thanks to the motor controller which uses visual and inertia measurements to complete the rolls.

The controller is trained in a simulator, meaning it is cheap, fast, safe, and doesn’t require human interaction. The simulator allows the drone to recover from a crash with the hit of a rest button and it’s off again to learn from its previous mistakes. The drones are able to reduce the likelihood of a crash from happening by up to 25%.

What will it be used for?

While an exact use hasn’t been shared, it is likely that we could see the technology being used in the drones Intel uses for its light shows. This would allow the light shows to be even more intense with hundreds of drones performing acrobatics creating cool new images that you aren’t able to get from the more static drones currently used.

The technology could also be used to help aid beginner pilots in learning new tricks by giving them the peace of mind that if something was to go wrong during a flip, the drone would be able to self-correct.

Take a look at the other cool research and testing currently going on in the world of drones:

Would you like AI assisting you in flying your FPV or racing drone? Let us know in the comments below.