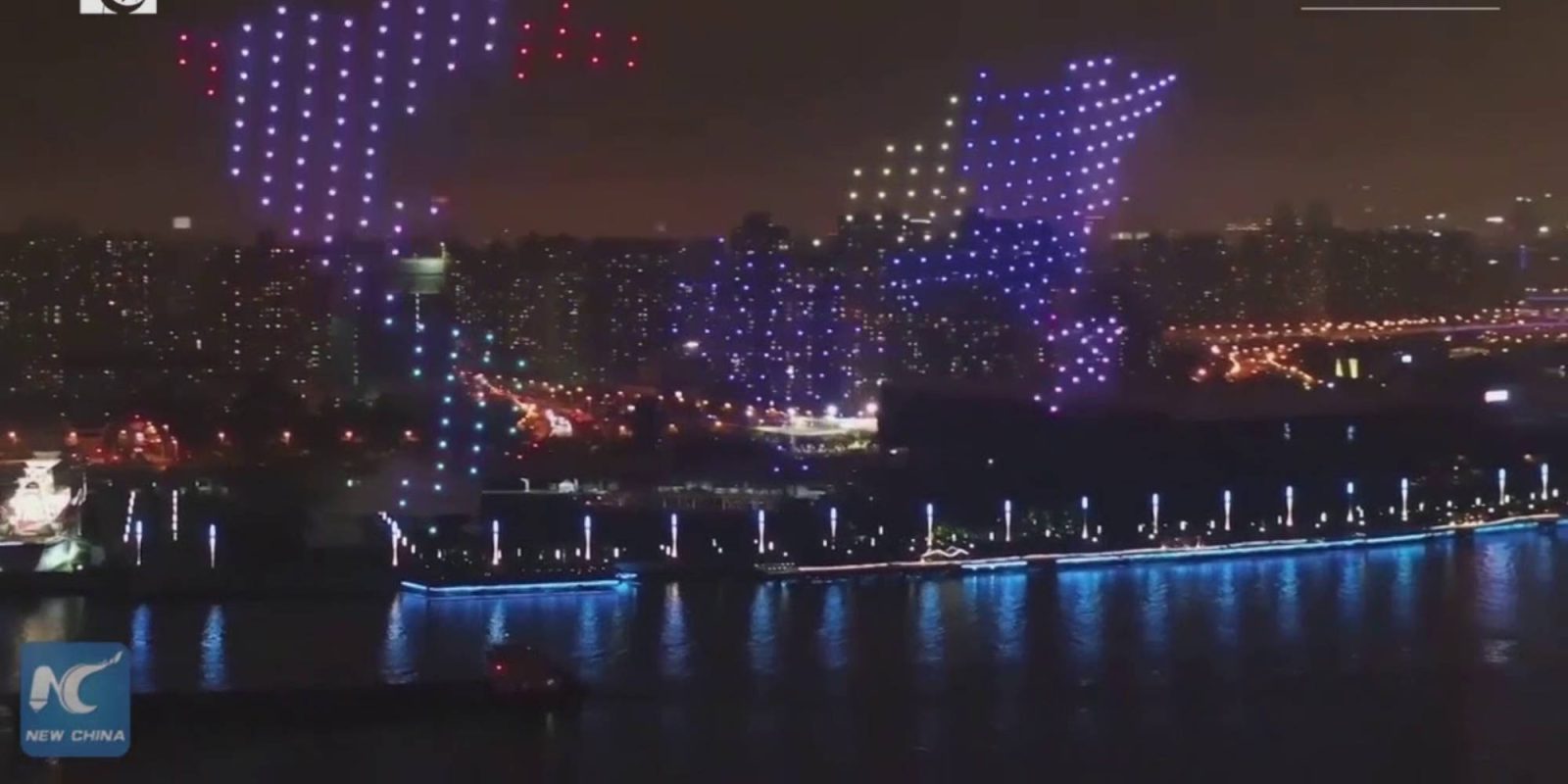 A drone light show has lit up the night sky above Shanghai in celebration of the 2020 World Artificial Intelligence conference earlier this month. The drone show took to the skies near the Mercedes-Benz Arena and was accompanied by a ground-based light show.

This year’s World Artificial Intelligence conference was a little different due to the COVID-19 outbreak shutting down public areas and international flights, causing it to be an online-only event like the majority of all shows this year.

The event showed off the latest in AI technology and research from areas such as 5G, medical, education, transportation, and business. The conference brought some of the best minds in AI together from around the world to share ideas and network.

You might as well see for yourself. But check out that QR code at the end – very clever!