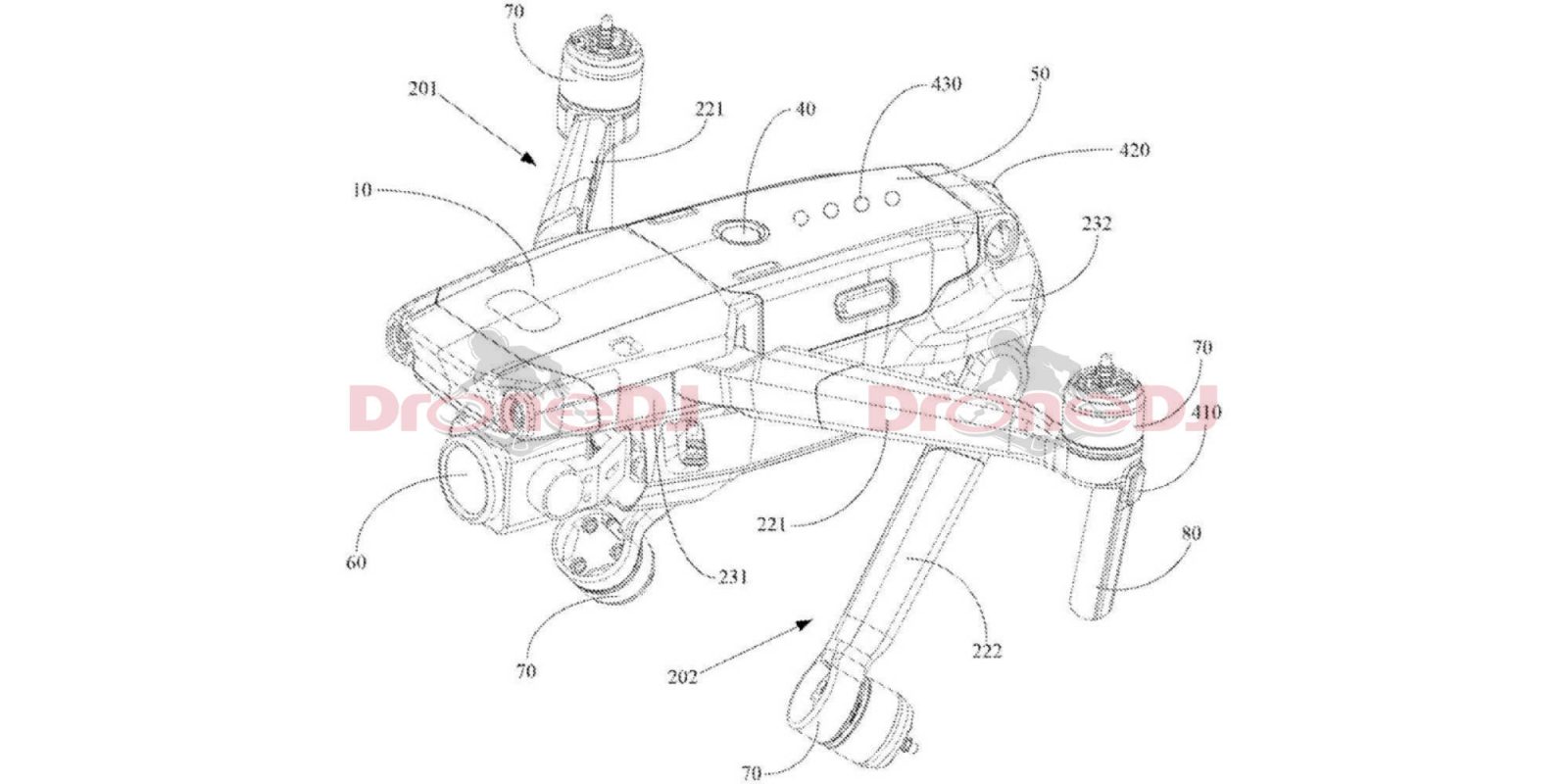 The DJI Mavic 3 design has appeared to leak in the latest round of DJI patents uploaded to the Chinese patent office, featuring a new larger camera, updated battery, and new sensor locations. While we aren’t 100% that this is the Mavic 3 it looks likely that it is.

The patent has a simple title of “Unmanned Aerial Vehicle” with an application date of January 22nd and a publication date of May 28th. This exact patent has been on the database for a little while, but an image was never attached before. Today the image has been made public.

While digging around in the patent we found that we were unable to open the full text and documents.

Taking a look at the drawing attached to the patent we are able to see a few new design choices which lead us to believe that this is a new drone.

Let’s start with the camera, taking a look at the camera we can see a boxier design with sharper gimbal arms than found on the Mavic 2. The camera lens has also gotten a new circular shape, hopefully it supports ND filters directly, like the Mavic Air 2 does.

Looking at the battery, we can see the usual power button with the battery indicator light forming a ring around it. Looking further back we are able to see four dots which appear to be indicator lights for displaying battery power level. The battery also appears to have new indents on either side of the power button.

One of the first things I noticed when looking at this image, is the position of the upward-facing obstacle avoidance sensor (Item 10). This would obviously protect the drone from colliding with something above it. There is what appears to be a rear sensor seen in Item 420.

Take a look at the full abstract below, it doesn’t tell us much other than its a foldable drone that follows the same design as the Mavic line.

We had originally thought the Mavic 3 would release this summer. But COVID-19 – which shut down Shenzhen earlier this year and saw DJI employees working remotely – caused substantial delays in production. The release date now points toward late Q3 or early Q4. It’s also important to remember that some of the products in these patents are early ideas and sometimes do not even make it to the production stage. Given that the Mavic is already an established line – and the clear Mavic lines of the diagram – we believe this is likely the real deal.

Be sure to check out the rest of our Mavic 3 coverage, including what to expect and what the drone community wants to see.

What do you think of the above drawing? Do you think it’s for the upcoming Mavic 3? We’d love to know your thoughts in the comments below.