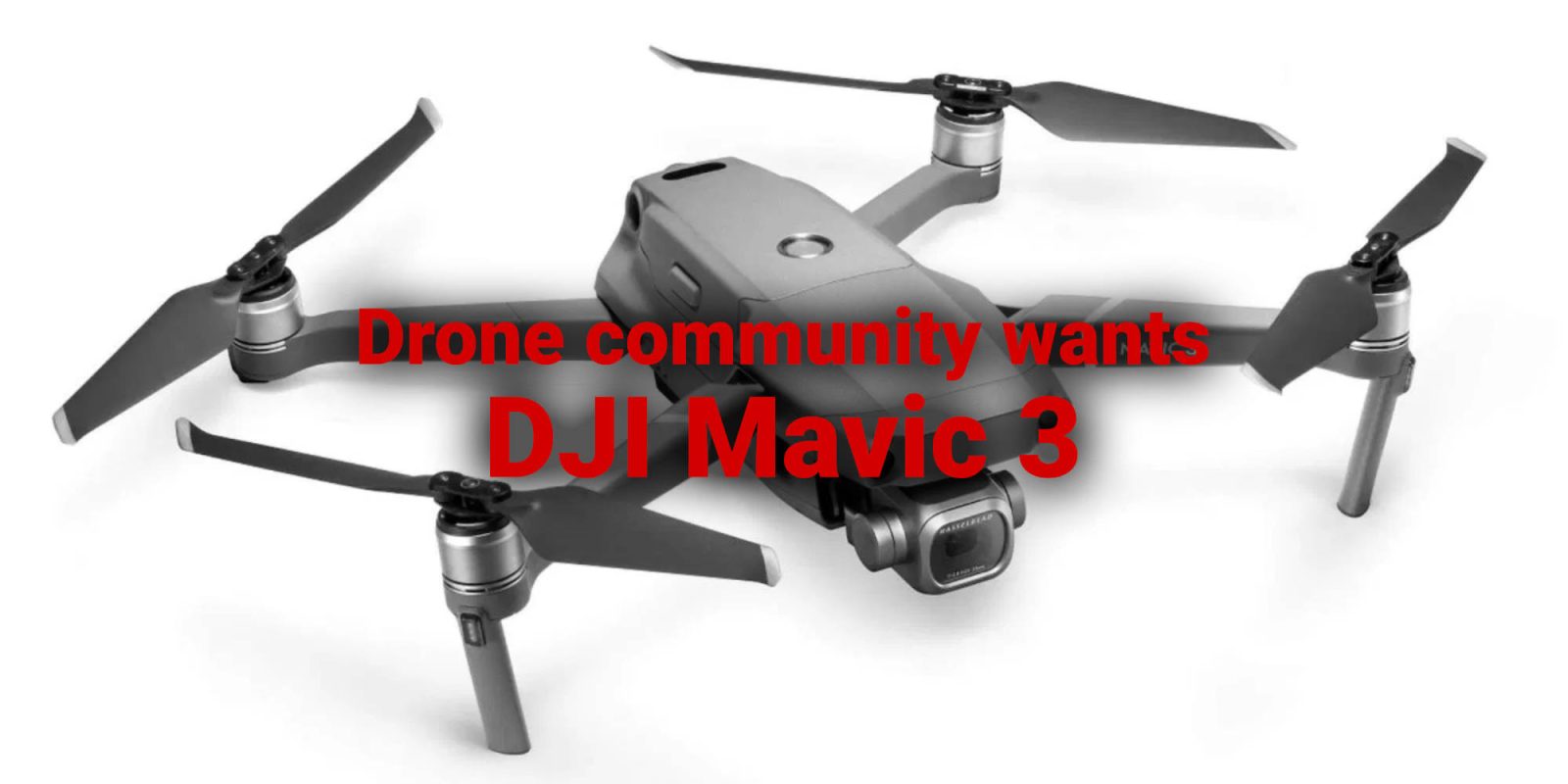 Last week we shared what we expect to see in the DJI Mavic 3, and our hopes for it, whenever the new drone appears. Today we are taking a look at the comments left on that article, along with a few others around the web, to see what the drone community wants in the upcoming DJI Mavic 3.

A big feature that many have requested is the inclusion of global mechanical shutter instead of the rolling shutter found on the Mavic 2 series. Global shutter means each pixel on the image sensor is exposed to the light at the same time, instead of a line of pixels at a time with a rolling shutter. This would eliminate distortion, such as bent shapes, that rolling shutter causes.

The only issue that can be seen with DJI adding global shutter to the Mavic 3 is that it might cannibalize sales of the Phantom 4. The latter has global shutter, and the Phantom series has always been DJI’s top-of-the-line prosumer drone, with the Mavic series being just underneath it.

When the DJI Mavic 2 Pro first released, subsampling was a largely talked about topic, with many arguments for and against DJI using it. Subsampling was used to reduce the amount of data to be processed by skipping multiple pixels. But this produces lower-image quality in the same field of view.

A highly requested feature is a user-removable gimbal system, allowing you to switch out cameras. (The current Mavic 2 comes in two different models, the Pro and Zoom, depending on the camera.) Having removable user gimbals would mean you can quickly change out camera modules when wanting a specific look. Another benefit: Crashes that destroy the gimbal and camera would be a cheaper repair that might not require a DJI technician.

Including a larger-aperture lens (with a lower f-number) on the Mavic 3 would allow for better low-light performance. It would also produce some impressive results when used alongside a larger 1-inch sensor camera. The larger aperture would yield a shallower depth of field. This isn’t noticeable when flying high above, but it would create a cool blurred background effect when flying close to a subject.

Take a look at the rest of our Mavic 3 coverage:

Have something you want to see included in the DJI Mavic 3, or have something to say about the wishes we included above? Let us know in the comments below.