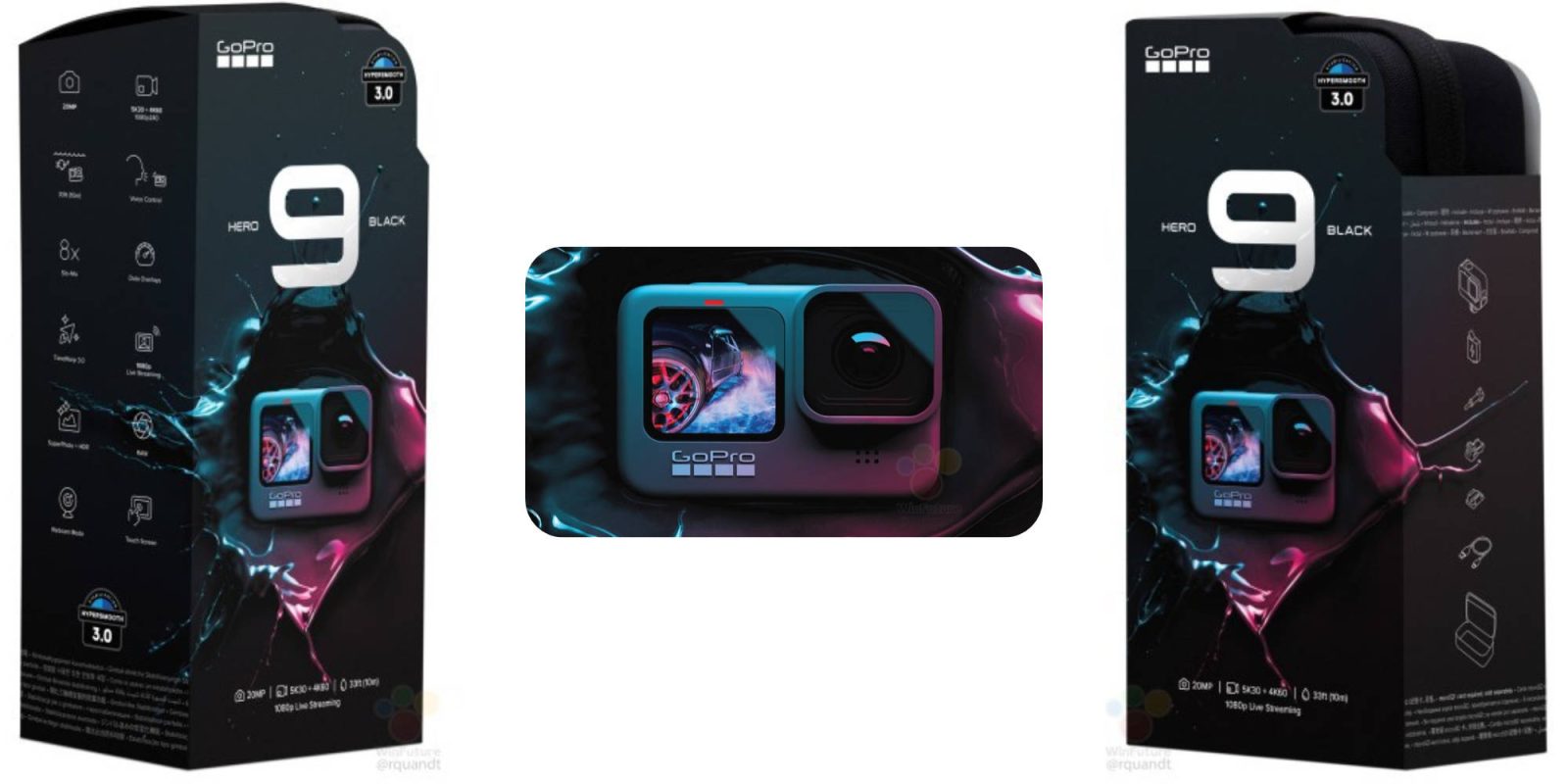 After various leaks, we finally have the GoPro Hero 9 Black specs and confirmation the upcoming action camera will come with 20 MP sensor capable of 5K 30 fps video and HyperSmooth 3.0. The latest leak also shows us GoPro’s new environmentally friendly packing.

We now have information on the price of the upcoming GoPro Hero 9 which you can read more about here.

Of course, the Hero 9 Black will feature the rear touch screen and the brand new front display for easy framing and vlog-style recording. The GoPro will come with the new TimeWarp 3.0 — an improvement over 2.0 — and with webcam mode right out of the box. You will also be able to live stream from the camera at 1080p.

Looking at the leaked packaging, we can see GoPro has gotten rid of its usual cardboard and plastic box, used to show off the GoPro camera while in-store. The new packaging for the GoPro Hero 9 looks to be a hard shell case that doubles as the packaging and a place to keep your camera safe when you aren’t using it. It’s great to see GoPro cutting down on the excessive packaging while giving users more bang for the buck.

Will you be picking up the new GoPro Hero 9 when it comes out later in the year? Or will you stick with the current action camera your using? We’d love to know your thoughts in the comments below.