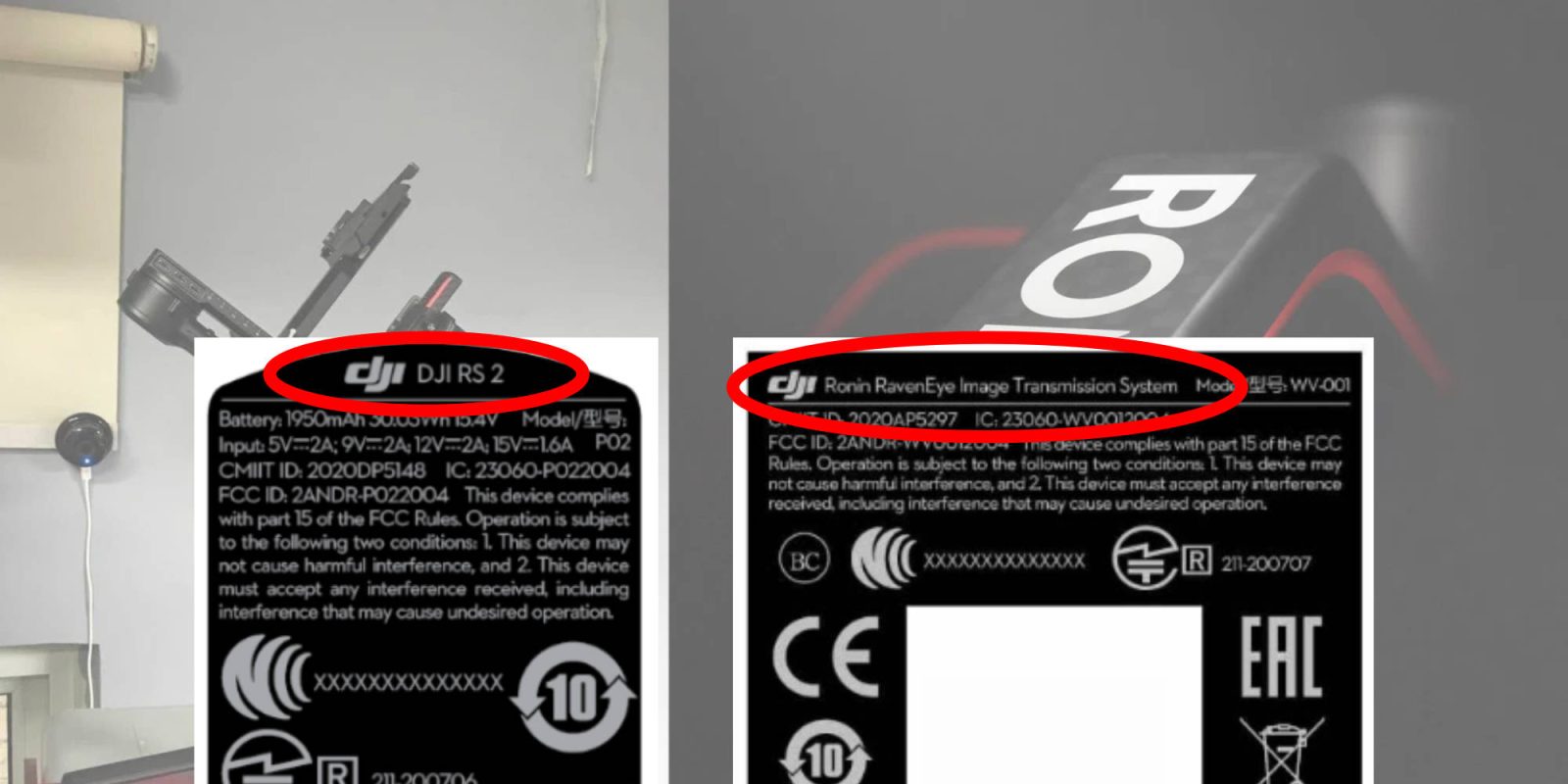 Not long after the DJI Ronin SC 2 hit the FCC’s database, the DJI Ronin S2 and a new Ronin RavenEye Image Transmission System also appeared on the database. The new Ronin S2 looks to have a new name, a higher voltage battery, and a Wi-Fi chip.

The new gimbal from DJI was released on the FCC’s database today under DJI’s gimbal division, SZ DJI Osmo Technology Co., Ltd. The gimbal has the name DJI RS 2 attached to it with the ID number as 2ANDR-P022004.

The image transmission system was also released under DJI’s gimbal division with the name Ronin RavenEye Image Transmission System and the ID number as 2ANDR-WV0012004.

Taking a look at the label below, we can see the name of the new gimbal is now DJI RS 2, which looks to be the condensed form of DJI Ronin S2. It seems like DJI is following the new naming format after it changed the name of the DJI Osmo Mobile 4 to DJI OM 4 and the upcoming DJI RSC 2.

Unlike the Ronin SC2, the Ronin S2 has a higher voltage battery rather than a higher capacity battery. This new battery is 15.4 volts, where the original Ronin S was 14.4 volts. The current Ronin S gimbal only has support for the Blackmagic Pocket Cinema Camera 4k, and that’s it. So this would mean the new gimbal is capable of pushing out more power when required for larger cinema cameras, lenses, and other payloads.

A DroneDJ reader pointed out on our Ronin SC2 post that the new gimbals have an ANATEL logo on the sticker, which suggests the gimbals can connect to a Wi-Fi system. We know that DJI is bringing out an image transmission system, so this is likely what the new Wi-Fi chip is for.

Taking a look at the label of the image transmission system, we can see it attaches to the camera directly with a cold shoe mount and the power likely coming from one of the three USB-C connectors on the Ronin S2’s gimbal arm. We can also see two antennas that look identical to those found on the original Mavic controllers. As the image from the FCC has a ruler next to it, we know the device is around 3.5 inches in length with a width of around 2.5 inches.

As this device also has the ANATEL logo on the device, we can say that the transmission system will likely use DJI’s enhanced Wi-Fi technology to transmit the image over a large distance. This would allow you to place the gimbal in a dangerous or hard-to-reach location but still have a live view of the camera.

Learn more about the upcoming Ronin S2 and Ronin SC2: