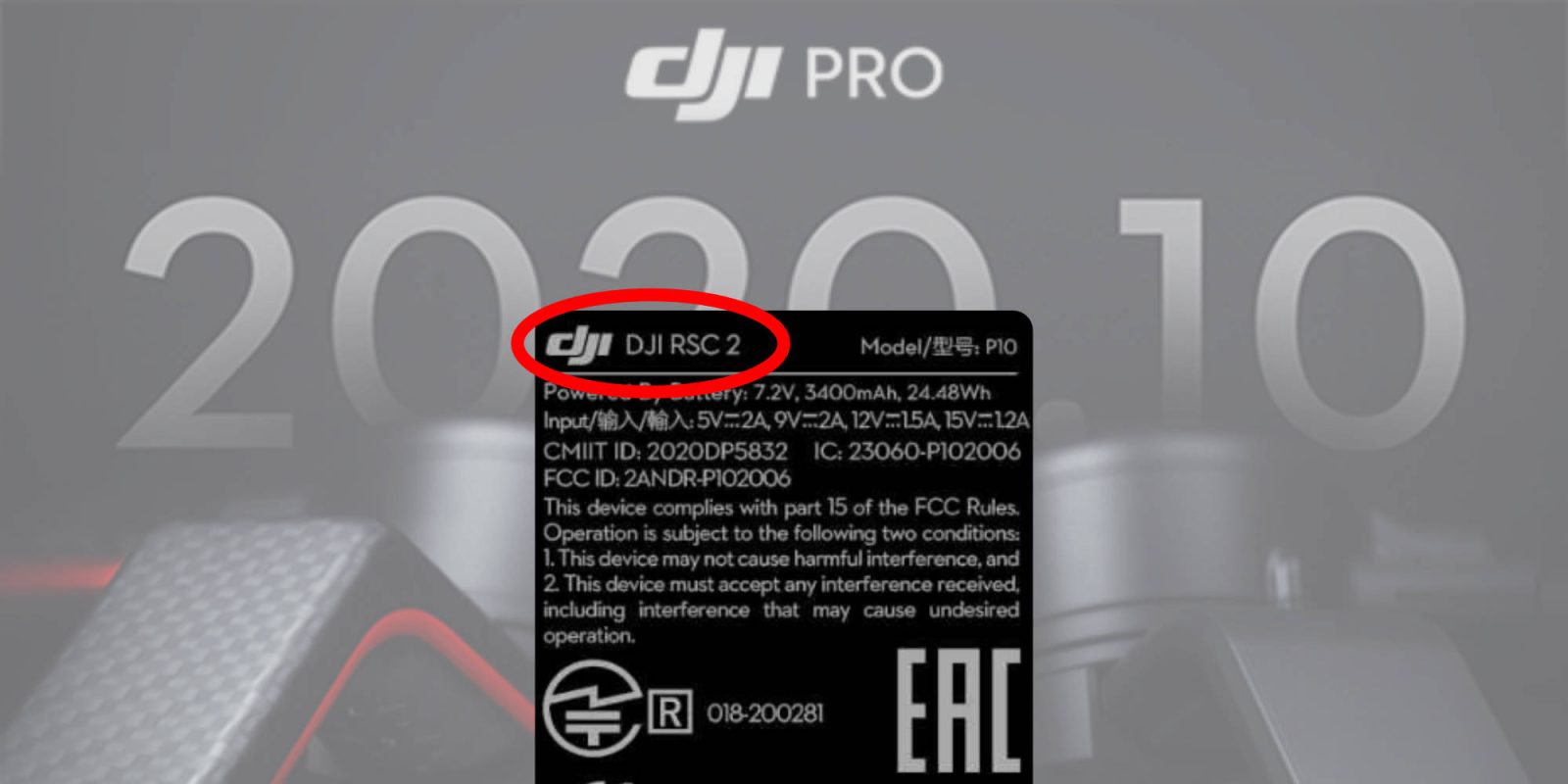 Earlier today, the DJI Ronin SC 2 passed through the FCC’s database, confirming one of the two new gimbals coming next month. The new FCC filing for the gimbal doesn’t tell us much, other than the new naming scheme and a larger battery.

The new gimbal from DJI was released on the FCC’s database today under DJI’s gimbal division, SZ DJI Osmo Technology Co., Ltd. The gimbal has the name DJI RSC 2 attached to it with the ID number as 2ANDR-P102006.

Taking a look at the label below, we can see the name of the new gimbal is now DJI RSC 2, which looks to be the condensed form of DJI Ronin SC 2. It seems like DJI is following the new naming format after it changed the name of the DJI Osmo Mobile 4 to DJI OM 4.

Also visible on the label is the battery information. We can see the Ronin SC 2 will have a 7.2 V 3400 mAh battery with a Watt-hour rating of 24.48. Looking at the raw capacity of the battery, the updated gimbal has a 38.78% larger battery compared to the original Ronin SC, which had a 2450 mAh battery.

Usually, a larger capacity battery means longer battery life. In this case, I don’t think that’s the reason. Since we have seen images of what looks to be a Ronin S2, we know that it is capable of carrying cinema cameras such as those from RED. The current Ronin S gimbal only has support for the Blackmagic Pocket Cinema Camera 4k, and that’s it. Going by this, it would seem that the maximum load for the RSC 2 will be raised, which would require more power to stabilize heavier cameras, resulting in the larger battery.

We don’t know that DJI is replacing the Ronin 2 with the S2 for sure, but a recently leaked image of the Ronin S2 holding a RED cinema camera suggests DJI has upped the amount of weight the gimbal can hold. The image also suggests the Ronin SC will be able to handle more weight and be the go-to gimbal for consumers and prosumers.

Learn more about the upcoming Ronin S2 and Ronin SC2: