Drone photos show a 55-truck pile-up in a snowstorm 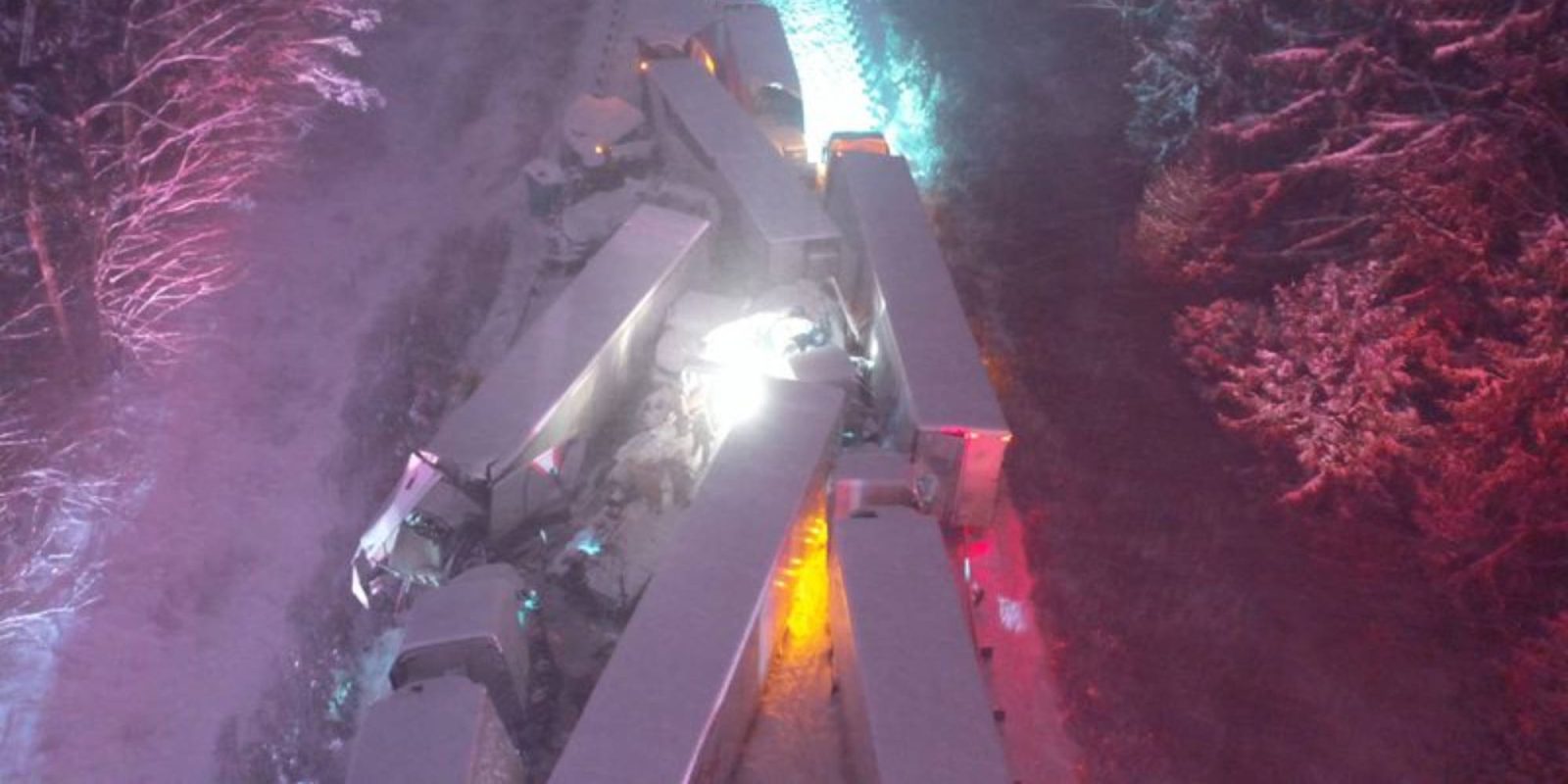 Drone photos released by Pennsylvania State Police earlier this month have shown a 55-truck pile-up during a recent snowstorm. In total, there were 66 vehicles in the pile-up, with the majority obviously being trucks and a few cars that happened to be in the wrong place at the wrong time.

The photos of the massive crash were released by the police a few hours after it occurred. The crash did, unfortunately, result in one fatality, with another fatality not having to do with the crash itself.

The pile-up resulted from multiple crashes occurring over a mile-long stretch along the westbound lanes on Interstate 80. The pile-up happened at around 3 p.m. EST and resulted in the interstate being closed for hours after crews came in to clean up the scene.

Before the clean-up crews did arrive, it looks like the police force got its drone out to capture evidence of the scene for later analysis and possibly for insurance purposes. It’s unknown if the police went as far as digitally mapping the scene to create a 3D replica or wanted the standard images.

Either way, it’s great to see police forces around the country beginning to embrace drone technology by letting it truly shine. Without a drone, an aerial image wouldn’t be possible without a large and expensive helicopter. The drone could have also been used to spot anyone trapped in or between the vehicles.

You can see how the trucks and cars had tried to slow down as much as possible, resulting in all lanes being blocked. These images are a perfect reminder for people to stay safe on the roads this holiday season and not drive if conditions are unsafe.

Check out the some of the other police departments worldwide using drones to aid in day-to-day duties: