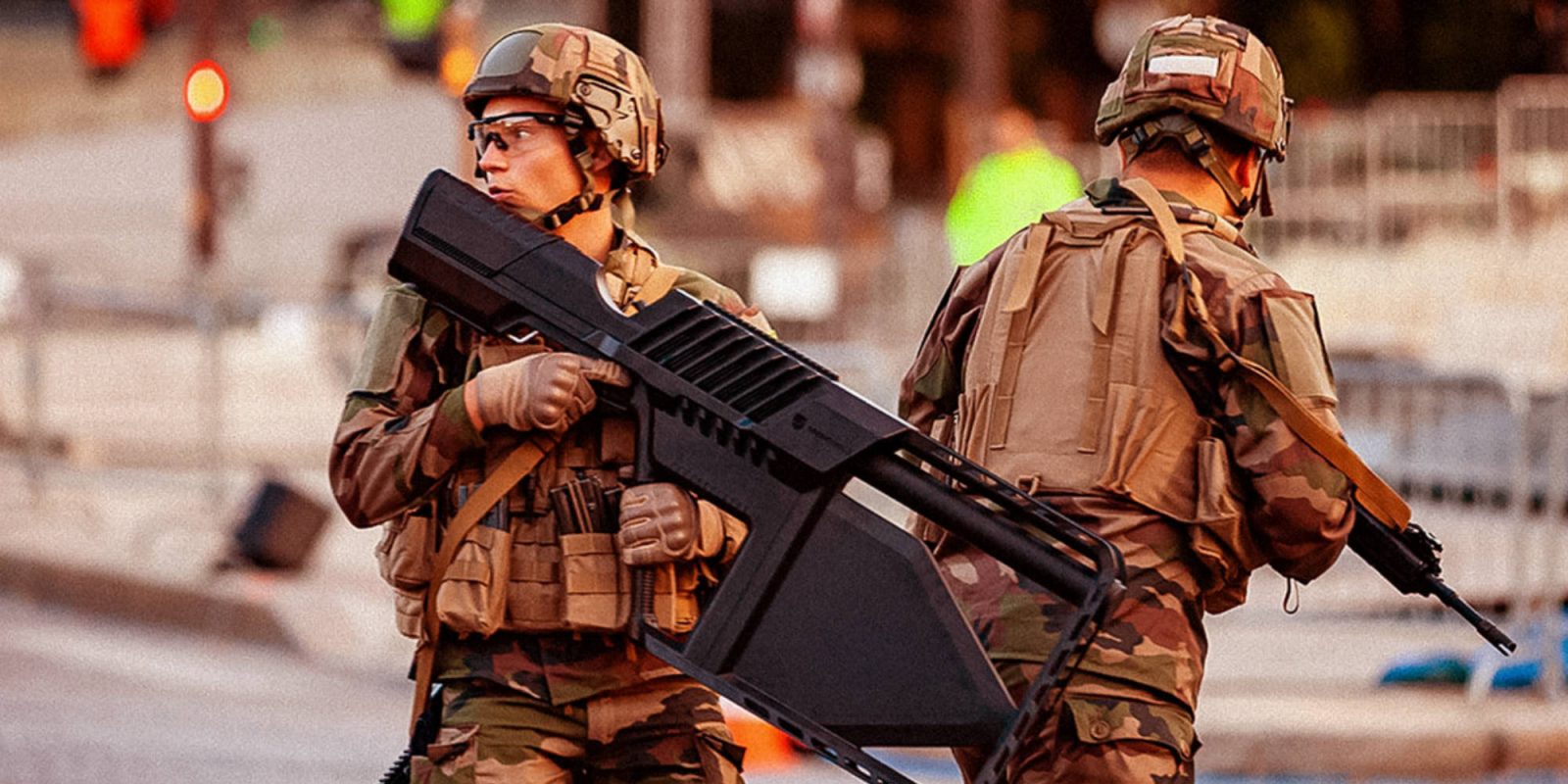 Counter-drone company DroneShield has announced (ASX:DRO) that it’s received a follow-up order from a Five Eyes government agency. The order is for the company’s DroneGun Tactical handheld counter-drone gun — one of its most famous products.

The Five Eyes is an alliance between five countries, the US, Canada, Australia, the UK, and New Zealand, which means they work together and share information on signals intelligence.

The DroneGun Tactical is essentially a gun that shoots out a signal, which jams a drone’s connection to its controller, forcing it to land on the spot or initiate a return-to-home sequence. The gun has a range of 1.24 miles and can take down most consumer drones without issue. DroneGun uses a 14.4-volt battery and weighs 16 pounds.

“This order demonstrates adoption of our products at a mature sales cycle level, where ongoing repeat orders of meaningful scale start to occur. There is necessarily a larger upfront effort in developing the technology and achieving the initial adoption by tier 1 customers. This order shows DroneShield moving to a subsequent phase of ongoing sales without requirement of testing and evaluation prior to each sale, as our products become the standard for counter-UAS technology amongst leading Government agencies globally.”

DroneShield produces its own line of anti-drone products, with the most notable being the DroneGun. The company is working with governments from around the world to implement counter-drone technology in the ever-changing environment. Some of the clients include the United States, the southeast Asian Army, and the European Union.