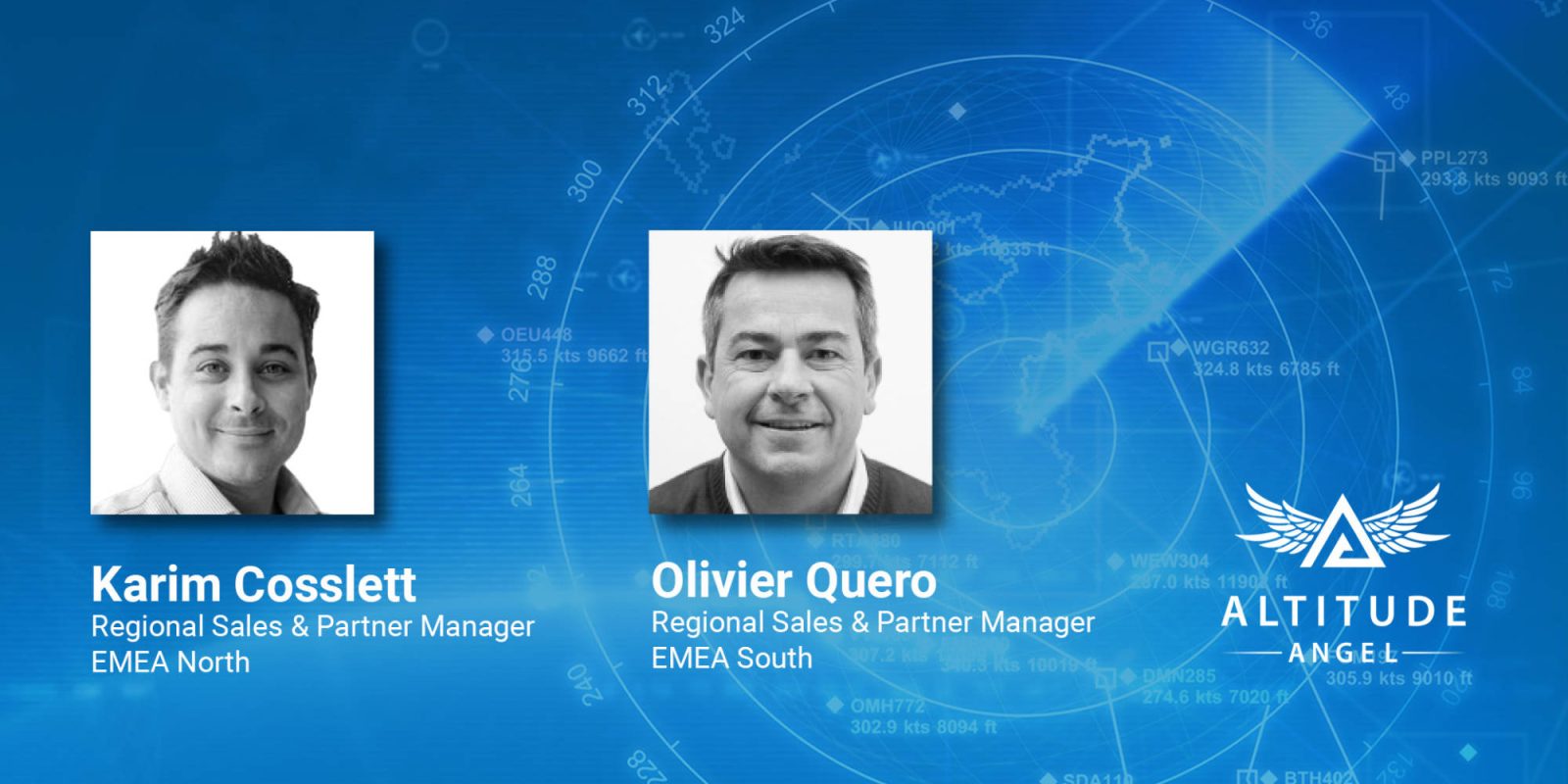 Altitude Angel has announced it has hired two new senior sales team members who previously worked at AirMap and SOARIZON. The two new hires will collectively work across the EMEA (Europe, the Middle East, and Africa).

Cosslett joins the company from SOARIZON, where he was the head of growth. His work at the company saw him create innovative and commercially viable solutions and build partnerships to improve the drone management products offered.

Before that, Cosslett was in the Royal Air Force, focusing on the strategic defense of aircraft, airfields, and counterintelligence in both Iraq and Afghanistan. He has also contributed his knowledge and years of experience to help mold the future of drones.

I have been a keen advocate of drone capability and the UAS industry for nearly a decade. Altitude Angel has moved rapidly to develop and deliver market-leading capabilities which are critical for the long-term evolution of the sector and to offer future scaled access to the range of societal benefits drone technology can, and will, bring.

Quero was previously at UTM platform company AirMap where he took up regional sales manager EMEA. He has also worked for companies in the telecommunication, media, and mobility sectors to help turn new technology into sellable services. Quero has also made strong connections with government bodies throughout the region, allowing Altitude Angel to create new connections and partnerships into the future.

The new European Regulation and the U-Space agenda are just a few of the key milestones the industry will need to navigate in 2021. We are at a cornerstone of the drone industry’s development and Altitude Angel’s expertise will undoubtedly help the entire ecosystem to embrace UTM technology.

The news comes after Altitude Angel announced its Drone Zone, which will be around eight kilometers (five miles) in length and 500 meters (0.3 miles) wide with enhanced detect-and-avoid capabilities. The drone zone will be operated and managed by Altitude Angel. It can support fully automated drone flights beyond visual line-of-sight (BVLOS) from any drone manufacturer that complies with a few technical integrations without the need for specialist hardware.

GuardianUTM allows software developers and drone manufacturers to access tools and data that are accurate, up-to-date, and relevant to better understand active and past drone missions. The platform helps drone pilots follow local flight rules and avoid mid-air collisions with a dynamic alert system. GuardianUTM also includes data from local air authorities such as altitude restrictions, No-Fly Zones, and NOTAMs to ensure operations are as safe as possible.