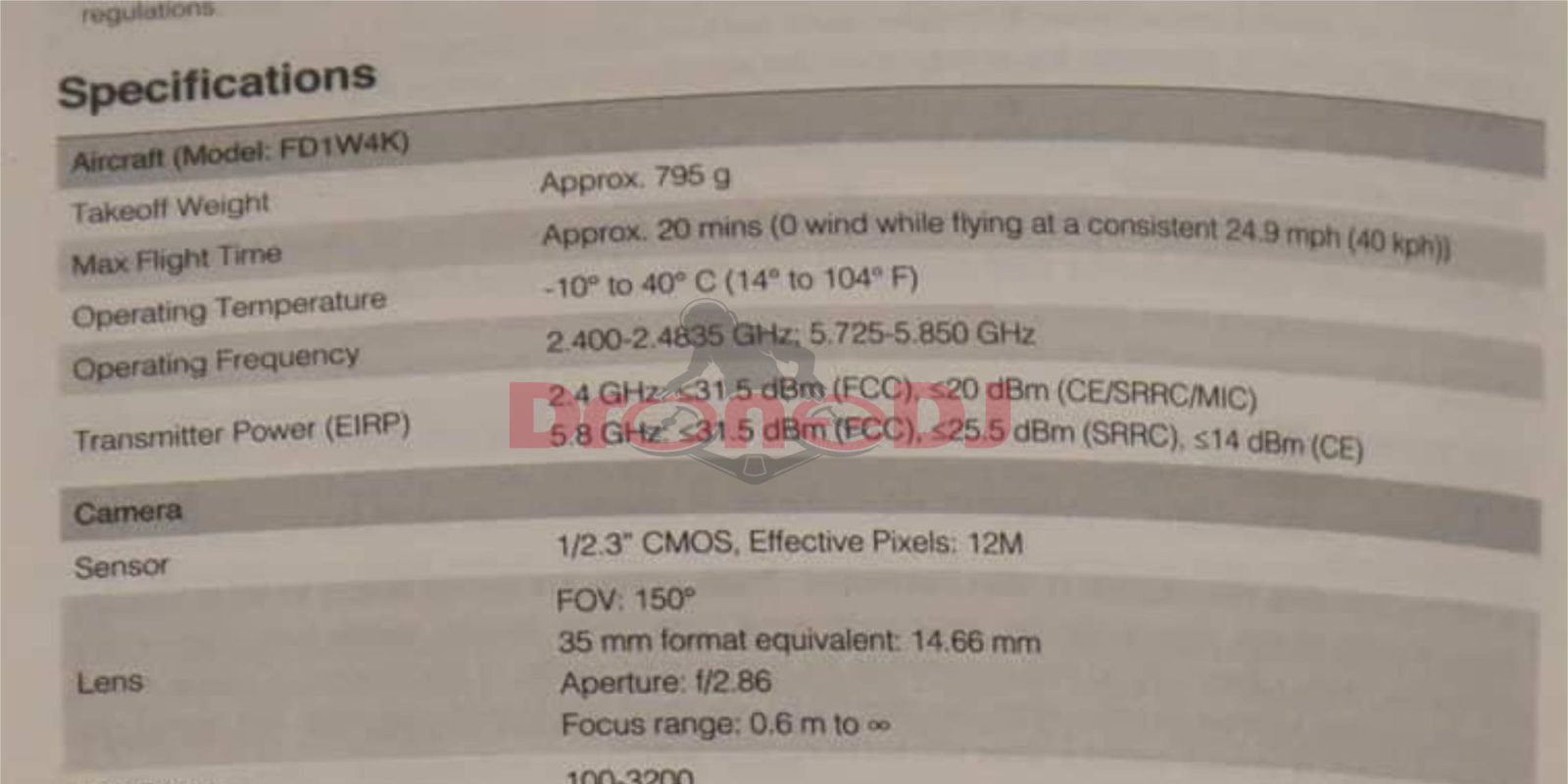 As we begin to near the release of DJI’s Flash FPV drone, more leaks are beginning to surface, including the camera specs, which we will look at today. Looking at the image of what looks to be the manual that will come with the Flash FPV drone, we can see pretty much all of the important specs.

The drone can record in MP4 or MOV formats using H.264 or H.265 video codecs. The camera’s bitrate isn’t shown, but it will likely be around the 100Mbps mark like the DJI Mini 2. It appears that DJI has gone for a smaller sensor, presumably the same as the Mini 2, rather than going for a 1/2″ sensor found on the Mavic Air 2.

From the photo, we can see the model is FD1W4K, which seems to match up with the Flash naming we have seen in the past. The model name stands for something like Flash Drone 1 Wide 4K. The drone weighs 795 grams, with the battery included in that, and a maximum flight time of 20 minutes. The controller weighs 346 grams and comes with the model name FC7BGC.

The drone can fly in temperatures of -10°C to 40°C ( 14°F to 104°F) and operates on the 2.4GHz and 5.8 GHz frequencies. While it’s not mentioned, the FPV drone will likely use DJI’s OcuSync 2.0 transmission technology as it states it has a maximum transmission range of 10 km. This means it will technically be compatible with the DJI Smart Controller, but it probably won’t be updated to work with it.

We have previously seen videos and photos of the DJI FPV drone battery but haven’t seen the specs of one. We know the battery is a 6S LiPo and has a capacity of 2000 mAh at 22.2V, with an energy of 44.4 Wh at a discharge rate of 0.5 C, which explains the larger battery leads we have previously seen. It can be charged at a maximum speed of 90 W.

What do you think of the camera specs? Would you have liked a larger sensor and more recording options? Let us know in the comments below.