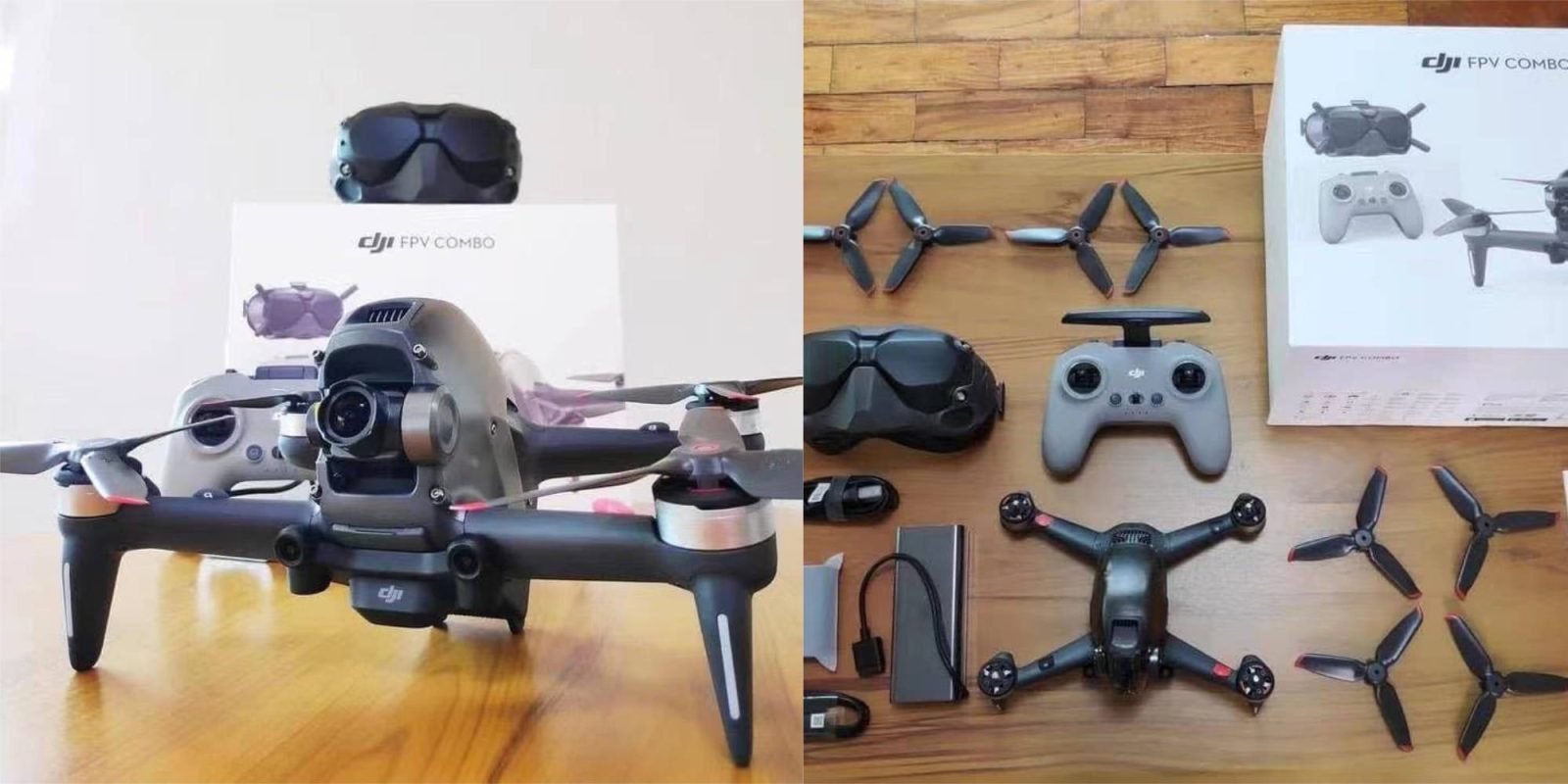 After two images leaked online yesterday, we now have more pictures of the drone and what we can expect in the DJI FPV drone combo box. The combo appears to be the equivalent of DJI’s fly more package with everything you need to get the FPV drone in the air.

Four new images have appeared on Twitter earlier today of DJI’s upcoming Flash FPV drone. This time, we can take a look at what will come in the box of the combo version.

Two images come courtesy of anhar safta, who appears to have found them in a Facebook group, and the other two photos come from OsitaLV.

The first image, which doesn’t show us anything, is just a box with a broken seal and a sticker that says “Keep Sealed Before Release.” The box is likely for the upcoming DJI FPV drone. It’s not clear who received this box, but it’s likely early stock for a re-seller.

What’s in the box?

The next set of images show us the combo box for the FPV drone, which we have seen before. We also get a look at the box’s contents, which we haven’t seen. You will get the drone in the combo box, two sets of tri-blade props, the new FPV controller, the new FPV Goggles V2, and a battery charger. That’s all that we can see, but it will likely come with three batteries and a carrying case of some sort. There might even be ND filters like the Mavic Air 2 fly more combo comes with, but we aren’t too sure.

While writing this post, another image has appeared online courtesy of Osita. The photo shows the FPV drone with its controller and five batteries. There looks to be mesh right behind the table, suggesting this is in a testing facility or a DJI store with a demo flight area.

The image doesn’t really tell us any more about the drone other than the batteries look like they take up most of its body, and the charge has two USB ports to charge the controller and goggles.

As Chinese New Year has now hit, we are in the expected release window for the DJI Flash FPV drone. We learned about an upcoming giveaway from DJI that includes a new mystery product, with the winners being announced on March 10, giving DJI up until March 9 to release the drone. On top of this, we also saw a battery for the DJI FPV drone appeared on Amazon Germany with a release date of March 2, putting it right in the timeframe.