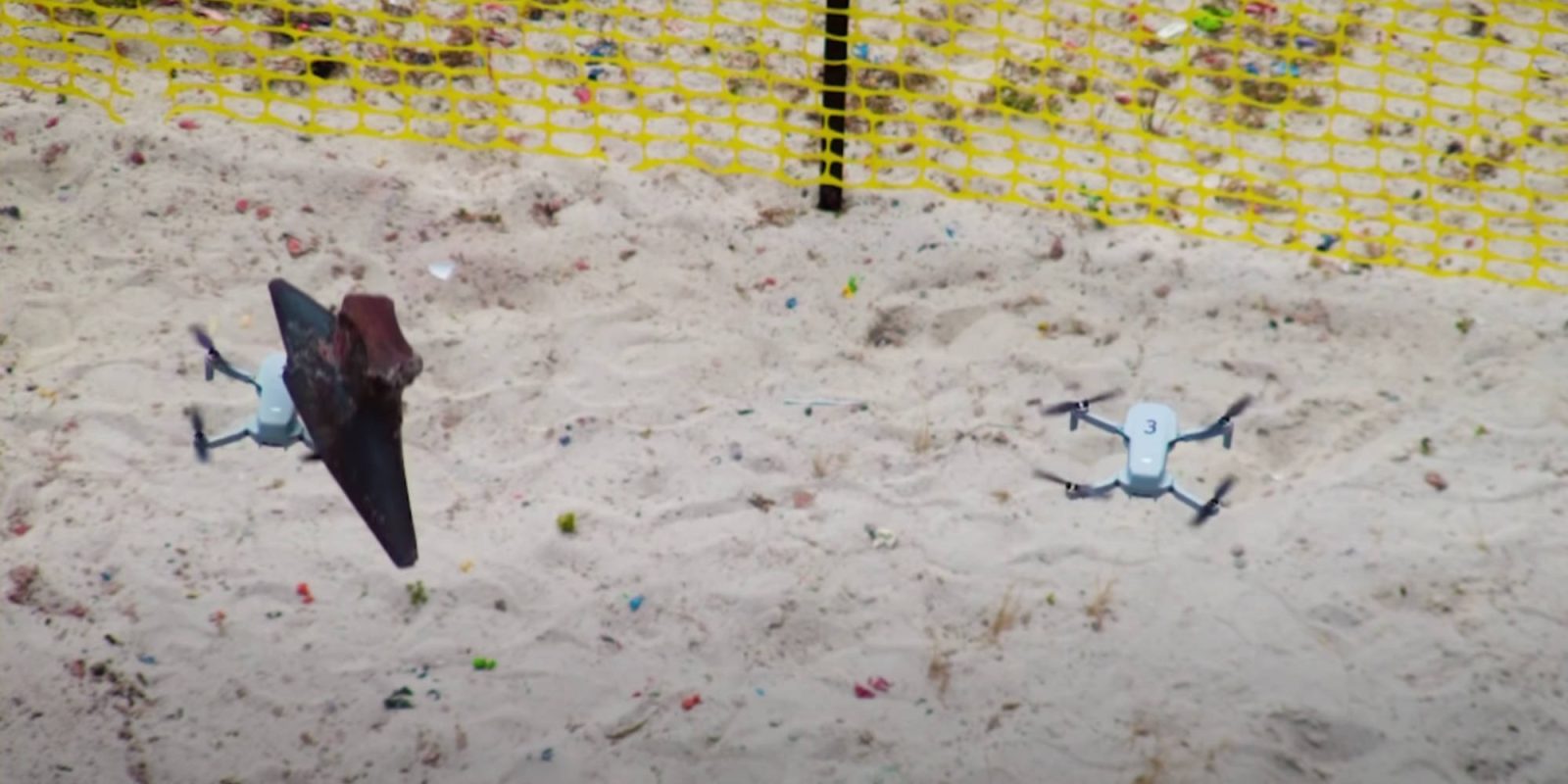 Perth, Australia-based YouTube group How Ridiculous, best known for dropping things off a tower, has dropped various objects onto drones below, while the drones try to dodge them. The one object that one of the drones didn’t miss was an anvil, making for epic destruction.

Skipping past the sponsor spot and a recap of past videos featuring RC cars, the group decides who flies first by having an RC car race in the drop zone. Now, on to the drones and dodging the falling obstacles.

The first two things dropped onto the drone were a tire and sword, both missed, of course, keeping the drone in the air. More objects continued to rain down on the drone, with all of the objects missing or the drone being able to get out of the way in time.

A few close calls and a few objects managed to scrape the drone’s blades or kick sand back up into it. However, the DJI Mavic Mini used in the video stayed flying for now.

Now, time for the final object, the anvil. Two drones were set up and put in place right under the drop zone for the last few objects being dropped. After a few objects missed the drones, the anvils dropped, with one of the drones getting hit and being obliterated in the process.

The anvil hit the drone on its right side, with the plastic pretty much falling apart under the impact, sending the drone flying to the ground, with even more bits flying all over the place. Be sure to watch the video below to see the footage of the crash!

Check out some of the other cool drone videos we have taken a look at in the past: